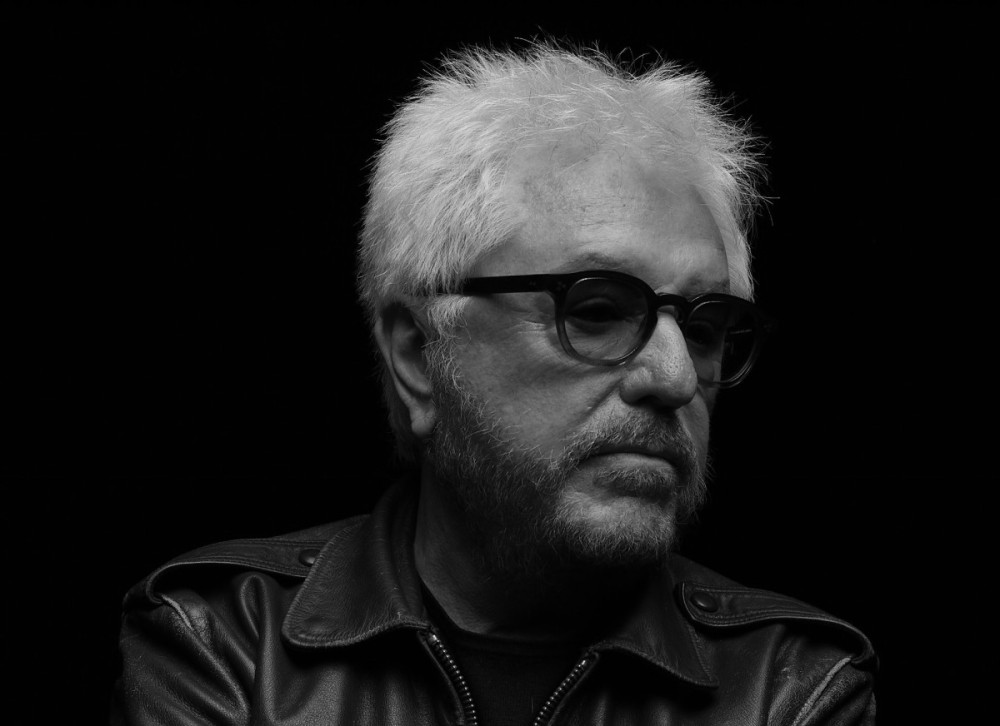 I've been told you can't truly know disco unless you were there when it started. And while I am obsessed with the modern sounds of Disco and Nu-Disco productions, there always seems to have been a missing link in my knowledge of the genre.

So with the release of his new album, 'Cerrone By Cerrone,' we decided to invite this godfather of '70s disco to curate his favorite songs that he believes defined the genre; both in its original iteration and in its more modern form.

So let's dive into the ten songs that shaped the genre of disco through the ages.

Stream 'Cerrone By Cerrone' Below

This album is a testament to the artist's career that spans the better part of five decades which is an impressive feat in its own right.

Throughout the album, Cerrone revisits a choice selection of his most popular hits and most iconic tracks. These reworks include new features and guest collaborations and are all mixed by the artist himself.

'Cerrone By Cerrone' has a little something for everyone; timelessness, sexy aesthetics, hedonism, funk, and insatiable grooves. I wasn't there for the heydays of disco, but this album brings a level of verisimilitude to the genre that modern disco fans need to feel like they were there during the genre's best moments.

It always brings me memories from that period. The single version was released a couple of weeks before the release of my debut album, 'Love In C Minor', and it's from there that Casablanca Records asked Giorgio Moroder to create an extended version.

It would be difficult to find a more happy track than this one! I had the luck to meet Nile Rodgers at Atlantic Records at the beginning of that huge Disco period.

And every time I listen to Chic, I have memories of all the good times we shared on stage together, like in Paris (at Olympia), in Switzerland (at Montreux Jazz Festival), etc.

This track may be considered as the beginning of Electro-dance music, and it is still a reference today.

No doubt that the "brand" Sylvester and Patrick Cowley was a huge influence for countless Dance Music producers. If these two artists were still alive, one can imagine today's Dance Music might have sounded differently.

Every time I listen to this track I feel delighted as it is really the typical sound of 70's Disco, the kind I really enjoyed listening to.

Although they've made other hits, this one is, in my humble opinion, the most emblematic, both for its Disco-Funk melange as well as the overall Disco spirit.

Again, a great classic of 70's Disco music, powerful and stately. I met them at Atlantic Records and also when we were awarded during the Billboard Awards in 1978. Earl Young is a top groovy drummer, just as I like.

It would have been great if we could have done something together, unfortunately, we never had the occasion.

Bob Sinclar - Feel For You

This track features actually one of my first "official" samples (taken from Look For Love), which Bob Sinclar has turned into a very efficient modern Disco track.

For the little anecdote, when he asked me for the clearance of the sample, I found that it sounded so close to my productions of the 70s, that I offered him to come and join me in L.A. in my studio, to use my backup singers, which he did. And it became a major hit in the summer of 2000.

Wow ! Definitely a great tribute to 70's Disco. To me, it's the best example of this real new Dance Music culture, whatever it can be called (Disco, Electro...).

When you listen to their music, you have not only that groove, but It's also something very visual, exactly what we did back in the 70s in our productions: to make the dancers trip around our music and productions.

Stardust - Music Sounds Better With You

This track was made by one of the Daft Punk guys (Thomas Bangalter) and it defined in 1998 the use of a sample with a powerful Disco-dance beat. Brilliant!

A beginning milestone in this movement of talented DJ producers that have become massive ever since and has influenced many others.

Based more or less on the same principle as for the previous track, 1999 uses a sample of Donna Summer (Hurts Just A Little). Cassius, just like Daft Punk, is among the very first initiators of the "French Touch" style which appeared in 1995.

Funny enough, at the beginning of my career, my productions were called "French Sound", which has become 20 years later the "French Touch".

Eric Prydz - Call On Me

A minimalistic Disco-dance track is also based on a sample (from Steve Winwood's Valerie) which made a huge hit back in 2004.

Fun fact about that, this track was originally made by Thomas Bangalter and DJ Falcon when they played it first in a DJ set but never released it. It was finally Eric Prydz who took over on this track by releasing it with a slightly changed version and with the proper sample clearance.

Who Is Marc Cerrone?

Marc Cerrone is an award-winning, chart-topping French disco artist, drummer, singer-songwriter, and record producer who has sold over 30 million records worldwide. His most celebrated works include the iconic disco hit ‘Supernature’ from 1977 and the 1976 single 'Love in C Minor'. This period of his material charted new territory for disco music by merging electronic synthesizers and traditional symphonic orchestrations in a way that hadn’t been heard before.

Cerrone’s career spans over four incredible decades, from his underground output to worldwide chart-topping smash hits. He has worked with prominent musicians such as Nile Rodgers, Toto, Laura Branigan, Jocelyn Brown, LaToya Jackson and Axelle Red, and inspired countless acts who have sampled and interpolated his music, including Daft Punk, Modjo, Bob Sinclar, The Beastie Boys, and Run DMC.

More recently, Cerrone collaborated with German producer Purple Disco Machine, the king of new wave disco, on the spellbinding hit “Summer Lovin’”; a carefree track that has been playing on repeat all summer.