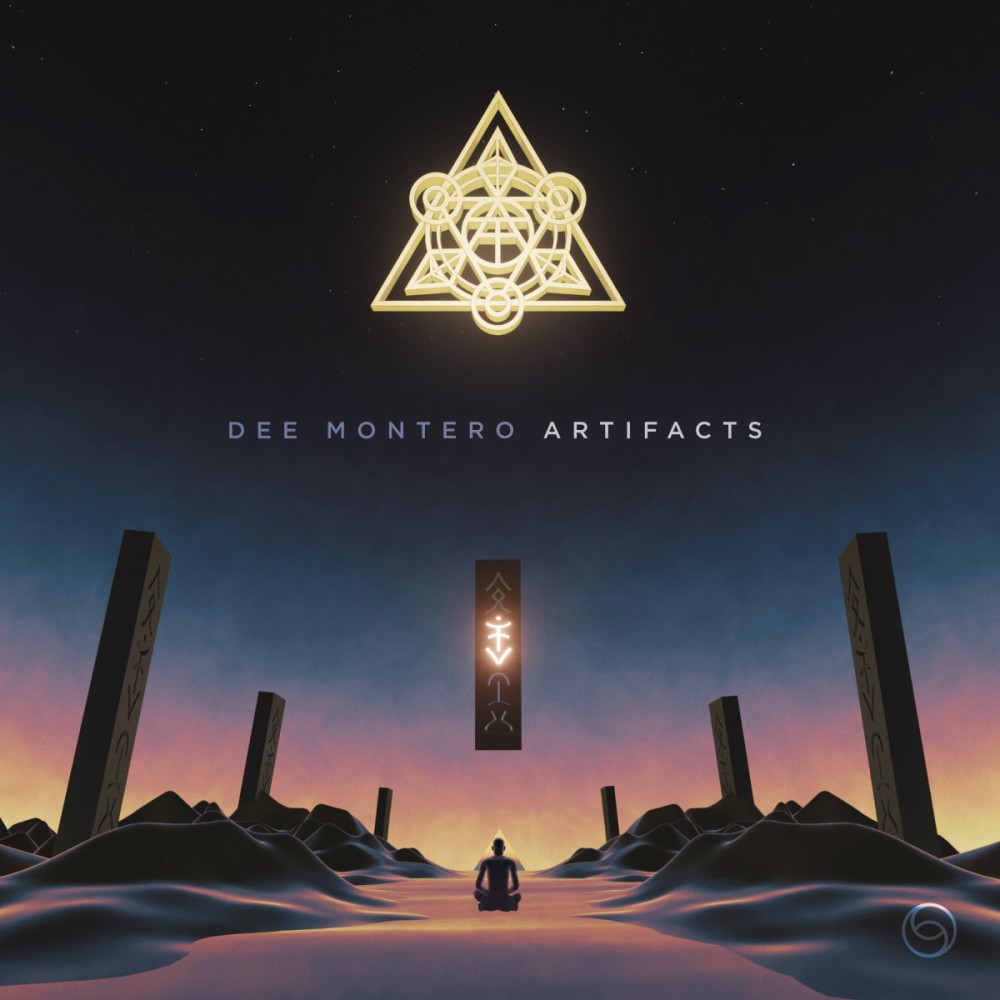 On July 1st, Dee Montero presented his debut album Artifacts to the world, the first long-player project on his burgeoning Futurescope imprint. Born in the early stages of lockdown, Dee began digging through unfinished projects.

The result is a twelve-track selection of melodic and introspective electronica, orchestral, breaks, and house. The LP format is better suited for those "open-minded, post-club after hours and sunset moments", the slew of organic samples and ethereal vocals comprise the mostly instrumental soundscape.

Releasing on a myriad of labels such as Anjunadeep, Tale & Tone, Do Not Sit On The Furniture, All Day I Dream, Knee Deep In Sound, and others on his musical journey, Montero continues to shine within the realms of melodic house and techno. The past two years have been the most transformative for Montero in shaping his sound while crafting the vision in the lead-up to his biggest project to date.

How to listen to Dee Monteros' new album

There are a couple of ways to proceed. First, you can listen to the whole album, which you will find below, and then read the notes. Or, read the notes as you listen to each track. This will completely change your perspective on the whole release itself and bring you closer to the artist and their work.

Below, he lays out a track-by-track breakdown and behind-the-curtain view into his new album for the newest The Director's Cut.

I made this when everything came to an abrupt halt in early 2020. It really set the tone for the album and was the obvious choice for the ambient opening track. It’s melancholic and spaced-out but full of hope and optimism… A message that nothing remains still forever.

‘Surya’ is inspired by my time as a sunset DJ in Ibiza during the early 2000’s. Meaning ‘Sun God’ in Hindu, the songs duration is approximately the time it takes for the sun to disappear under the horizon as soon as it touches the sea.

It’s a laid-back introspective track with warm chords, balearic guitars and a loose broken beat for those summer days and nights.

A nostalgic 80’s inspired track which I rediscovered going through my archives. ‘Satori’ shaped the album’s sound and direction early on and it’s a nod to my early influences Depeche Mode and Jean Michel Jarre with hints of electro and Italo.

I used some of my fave synths like the Oberheim, Moog Sub37 and Roland SH-101 to create that arpeggiated and evolving analog sound.

Heading into deep organic territories now. I sampled the vocal from a Joesph Campbell interview who was a lecturer and expert in mythology, dreams and eastern philosophy. I’ve been reading his books such as ‘The Hero With A Thousand Faces’ which inspired George Lucas to create ‘The Force’ in Star Wars back in the 70’s.

His chilling words combined with ethnic kalimbas and haunting pads really brings out the emotion in the track.

I felt ‘Opia’ went under the radar during lockdown when it originally appeared as a b-side on my Perpetua EP in 2020 so I made a shorter edit for the album. I recorded the African vocal sample on my iPhone at a live music hall in Austin Texas during SXSW in 2018.

I still have no idea who the singer was to this day but that short 10-second sample really took the track to another level. I love the amalgamation of Afro, Organic and Melodic house on this.

I produced ‘Farlight’ in 2019 in between tours which features the vocals of French-Sengalese songwriter Awen who I met while DJing in Hong Kong. It was put on the shelf but later reemerged when I added the uplifting brassy lead which brought the track back to life.

It’s the third single and was recently released as a full EP with different versions as I couldn’t decide which mix for the album.

This was the first single which started out as a percussive Middle Eastern-esque string track. It needed an extra element and while going through my sample library I stumbled across the vocal chant ‘Dawn of the Iconoclast’ from 'Papua New Guinea'. I sporadically used it throughout so it wouldn’t sound like an obvious cover.

It’s a homage to Future Sound Of Sound and Rodriquez Jr did a fantastic remix bringing it bang up to date!

‘Ananta’ has an epic cinematic tribal sound similar to one of my older tracks ‘Polaris’, which is also rich in orchestral strings and French horns.

The ethereal vocals are by Jane Marie an opera singer from Hong Kong who recorded the parts for me pre-pandemic that I never got around to using. Another example of the limitless possibilities and ways you can recycle old parts and samples into a fresh new context.

Experiencing the beginnings of dance music in the early 90’s in Belfast and seeing acts like The Prodigy and Orbital was extremely important in my formative years as a DJ producer.

On this track I sampled some of my favourite old school breakbeats and vocals from that era combined with euphoric Vangelis style pads and spiralling trance-y synths. An uplifting track that fuses elements of the past, present and future.

I’ve been working with Meliha since 2017 with tracks ‘In The Wild’ and ‘Headspace’ so it was nice to reconnect during lockdown at opposite ends of the world. It’s a song about the longing for teleportation at the time of travel restrictions and quantum leaping through our electronic devices to connect with one another.

A blissful breaks track which appeared on my Futurescope Stream in 2020 but was actually created in 2018 on the Shinkansen Train from Tokyo to Kyoto. I love jamming on my Push controller while on the road.

Sometimes creating with no intension or mission tends to lead to more interesting outcomes. I’m glad I hit record in Ableton as it would have been impossible to recreate the lead melody line!

I wrote this around the time my Dad passed away in July last year while I was living in Bali. Meaning liberation and release in Buddhism, Moksa felt like the right note to finish the album on especially now we have more freedom to live life with less restrictions.

It’s an optimistic and hopeful track for the future and a tribute to my Dad.