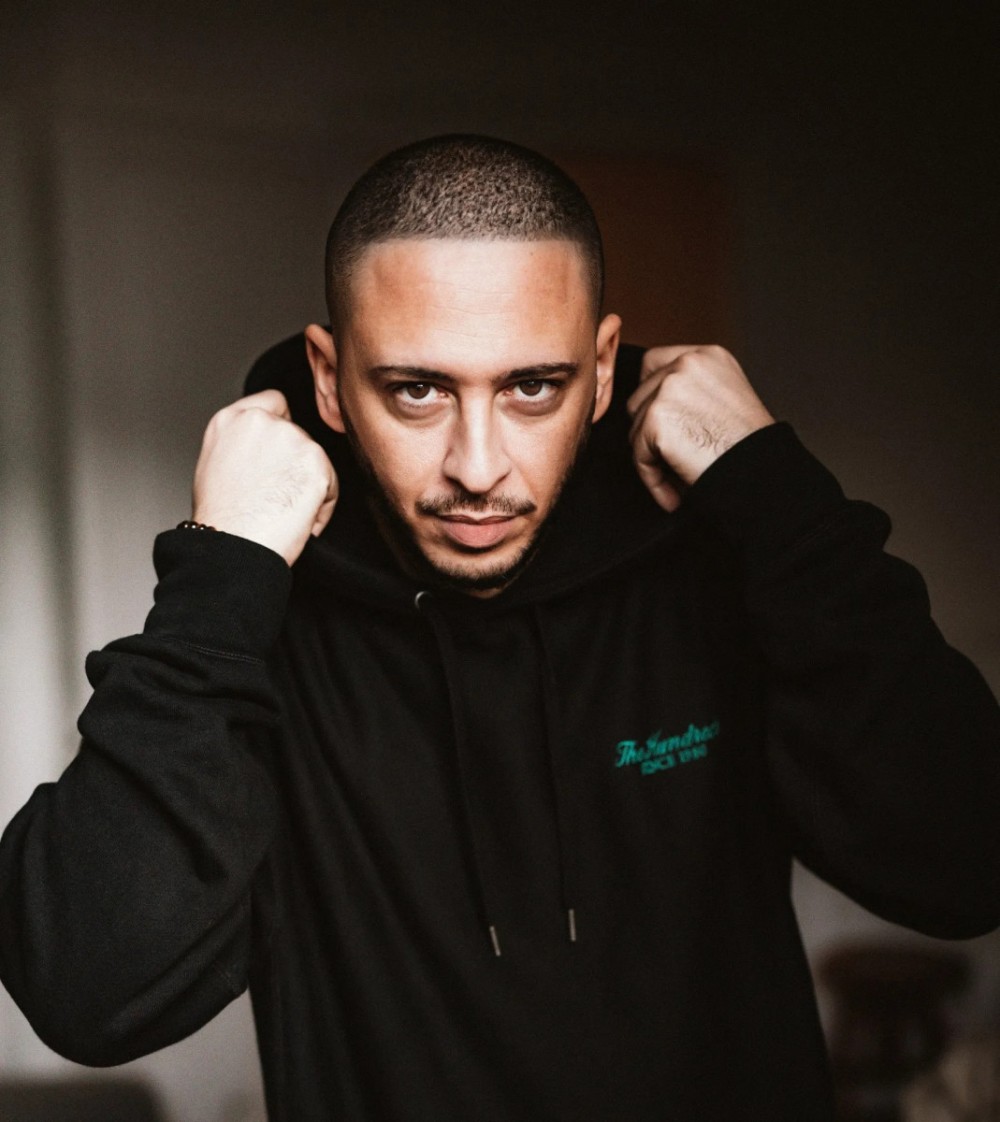 Sirus Hood is a French producer and DJ whose House tunes are signed to CUFF, Dirtybird, and Hot Creations and has held DJ residencies in Ibiza, London, and Paris. From the age of 10, his music tastes were driven by his older friends, who gave him mixtapes recorded in a legendary club in Algier.

At the age of 18, he purchased his first vinyl turntables and quickly became a regular DJ at every Parisian club. From there, he became a self-taught producer, prepping the way for his new project under the alias we've come to know as Sirus Hood.

Ahead of Hot Creations' seven-day takeover of Yacht Week as part of the epic 10 Year Anniversary world tour, we sat down with Sirus Hood to chat production, travel, sneakers, and the mix he provided us.

Have you ever played a DJ set on the high seas before?

I have played on many beaches in the world and cliffs. I also played on a boat in Buffalo, USA that was navigating onto the Canadian border and close to Niagara river that leads to the Niagara Falls, but never on the high seas which is very exciting for me. I feel that the vibe is more intense and energizing when we are surrounded by water. I love the sea so much.

What can the Hot Creations Yacht Week crowd expect from your set?

We can expect positive energy and cool vibes but for the music it’s better to not expect anything and to be very open because I plan to play with the minds and the moods. The only thing that matters for me is to touch the hearts.

Your first release on Hot Creations was a two-track EP titled 'Rip Tide' in 2020 with Paco Wegmann. Anything new on the horizon slated with the legendary label?

Rip Tide became a classic that is still played today. I don’t believe in over releasing music, however I believe more in releasing music that will last. Jamie Jones started to frequently play a new track of mine that will be released on Cuttin’ Headz. For months, this is track is played in almost every set from The Martinez Brothers. Lately my focus was on the launch of my label Mood Child with Manda Moor. We focused on making music for our label. For Hot Creations I’m currently cooking something.

Looking at your past and future gig history, you have quite an illustrious and diverse list of travel destinations. What’s your favorite food to indulge in when you’re on tour?

Diversity is my favorite thing in music, in people and in food. I love discovering cultures and the best meals that we can find in each of them, like the best burger in New York, the best tacos in Mexico, the best couscous in Algiers or the best pasta in Rome. At the moment I miss fish shack in Ibiza. It’s a little restaurant on a cliff, no menu, only the catch of the day with steamed potatoes and a fresh salad. Find me there on August 10th which is also the day of my gig at Paradise Amnesia.

Do you have any tips/tricks on traveling to new places when you’re on tour? Do you research sites to see/food to check out etc, out for you wing it and ask the locals?

Instagram is very helpful so every-time I see a post about a unique restaurant I save it for my next visit in that city. Otherwise I trust locals and reviews to discover new things.

Moog Mavis Review: The Powerful DIY Analog Synthesizer Your Wallet Has Been Waiting For <<<

When producing, do you have a go-to sample pack, VST or analog synthesizer?

Lately I’ve been using the MPC Live 2 that is very useful for traveling as it has a built in speakers and a battery. So I mainly use my own samples. I created sample packs called Mood Edits sample packs on Bandcamp in very limited editions. I included many sounds from my analog machines.

The Vol. 2 will be deleted very soon because the idea isn’t to have everyone to sound like me but more to help a selection of people who love my sound to achieve their goals by doing easily tracks that they will like without spending ages to find the right samples. When I’m not touring and I have time in the studio I love using my analog synth and drum machines to create magic.

I recently became a sneakerhead as a result of where I work. Do you have a favorite shoe?

Wow I will be honest with you, this hobby is dangerous and can quickly turn to an obsession haha. My fav that I wanted for years and I’m glad to have a pair now are the Air Max 90 Duck Camo. Good luck with your new passion!

You can check the mix down below. Here are a few words from Sirus about this mix:

I recorded this mix 2 weeks ago during our party Mood Child at Hï Ibiza in the Wild Corner. You can hear the vibe from the crowd. With Manda Moor we had the club for us all night long and this is only 1 hour from the 6 hours of the night. I’m glad to share this with you as it was a magical night for us.