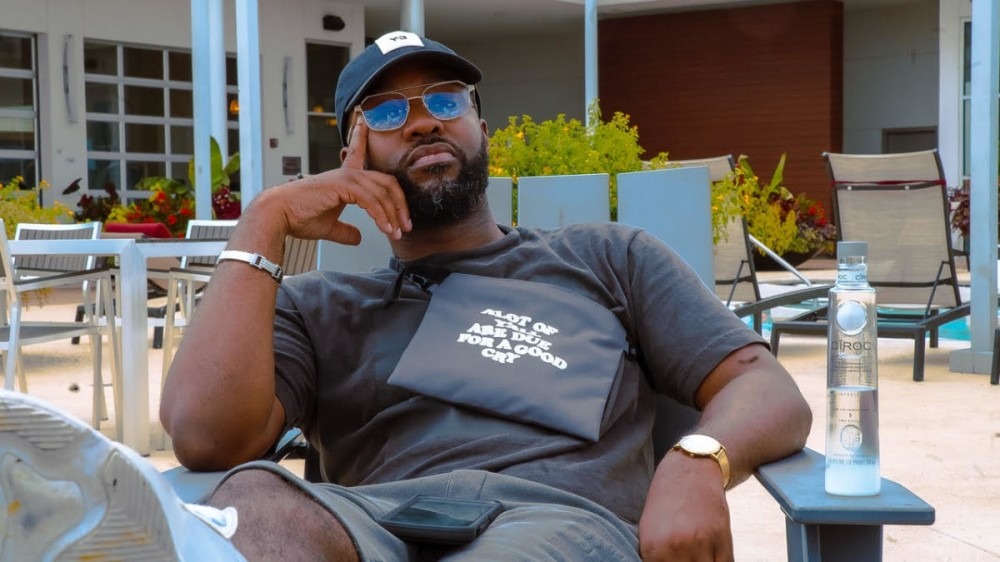 Reinventing yourself is essential in an industry that prioritizes constant trends to survive. For many artists, being able to adapt and change the tactics that they once used to become successful is the sole reason they are still successful.

Mark Williams Jr, professionally known as Mickey Factz, created his own brand, GFCNY, sixteen years ago, at a time when the industry was reeling from streaming and bootlegging. As one of the most prominent emcees in the blog era, he was a part of a class of rappers who were ahead of the curve.

Want to learn more about one of the blog eras' most popular emcees? We Got You

So if you are a musician, rapper, artist, or producer looking to redefine who you are in the music industry, you will definitely want to be taking notes because this interview was packed with knowledge that might just define your career.

All quotes throughout the article are pulled from our latest interview with the rap icon.

Marketing Yourself As A Musician Is Essential

For Mickey, adapting and reinventing himself is nothing new. As an emcee eager to gain attention, he first garnered a buzz for himself by building an online presence, releasing his first project in 2006.

In Search of N.E.R.D. put Mickey's name out there to the world and put rap on notice. Motivated to pursue music fully and unable to secure a label deal, Mickey quit his job in 2007 and started his own label, GFCNY (God, Family, and Culture) in 2007.

"GFC was a marketing firm that acted as a label and then a brand."

"Everybody on that cover had a co-sign. Except me."

On the same day of the shoot, Mickey secured a branding deal with Honda, serving as one of their spokesmen for their 2009 and 2010 vehicles. His style and charisma impressed the staff.

Doing the deal not only added to his buzz but also helped strengthen his brand as a talented artist who didn't rely on much other than talent to stand out.

"The Honda stands the test of time. It's not flashy, but it gets the job done. That's what I represented. I ended up doing two commercials for them as a result."

Build a Team of Like-Minded People to Help

Unemployed during the 2008 Recession, Mickey lacked the resources he needed to compete with other independent artists, many of whom were being courted by major labels.

"I built a team around me who were creatives just like me. I didn't have money, but I had a stylist. I had an A&R. I had a manager who helped with marketing as well. I had a producer ahead of the curve.

I also had a booking agent, attorney, and graphic designer. We operated like a label without the capital."

Consistent work helped Mickey land on the XXL Cover and brought countless opportunities his way. His marketing strategy of releasing new songs every week built his fanbase up and over time became the strategy several other artists would copy.

But despite his success, his biggest regret was failing to release music consistently after obtaining initial fame. Upset at how people began borrowing from his blueprint, Mickey halted his release of new music and stepped away from music for a few years.

I stopped putting music out because people copied what we were doing. I was arrogant. I shouldn't have stopped. Me not putting out music hurt me.

Capitalize on Every Opportunity

Me not working with Dame hurt me as well. He met Curren$y, Wiz Khalifa, Stalley and myself at the same time and I was the one emcee who didn't work with him. A lot of people built a name off of that and I just went in my own direction.

Mickey's decision not to partner alongside Dame Dash and his media company, Creative Control, played a role in the inertia his career experienced following his XXL Cover.

Love Indie Rap? Check Out Our List Of the Best Indie Rapper This Year <<<

Always Be Ready To Adapt

In the years since his first release, Mickey's underwent a few changes. Most recently, he's launched his own school, Pendulum Ink, to school upcoming emcees on the finer points of the genre, from battle rap and content creation to guest speakers.

"Pendulum Ink is an online school. Pendulum Ink is a school for hip-hop lyricism. We give students the tools to be better emcees. We teach everything from battle rap to content creation. We have Friday conferences with our students and we also have legendary guests speak to the students. There's also a mental health specialist on staff."