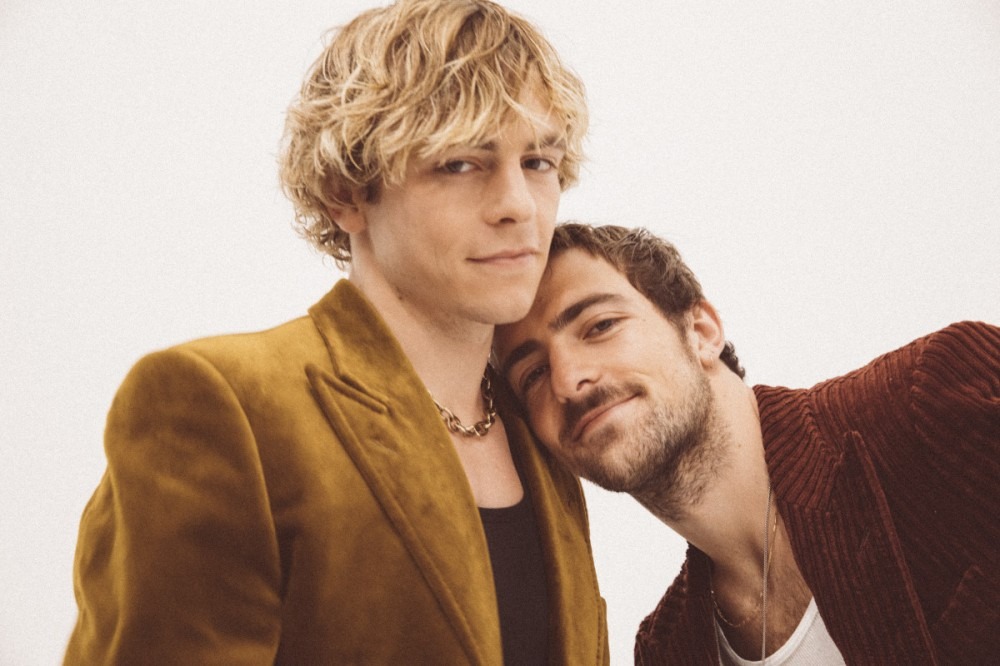 THE DRIVER ERA’s Ross and Rocky Lynch are more than just pretty faces. They’ve got pretty minds, too.

How do I know?

Well, THE DRIVER ERA spoke to me—a nineteen-year-old writer—respectfully. They listened to, complemented, and paused for more than a few seconds to think about my questions. As Rocky cradled a cream-colored electric guitar and Ross sat shirtless and wet-haired, they didn’t try to be anything but their most natural selves—which meant they were authentic, goofy, lively, and thoughtful.

But, yeah, they do have pretty faces. Here's a gallery of fresh press shots as proof.

Are you a photographer yourself? Learn how to improve your concert photography.

Ross and Rocky Lynch are the brothers behind indie-alt rock duo THE DRIVER ERA. Both used to be members of pop band R5, and Ross is often recognized for his prior work on Disney's "Austin and Ally" and Teen Beach Movie.

A tropical track that oozes summer, "Malibu" marks THE DRIVER ERA's first time collaborating with songwriter Griff Clawson. Clawson's three-day hangout with strangers in Malibu mainly inspired it, but Rocky and Ross noted they'd returned from summery locales prior to production, too. The song was bound to be beachy.

It makes sense, then, that Ross considers this song to be a form of “escapism.”

This one belongs on your beach drive playlist.

But I’m a college kid. I had to ask… Does “Malibu” have anything to do with coconut rum?

“You know, not really," Ross laughed. "It’s kind of funny that there’s a rum named Malibu. But, no, I personally think it’s about fond memories and great places and wanting to feel a way that you felt before.”

“We don’t really even drink Malibu, but we’ll probably start to get a bunch of free Malibu now,” Rocky added.

THE DRIVER ERA In The Studio

Calling themselves "wildflowers in the studio," THE DRIVER ERA likes to experiment.

It might not be inspired by its name-twin drink, but you’ll probably hear “Malibu” and their other tracks at the kinds of events that serve it. THE DRIVER ERA’s most recent music has, as Rocky called it, “a house-dancey vibe.” This differs a bit from their past tunes, which have leaned towards indie and alt rock.

THE DRIVER ERA isn't stopping at dance, though. June single “Keep Moving Forward” has “funk influences,” and other tracks on their upcoming record incorporate mid-tempo rock, grunge, post pop, “a reggae swing,” and even “emo pop.”

Sound chaotic? Well, not to the Lynch brothers. Ross commented on their process:

THE DRIVER ERA's Relationship With Their Music

THE DRIVER ERA’s mood affects their songs, but sometimes, it's the reverse.

Ross added that he’s become more and more “bewildered” by “the ever-changing nature of a song,” and how songs can “predict your life.” Rocky agreed.

“You’re like, ‘Woah! Shit… maybe I was onto something a couple of years ago!’”

Prompted for a recent example, Ross cited “Keep Moving Forward.” The song was especially applicable to both his and Rocky’s lives in “a very personal and business way.”

“It just kind of felt divine when it was coming out,” Ross reflected.

How Does THE DRIVER ERA's Music Evolve?

That doesn’t mean they’ll be getting bored, though. The artists joining them on the road—which will include Summer Salt and Almost Monday in the US—help create a “fresh perspective” on THE DRIVER ERA’s long-played tracks, keeping things interesting for both them and the fans. For Ross and Rocky, a song’s evolution doesn’t stop at release.

But some things stay constant. Every show starts with a pre-show huddle.

Seeing THE DRIVER ERA live? Peek at The Short Girl's Guide to Concerts.

Where Is THE DRIVER ERA Headed?

I asked whether there’s an “ultimate goal” the two have in mind for THE DRIVER ERA.

“You always are wanting to get better, and… if there's an actual physical manifestation of that where it's like, ‘Alright, yeah, well, we did have like a top 10 song,’ or like, ‘Alright, our record did huge numbers,’ or like, you know, ‘We're touring even bigger than use’ and all that's fine and good. And I think that is a cool indication that— that we are growing and that we are doing well.

And, and, it's gonna be a lot of fun. And yeah, yeah, at a certain point, you know, I guess you just get to a certain age where you just try to be there to witness all of it.”