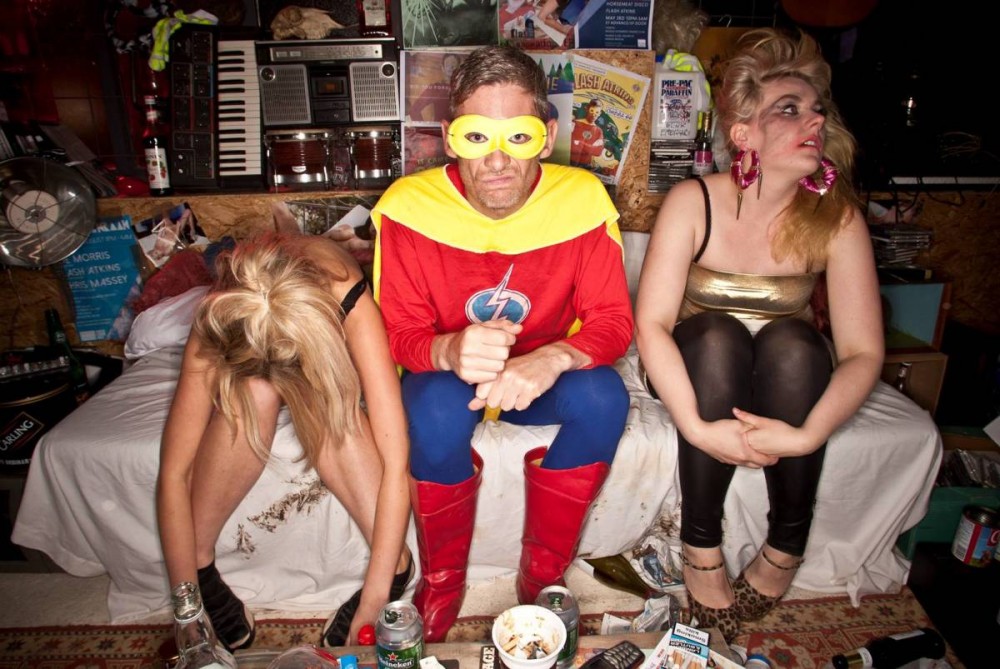 Ben Davis, aka Flash Atkins, has worked in music for over twenty five years that spans DJing, record labels, production, radio shows and film making. He began DJing in the mid ’90s in Manchester and went on to play at venues that ranged from superclubs like The Ministry of Sound and the Hacienda to underground spots like Plastic People and The End.

He co-founded Shaboom Records alongside Dick “Magik” Johnson as well as the seminal Paper Recordings in 1994, which is still going strong today with over 300 singles and 50 albums to its name.

Ben has made music under many different aliases including Del 5 (with Dick Johnson), Shaboom and the recent downtempo Stubb. He currently records as Flash Atkins, a tongue-in-cheek, down-on-his luck superhero who’s deep house and disco was a favorite of the late, great Andrew Weatherall.

He can be found on the globally syndicated radio show "Paper Air Waves," a monthly musical adventure with everything from African psychedelica, Scottish folk to Detroit tech soul, Californian drone, Asian field recordings, Thai Funk and the deepest of disco.

With that vast breadth of musical knowledge, he steps in for a Weedsday playlist. “I went for a playlist that is best heard lying down and the tracks all take you on a journey,” shares Flash. “It’s Africa heavy which is where most of the music I listen to at the moment seems to come from.”

Taken from the amazing album Psychedelic Sanza 1982-1984, Francis Bebey is up there with the greats for me. He goes from the pop of The Coffee Cola Song to some proper wigged out psychedelica like "Forest Nativity." He was fusing musical styles, instrumentation and synths long before anyone else to create something totally unique.

Alan Braxe is an amazing French producer…and this hits the sweet spot between euphoria and melancholia. It makes you want to burst into tears and get on a podium at the same time.

Clocking in at over an hour, this is utterly hypnotic. It has an acoustic guitar, a gentle 4/4 and Pere presumably recounting “L'Histoire de Moussa Tchefari.” My French doesn’t stretch far enough to know what he’s saying but it doesn’t matter. Light up a fat one and get lost in it.

One of the stand out acts on the brilliant Sahel Sounds, Les Filles De Illighadad make hypnotic desert blues. It is all the more special as the band is all women in an area dominated by men. I love music that takes you to another place and if you close your eyes with this on your headphones, you can almost feel the sand between your toes.

“Love Is A Hurting Thing” is perfect disco soul that packs an almighty emotional punch. The whole thing sounds like it’s about to fall apart at any moment. But let those strings wash over you and when the vocal hits, hold on tight!