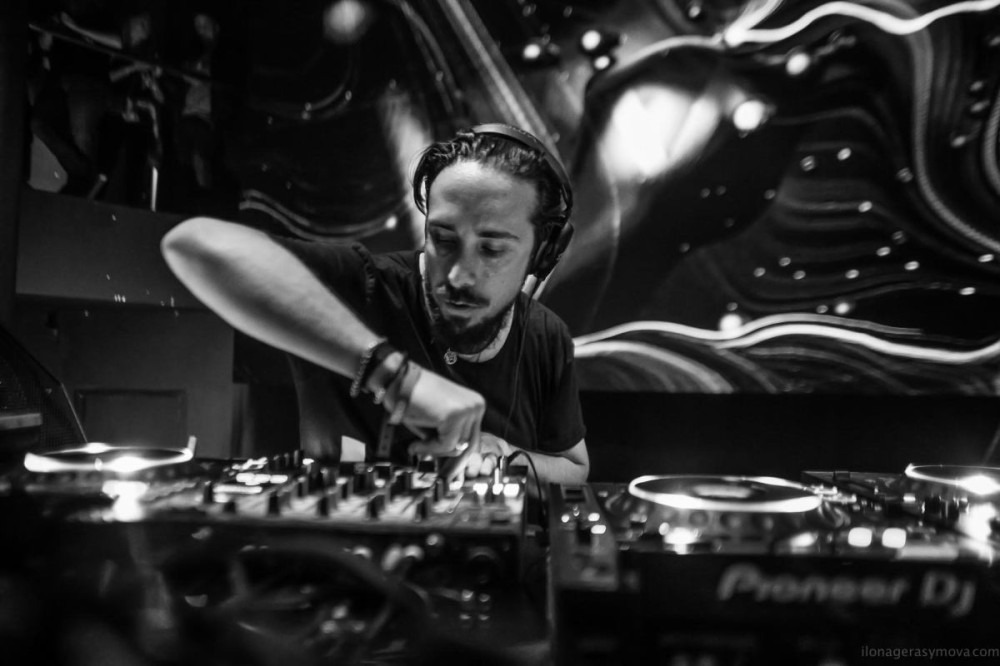 The history of electronic music holds a special place for this Madrileño artist who has played a crucial role in building the Spanish industry as we know it today. Since 1991, Cristian Varela has been at the heart of some of the essential episodes of techno's evolution, emerging as a true pioneer in one of the most diverse arts that make up the landscape of this profession today.

Cristian was one of the first electronic artists to produce live recordings, perform using four turntables, and play at major large-scale events and festivals. He has also set up schools and agencies for national and international artists. He has founded two record labels that have gone on to have a global impact, Black Codes Experiments, and P0RN0GRAPH1C Recordings.

We sat down with the artist and picked his brain about which labels across the industry have been shaping and pushing the sound of techno forward for the past decades. Whether you're a devoted fan of the genre or simply here to find some good music, Cristian Varela’s breakdown of the more influential techno labels is sure to be enlightening.

The EP itself has everything a fan of underground techno is looking for. The grizzled synths and pounding percussions simply drip with late-night peak energy while still boasting a maturity rarely seen in today's sounds.

Each track on the EP offers a fresh perspective to the classic sounds of techno, taking the listener on a complete journey from start to finish until finally slowing down the pace with the final song. This atmospheric breakbeat track is the perfect way to bring the release home.

Stream the entire EP below and purchase the tracks on Beatport.

WARP was one of the first labels in my fly case and one of the reasons for creating my experimental label Black Codes Experiments! Founded in 1989 by Steve Beckett, Rob Mitchell, and Robert Gordon, Warp (originally named Warped but shortened for communication ease and later expanded by the backronym “We Are Reasonable People”), is one of the world’s most respected, influential, and loved electronic/experimental dance labels. After many years in Sheffield, UK, they moved to and are based in London, UK.

The label is home to some truly unique artists. Visionaries such as Aphex Twin, Nightmares on Wax, Tricky Disco, and LFO are just the beginning of a long list of notable musicians composing for this leading label.

Tresor is a Berlin-based techno label started in July 1991 by Dimitri Hegemann, taking its name from the techno club set up in an underground vault following the fall of the Berlin Wall. From the beginning of my career, Tresor has been one of the essential labels in my life.

One of my favorite records on the imprint is X101- in collab with “Mute” and “Underground Resistance” created by Mike Banks, Jeff Mills, and Robert Hood.

To this day, Tresor Recordings is still releasing high-quality techno music and is an extensive reference for other labels and home to a massive list of notable artists like Regis, Surgeon, Chris Liebing, Christian Vogel, Ken Ishii, Jeff Mills, and others.

When I was looking for Intros or super experimental Techno for my sets to create organic and memorable moments, only one label came to my mind, Jeff Mills’ AXIS!

When he founded his own record label Axis in 1992 (a logo consisting of four triangles pointing to an invisible center), Jeff Mills took the rotating principle of the solar system as aesthetics, concept, and model for creativity.

From the beginning, his first releases explored futuristic and science fiction topics such as “Mutant Theory,” “Tomorrow,” “Art / UFO,” “Time Machine,” and “Alpha Centauri”. For Mills, the future is a powerful creative drive, which explains the artist´s ceaseless activity.

The first reference is H&M (Hood & Mills) - Tranquilizer EP which includes a track called Mutant Theory that still blows my mind. When I listen to this incredible piece of art, it's like traveling to the universe. That´s one of the reasons Jeff Mills is one of the most respected artists in the Techno Scene:

R&S Records represents the initials of Renaat Vandepapeliere & Sabine Maes – the couple that created this label. The label was first named Milos Music Belgium, but just one record was released. R&S is still one of the finest independent techno labels and is currently managed from London by Renaat & Sabine and label manager Andy Whittaker.

Created in 1983 as one of the first electronic labels, R&S started with Soul, Funk, and Disco artists like Big Tony and Mike Anthony, then to an excellent New Beat style where we can find other artists like Spectrum, Neon, and Boytronic, representing a new way of music. Then with Techno artists like Joey Beltram or CJ Bolland.

To this day, this is one of my fav references:

Planet Rhythm is a Dutch techno label owned by Triple Vision Music Group. The label was founded by Glenn Wilson in the early '90s in Sweden with the help of Adam Beyer, Umek, Gaetek, Thomas Krome, Slobodan & Patrick Skoog, and many more local techno producers at the time.

The label then changed ownership around 2005. Now managed by Marco Grinjsen, Planet Rhythm is one of the most famous Underground Techno Labels, where great names like Cari Lekebush, Bas Mooy, Reeko, and Exium P.EA.R.L are still released on the label.

The first record released in 1993 by Cari Lekebush was Output1, and it was a great organic and percussive techno EP:

MORD is a record label launched in 2013 by Dutch Techno DJ & producer Bas Mooy. Based in Rotterdam, MORD is short for Morderstwo (“murder” in Polish) and homes to artists like UVB, Takaaki Itoh, Tensal, and Alexander Kowalski; MORD is one of the most prestigious techno labels in the underground scene; followed by the most relevant producers and still releasing every record on vinyl.

I am honored to be one of the artists releasing on such an incredible label and pleased to be still playing some of the records in my turntable sets.

The first reference was created by Radial with a great EP called “Linea Recta.” My favorite track on the release is “Asiel”:

I founded this label in 2002 as a new way of expression through my experiments in the studio. Over the past two decades, BCE has forged a firm reputation as one of the most prestigious, forward-thinking labels on the international electronic music circuit. Home to some of underground music’s biggest hitters (Regis, Mark Broom, The Advent, Ken Ishii, Takaaki Itoh, Tensal, P.E.A.R.L, and Arnaud Le Texier, to name just a few) I am very proud of what I have built over the past twenty years.

The first record was released in 2002 with my aka “The Unknown Artist” with an excellent remix for one of my favorite groups, A Split Second, and their legendary track called Flesh!