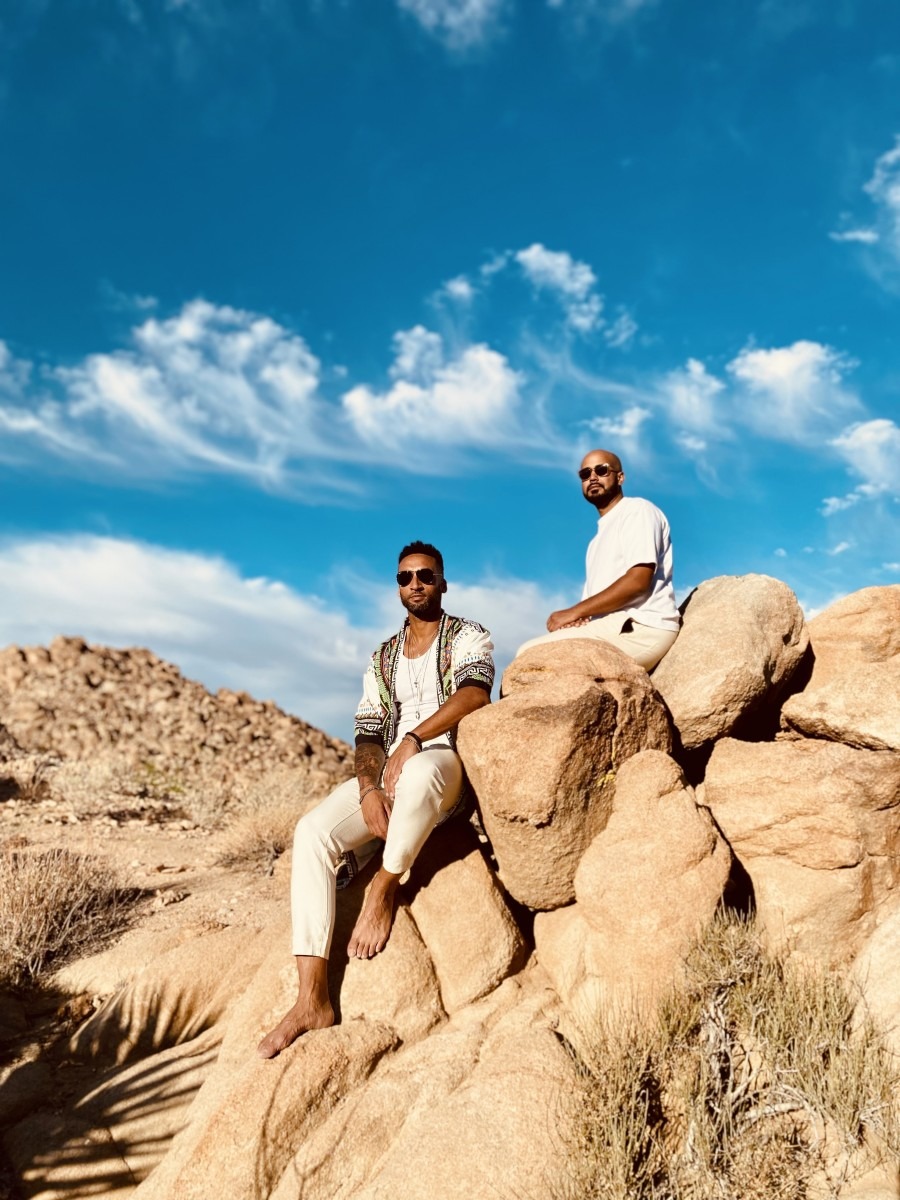 Whether you know it or are too young to understand it quite yet, urban music is the defining foundation of all things dance music. Finding its origins in the cultural nightlife of Chicago and Detroit, dance music has evolved from where it started decades ago.

But at its core, electronica's soul is still that of urban culture and its influences.

The duo Night Tales embrace these influences, allowing their music to be a perfect culmination of all of the steps urban music has taken to arrive at the point where it is today.

And with the release of their latest single, "Patient," there would be no better time than now to chat with these two about black culture's effects on today's dance music industry and the sounds of electronica.

Night Tales’ mission is to pioneer urban culture in the alternative electronic music scene. They hope to diversify and represent people of color in electronic music - championing acceptance and accessibility, and "Patient" is the perfect example of these ambitions.

The grooves, percussions, and vocal performance all harken back to where dance music began while simultaneously being a perfect imprint of where the culture is going.

How has urban music influenced electronica?

Urban music, or black culture, birthed the electronic scene in the late 80s through its initial peak around the mid-'90s in two main cities, Detroit and Chicago. It was a disco derivative, substituting the live drum kit for an electronic sampler as its primary driver for rhythm.

It's deeply embedded into the DNA of the genre with firm roots. Audiences need to know that Hip-hop music doesn't just start and end. Genres like Disco, R&B, and Jazz are just as "Urban" - a word used to identify and commodify black music.

Has America Lost Its Roots In Dance Music? Find Out Here

How would electronica be different today if not for the influences of urban music?

Contemporary artists, both black and white, adopted the approach of sampling, an artform popularized by the hip-hop movement when producers in the 1980s began sampling funk and soul records, particularly things like drum breaks. Without sampling, you wouldn't have the artists choosing old R&B records from the '70s and '80s like they do so prominently today.

A perfect example is the big diva vocals heard in "Ride on Time" by Black Box; the original is by Loleatta Holloway on her classic "Love Sensation" from 1980. Innovation and sampling like this are what deliver the “Swag & Soul” feeling we aspire to create.

Where do you see the future of electronica over the next decade?

Most of the modern production you hear in today’s music is from samples found on websites, like Splice or Drumbroker. It will be a blend of subscription-sourced samples with interpolation of old classics.

Tempos are getting faster, and drums are getting harder – we think they are reaching their peak in terms of quality, richness, and sound design. Perhaps there will be an antithesis; producers employing lo-fi sounds trying to recycle and romanticize earlier eras. The cycle will always continue, with producers and artists finding new ways to capture the attention of modern ears and tastes.

How will urban music's influence change as the commodification of dance music intensifies?

It has been happening and is currently happening prevalently today. The progression will come down to aesthetics and style. We love artists like Chanel Tres and Kaytranada, who continue to push the boundaries on what it means to be a black artist inside the realm of electronic music.

The hip-hop or urban art of vivid storytelling will infuse itself more and more, lending toward a more conceptual and honest artistic movement. All music has the potential to be a commodity, and labels and those in the more operational roles will continue to know a "good product" when they see it.

Where would I go if I wanted to learn more about urban music and electronica?

Artists like Marshall Lewis, MK, and the late legend Frankie Knuckles are pivotal to understanding how urban culture has seeped into and influenced mainstream electronic music or electronica.

Chicago has a great electronic scene for understanding how these two worlds collide. We were there last month. Every bar and club had an excellent blend of urban and electronic sounds. On the other side of the globe, you can't talk about electronic music without mentioning the UK Garage scene.

There’s so much life and joy in that style of music; its original roots lie in the ethos of positive rave culture and acceptance for one and all.

Who are a few artists pushing the boundaries between urban music and electronic in 2022?

Chanel Tres, and of course Kaytranada. These artists have done a fantastic job at seamlessly blending the two genres and bringing them to the forefront of the music industry. Katranada even earned honors at The Grammys last year.

They’re using samples rooted in Jazz theory, then delivering danceable beats infused with classic sound design. Chanel offers a deep, spoken word tone reminiscent of Gil Scott Heron and his poetry from the 1970s. At its core, this movement is just hella fun to party to as well…

Keep an eye out for those Night Tales guys too.