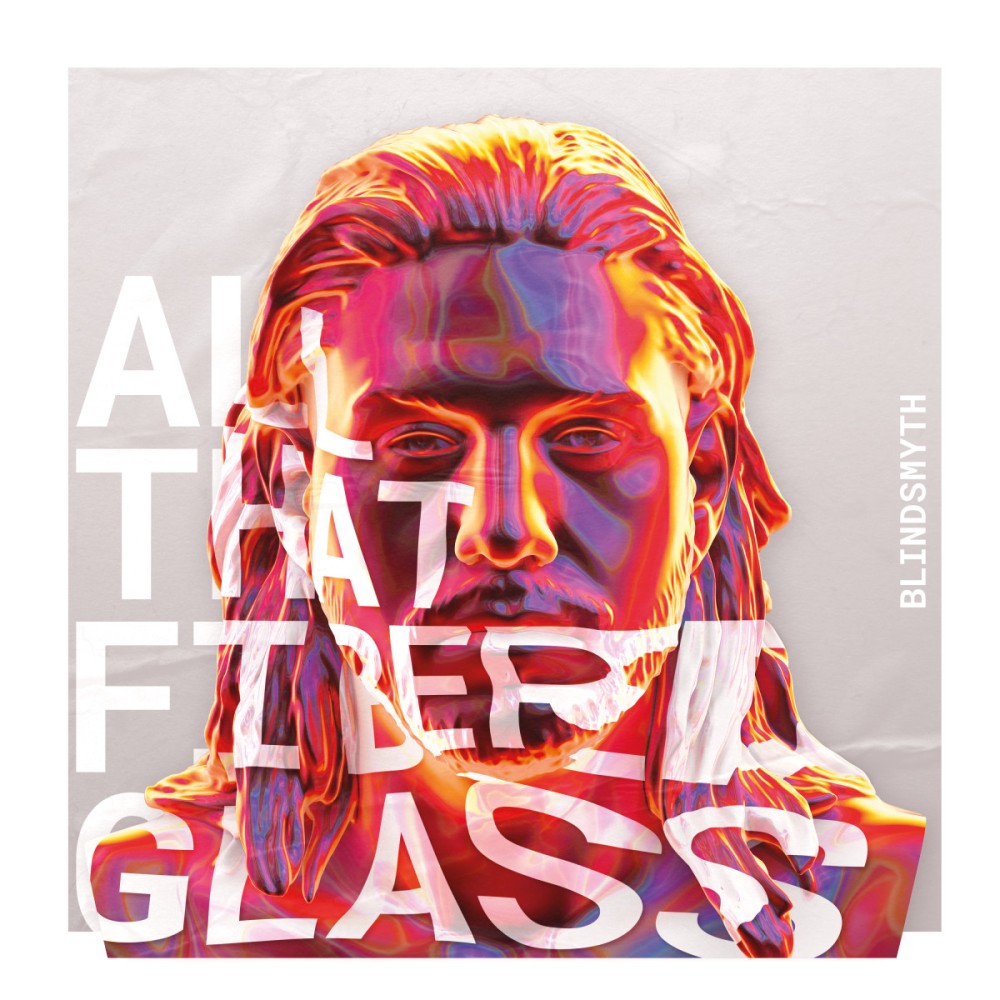 A musical globetrotter, Simon Schmidt, also known as Blindsmyth really broke onto the scene back in 2018 with his debut album, ‘Blind’, on his Berlin-based home label Cosmic Society. The album was designed to tell a story, like a collage of emotional and musical moments in his life. It was followed by a signing to Diynamic in 2019 with ‘Frozen’ which dabbled in organic beats and hypnotizing vocals, in true Blindsmyth style. His sound has been said to resonate with DJ Koze, Moderat, Bonobo, Burial, and Four Tet, however, always remains to be niche.


He first appeared on Connaisseur Recordings in 2020, with his single “Gryllidae’, a quintessential summer track. He followed this with his noteworthy remix for Kollektiv Turmstrasse’s 10th Anniversary release ‘Rebellion der Träumer’ for their track ‘Was Bleibt’ showcasing his capabilities in the studio. This remix was no doubt a taste for what was to come with his 2nd album ‘All That Fiberglass’ in February 2022.

Below, he invites us to the director's chair for a behind-the-scenes look into his new album for the latest installment of The Director's Cut.

The first track is also one of the oldest. It is based on a field recording session I did during the winter in the snowy landscape of Rügen, on the Baltic Sea. The sounds I recorded in were an abandoned GDR military base, which became the framework of this track. The lyrics came way later when I started to arrange sketches for the album and put the puzzle together. I wanted to make an introduction to the theme of the album; the omnipresence of our digital world, how it changes us as humans. Thoughts of traveling with the speed of light through this digital space connecting us like little dots across the planet. Our desire to connect and communicate makes us transcendent into creatures of light ourselves. The words “I wanna touch the light, be all electrified“ - It seems we are becoming another species, homo digitalis, transhuman.

With a very strong emotional and conceptual start into the album, I felt I needed to put the listener into a warm bed of sound that flows like a Waterfall, to welcome them into the narrative.

As you hear in Transhuman I use a lot of field recordings, often from nature to shape my sound. This creates a very organic aesthetic. So, for this track, I literally sampled a waterfall but turned it into electronic percussions with a different kind of dynamic processing. Then I felt that in order to fit the theme of the album I also needed more digital or artificial elements. So, I run my Xaphoon through my harmonizer. This creates this almost uncanny hybrid sound that is halfway between a reed instrument and a synthesizer.

Do you remember not having a smartphone? Making an appointment at a specific time and place and just trusting that the other person would just be there? Getting lost in a place you don’t know, because there is no google maps. Or perhaps being full energy on some dance floor and nobody is filming, a unique moment that only exits in the collective memory of the people that experienced it. I miss this sometimes. This is ‘Remember The Days…Analogue Nostalgia.

Fun fact: This track was the trigger to build a 3,5-octave chromatic kalimba. I wanted the theme melody to be played by a kalimba, but the small one I had didn’t have a big enough range. A couple of months and 3 prototypes later I ended up with this beautiful Instrument that I designed and built completely myself.

How much emotion can you fit into a high-speed fiberglass data line? And when does the bandwidth break down? This is the theme of the album.

I wanted the vocals in this track to be like a human artifact, a digital reflection of a voice trying to break out of the virtual space it’s trapped in. Hence the transformed, vocoded, and autotuned sound. The track is also filled with electromagnetic static that I recorded with a special pickup from household devices. I like to hide these kinds of sonic easter eggs in tracks. For me, this creates a very strong connection between the meaning of a track and the sound aesthetic.

It seems the data line is overloaded. A moment when music as a true transmitter of love comes into place. This is a musical hug.

Are we living in parallel realities? How much can we get polarized from each other?

Social media was imagined to be a place to connect but instead, it become a place of information bubbles and hate. “The wires that should connect became trenches“

Algorithms change the outcomes of entire elections and even accelerate polarization.

There is an algorithm playing back little fragments of sound in a specific manner, called the Euclidean algorithm. This creates very complex polyrhythmic structures and again is a sonic manifestation of the concept here.

Machine glitches, sonic radiation, crackling beats. The same algorithm as on connection error turns an electric guitar into these ever-evolving sonic landscapes. This part was recorded in one take on top of the beat, creating this very natural flow and suspense.

I think this track might actually be the birth of this whole album process. I was visiting a friend at his place in northern Italy and I got this book with poems by Paul Clean from him. I spent some days at the seaside close to Genova after. Of course, as a good artist I did what you are expected to do: Post beautiful picturesque pictures of me being creative with guitars, poetry, and mini electronics at the beautiful seaside of Italy. #inspiration

Of course, the reality looked way different: The beach was so overcrowded that I turned to the nudist beach for a quiet spot. I was able to stage my artistic sanctuary (after some creepy old man tried to hit on me) for social media but also realized how absurd it was what I was doing. On that day this one poem of Paul Clean „das wort vom zur Tiefe gehen“ really spoke to me. This unending space he describes, going to the depth. The unending space, didn’t we somehow create it with the internet? I knew I had to turn this into an album and go into the depths!

A little Interlude to introduce the big climax of the Album with 2 very strong tracks that are about to follow. Consolidating the theme of the record with the title and the reoccurring element of a vocoded/harmonized/autotuned Xaphoon that we heard before in Digital Waterfall.

Hack Into Your Soul

“Would you hack into your soul?” “Are there things you would erase?“

We technologize so many aspects of our lives and identities that you could ask yourself how much the human soul is left over. How far will we go? Major tech companies want to connect your brain directly to a computer. It sounds both exciting and scary at the same time. I am all pro-science, technology, and progress but let’s not forget to also take care a bit about our well-being, our roots, mental health, and integrity.

Little side note: Field recordings here came from a gig/trip to Kiew.

Our social media presence has become such a big part of our regular lives. While some people see it as an extension of their personality for me it is more of an artificial construct. I think you could delete all your social media accounts and you would still be the same person. „Delete your cloud and you’re still the same“

I wanted to have this track a very epic and ecstatic vibe. A moment when you reconnect with everyone around you on the dance floor and truly live in the moment.

That moment when you love yourself and the people around you the way you and they are. With flesh and bones and sweat and all those little imperfections you have. Love without a filter.

This is a little take a breath moment before going into the final track of the album.

I made this track very spontaneously once singing into my harmonizer and playing the harmonized notes on the midi keyboard. The perfect balance between human and digital.

With this track, I wanted to close the narrative that I opened with Transhuman. We are transitioning into something different, and we don’t know where the journey goes. Some of these themes and tendencies we see in this new digital world are quite dystopic. But I still want to believe there is still hope. I wanted to put this feeling into a track, put the listener into a warm bed of sound on his Überfahrt (Crossing)