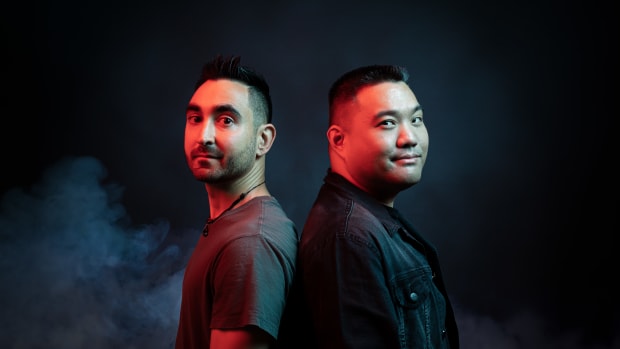 Rounding out of the end of the month from February into Marchand it feels like 2022 is really picking up now. Festivals are launching again and many clubs are opening back up with a lift in restrictions. With these openings there is no lack of excellent new music being released. Here are the top progressive house and melodic techno tracks that made waves last month!

Desert Hearts Black features this excellent new release entitled original "RESET" by Darin Epsilon and Galestian. Refreshing and catchy melodies make this one a stand out moment in any set and keeps the momentum with great percussive grooves.

Ruben Karapetyan gets a masterful remix of "Evening In Yerevan" by Jerome Isma-Ae on the Mango Alley imprint.

Digital Emotions label presents a new energetic single "Eternal Return" from the duo Minders with an atmospheric yet chugging remix from the Belarus sound producer Michael A.

GMJ keeps releasing top notch music and his latest release "Into Fruition" on Deep Down Music is no exception.

Alan Cerra is back at it with his original "Ascension" on Higher States.

Luke Chable's "Sealers Cove" was originally one of Zero Tolerance's premiere releases, championed by virtually everyone. When Luke discovered the original working file deep in his archives, it made its way into Jamie Steven's capable hands and the result is a remix that stays true to the original ZT ethos Chable envisioned whilst enhancing the spirit of this classic release straight into the 2020's.

Ruben Karapetyan is one of the most frequently seen producers on the leading progressive house labels in recent times and his original "Acceptance" on Aboriginal will appeal to all lovers of dark progressive.

Clubsonica Records continues a strong start to the year by adding Frankie M, Rodrigo Lapena and Gonzalo Sacc to the label for their debut EP. Based in Argentina and firmly entrenched in their country's progressive music scene, "My Home" features a deep progressive minded narrative, the trio craft a foundation of beefy beats, smooth rhythms and tantalizing tonal themes.

Future Blueprints is a celebration of the upcoming generation of producers who are making their own unique mark on the scene, and gives us a snapshot of the excellent quality and imagination out there amongst the next wave of progressive artists. "End of a New Era" from Buenos Aires' Matias Ocano is a must listen emotive and melancholic gem.

Miami-based artist Ucros, after having released tracks on prominent labels such as UV, Kenja Records, Freegrant Music, Deep State, Vagabond, Capital Heaven, Global Underground and many more, has graced Flemcy Music with a track as catchy as its title: "Cinnamon Dog."

Prolific Colombian producer Kamilo Sanclemente delivers a constant stream of quality productions on labels such as Anjunadeep, Abracadabra, The Soundgarden and now after two remixes for Stripped Recordings delivers his original "Atlantis Lights."