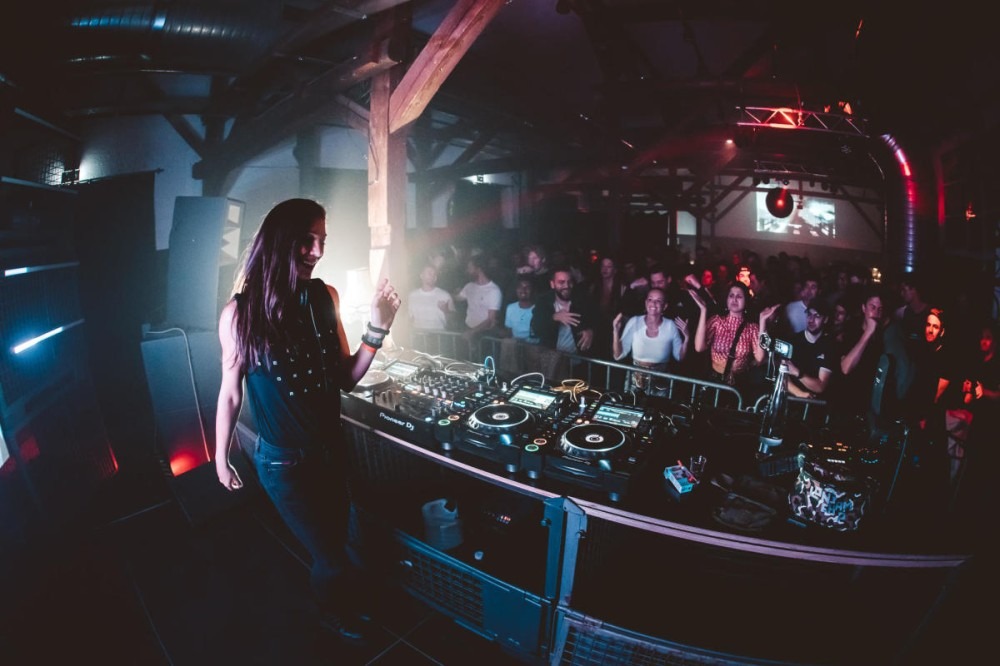 Having been inspired by techno's earliest iterations, Simina's sound grew off of the foundations of dance music pioneered by the likes of Jeff Mills, Josh Wink, and Juan Atkins.

Jeff Mills Thinks America Has Forgotten Its Roots In Dance Music. Do You Agree?

But with a sound as diverse and authentic as her's, inspiration from a single genre or set of icons wouldn't be enough. And while most of her nights are filled with driving techno, her daytime listening is filled with music from rap's greatest generation.

We had a chance to sit down with the for a deep dive into what she deems as the greatest rap albums of all time and compiled a list of these albums from the 90s for your listening pleasure.

So let's get cracking...

The rest of this article is in the words of Simina Grigoriu, who went above and beyond the call of duty to curate the ultimate list of the best rap and hiphop albums of the 90s alongside a her reasons why the albums have earned their spot in this list.

This is my favourite rap group of all time and ‘The Infamous’ was my ENTIRE 9th Grade. I had no space for math and science. I only had space for Mobb Deep. Before I heard of them, I was well-versed in commercial hip hop as well as a handful of underground hip hop artists, but then, just like that, ‘The Infamous’ came out and then my world was transformed.

Though it may seem we had nothing in common—I was a 14-year-old Romanian immigrant girl who was living in Toronto at the time, and they were are two (slightly older) black dudes from the depths of QB—I felt instantly connected to them. They are intelligent and outspoken and have never compromised their output; raw vocals over melodic beats made my ears and eyes open up to the world. I have heard this album thousands of times and continue to listen to it almost every day.

And though I have no personal relationship with either P or Hav, I feel like I’ve known them my entire life. I miss P every day and I’m grateful for the handful of times I’ve seen them both live—last time being in Berlin a few years ago. Hav and P are nothing to fuck wit and their legacy will live on forever.

On that note: we gotta give it up for his children, the talented Bando Red and the blow-your-mind-incredible, Santana Fox, who is making a name for herself. Watch out for those two—shit’s getting real, real fast.

This was Wu Tang’s debut album. It was a no-brainer choosing this as my favourite Wu album even though I love each and every one of their releases (together as a group but also individually) because this was the one where they introduced themselves to us.

I heard and saw a unique style from each of them and before I knew it, I knew every single track by heart. I was listening to this in 9th grade a lot as well. We all were. And we still do.

Another quintessential record from my high school years, ‘Illmatic’ is just a masterpiece through and through. I love every one of Nas’ albums but I chose this one for this feature since it’s the one with which I identified most as a teenager.

There was not one day this was not blasting through my Panasonic Shockwave headphones. Nas has a voice like butter but can spit knives at you with his lyrics—and he does it elegantly. I had plans to see him this summer but I was playing another festival that day, so I can only hope to catch him next time he’s in Europe.

Loving this one today as much as I did in the 90s. The lyrics are strong and the tracks have feel. Cypress Hill have always been one of my favourite groups and I am so proud of them for what they’ve done and what they’re doing today.

They have the same style and flow they did 25 years ago and have a very clear sound of their own. Temples of Boom will never get old for me.

I EXTRA love GZA’s ‘Liquid Swords’ because while I admire all members of the Wu, this was the album that sparked my interest in Kung Fu.

He used old clips from classic movies and had built an entire album around the concept and story. I become super annoying when I hear this because I know all the lyrics to every Wu Tang track—ever—and I got to know this record intimately when I was 14.

Each and every track on this album hits me like the very first time. Like most of the records mentioned in this feature, Raekwon was blasting through my ears all through high school (and still is today).

I had the honour of meeting The Chef around 20 years ago when three members (Raekwon, GZA and U-God) came to Toronto and played a small venue somewhere just outside of the GTA.

My university buddy, Adam Farag aka 4th Pyramid was opening for them and I got to meet them, but found myself dumbfounded and speechless, like a deer caught in headlights when they showed up IRL.

I will never forget the moment when one of them pulled out a blunt to roll and Raekwon looked at him, then looked at me and said: “Let this ninja build it”. I did. #showtime

This guy won’t stop—can’t stop. He’s the most energetic rapper I’ve ever seen and has been channeling that light right back into his music since I first heard him almost three decades ago.

Who could ever forget ‘Woo Hah!! Got You All in Check’?.

I love him as a solo artist as much as in his original group ‘Leaders of the New School’ and I was beyond gutted to have missed him at Monegros last weekend. I also admire that in his almost 30+ year career, he still brings that same fearless give-no-fucks attitude and talent to the stage.

To add to that, he’s a super nice guy.

Lil’ Kim has never compromised her style and though, like Foxy, has been ridiculed to high heaven for the way she chose/chooses to dress and express herself, her lyrics have put the men to shame. Junior M.A.F.I.A. got nothing on her. I love her today as much as I did 25 years ago.

She’s cute as hell and hard as fuck.

Foxy has more guts than most of the men in the game and has always brought her best to the stage and in studio. She wasn’t shy to be herself and was never afraid to tell the truth.

When they accused her of sleeping her way to the top, Foxy recorded this album and showed the world what she was made of. Ill Na Na is proof of of her raw, uncut talent and I still listen to her (on vinyl) all the time.

I have no words to describe this other than fucking spectacular. I think I bought this CD three times and I’m pretty sure I stole it al least twice because I just couldn’t live without it. Pras, Wyclef and Lauren Hill hit every track with ammunition and grace pulling through immaculate production from top to bottom. Another one I have on vinyl and l listen to it all the time.

Plus, ‘Soul Assasins’ brought a different type of game. I replay this shit every day in my mind and on my sound system. If I could, I’d go back in time and be at least 10 years older to be able to really understand them. Back then I was still deciphering…

‘The Swarm’ is a compilation album put together by The Wu Tang Clan showcasing their affiliate artists. With this record, they gave a platform to their artists to express themselves to the fullest under the very trusted Wu Tang brand.

I appreciate musicians who ‘pay it forward’ and provides opportunities to smaller, less-known artists, and that is what Wu Tang have done with this record.

The pioneers of West Coast gangsta rap, NWA had a message and a lot of people didn’t wanna hear it. To the rest of us, it was an eye-opener.

They shone light on issues of gun violence and police brutality, on life in the hood and the hardships that come with it. They were also great storytellers so eventually their movement gained hundreds of thousands of followers. I would like to thank them for what they did to start this revolution.

One cannot think of West Coast rap without thinking of Eazy-E and his crew.

This is when I discovered Q-Tip.

I love the group together, but Q-TIp has a style like no other. ‘The Low End Theory’ was Tribe’s debut album and after hearing it, I soon heard Q-Tip everywhere, collaborating with many of the artists mentioned above.

There’s something poetic about the way they flow together and while I love hardcore rap, Tribe always was had more of a feel-good vibe. It’s catchy and bouncy and a truly well-rounded record.

I just love her. Da Brat has been one of my musical heroines for a very long time.

From the first time I heard her, again, sometime in 9th grade after ‘Funkdafied’ came out, I felt instantly empowered. Then I saw her, and I was in love.

She has always had her own style and though very cute and pretty, she has never relied on sex appeal to sell records She is outspoken and true to her craft today as much as when this album came out almost 30 years ago.