is holding a public rave in protest.

The ‘DANCE MUSIC AGAINST TRUMP/BORIS/FARAGE’ protest will be held in Trafalgar Square on December 3 at 6pm.

Read this next: "Protest all day, party all night": How rave is uniting the Lebanese rebellion

“Kick out the Tories, Impeach Trump & Reject Farage!” is in the description of the group’s GoFundMe page which helps to fund the protests.

Read this next: Protest through DJing: Meet the artists putting Georgia on the electronic music map

This will mark R3 Soundsystem's fifth protest since the Stop Trump event in July 2018. London’s last state visit saw the US President tweet London Mayor Sadiq Khan, calling him a “stone cold loser” and saying he is doing a “terrible job”.

The group’s name ‘R3’ stands for: RESIST (the right-wing shift in British politics), REJECT (kick out the Tories, impeach Trump and reject Farage), REVOLT (come together against the populist hijack of British politics). 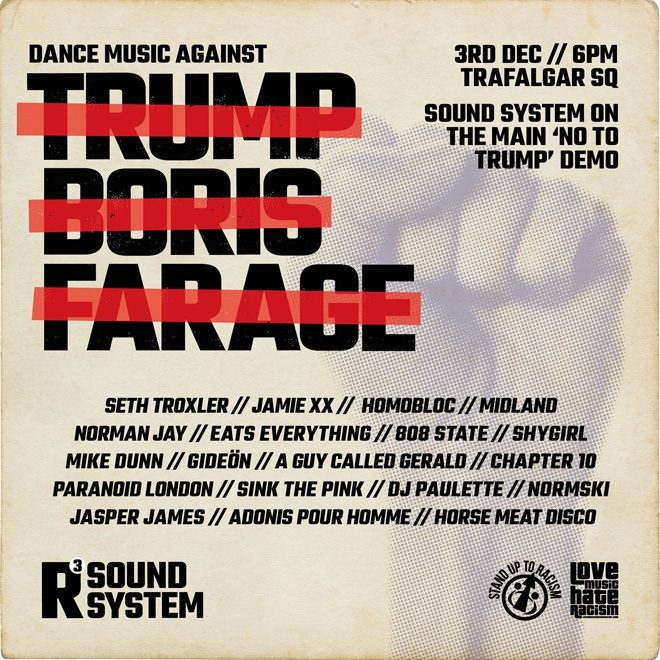