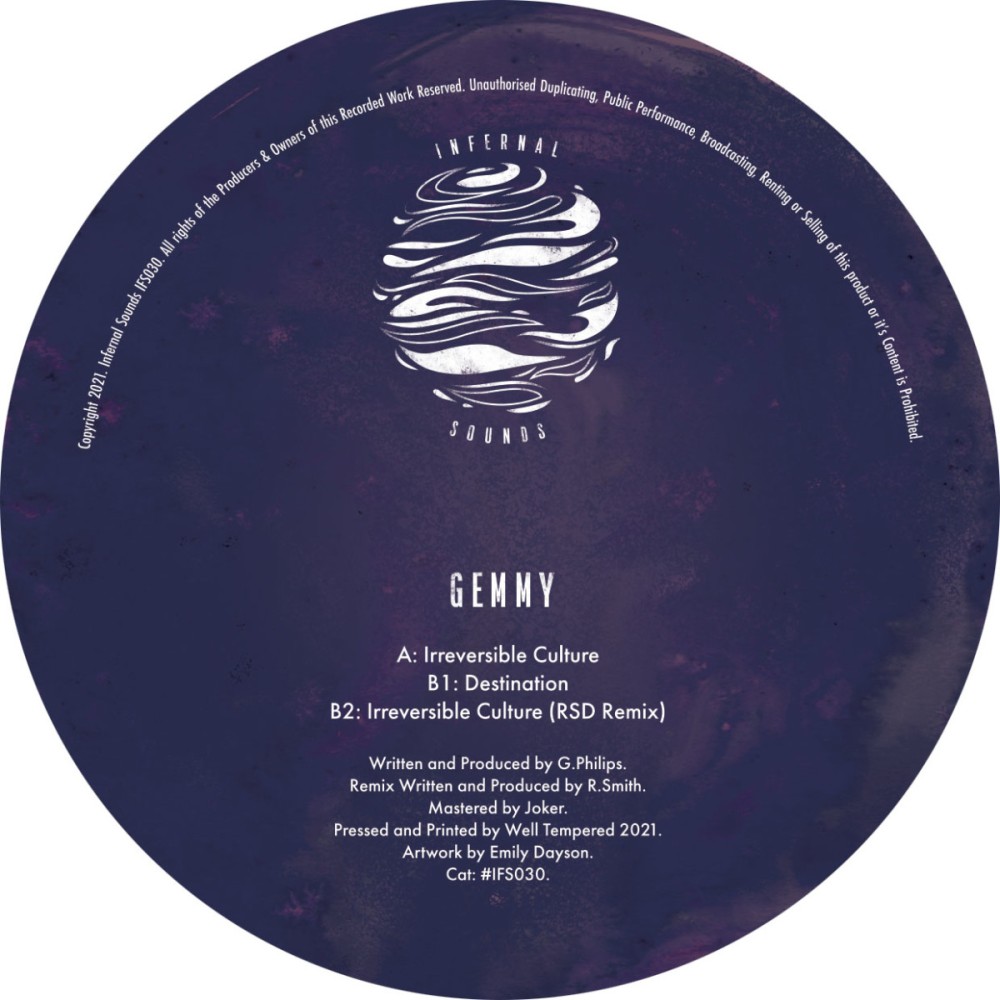 Infernal Sounds are back at it again with another heavyweight vinyl release. This time, its Bristolian producer / DJ known as Gemmy who heads up the reigns with a three-track EP featuring a remix from RSD. I'm a massive fan of the type of sound Gemmy creates. It's almost like the old nostalgic sound of dubstep with a fresh and unique, Bristolian twist to it. Proper sound system music.

I was lucky enough to premiere RSD's remix of Gemmy's track, "Irreversible Culture," which you can listen too below.

The OG version from Gemmy has an important tribal aspect to the track, plus deep, dark synths that just keep pulling you into the production over and over again. However, RSD's remix completely strips back the original track, brings the bass line to the forefront and spreads the percussion out quite sparsely. Halfway through the track enters some dark growling wobs that give yet another layer to this clinically executed remix. Huge release from the Infernal gang, don't forget to buy the EP on release day this Friday, February 11th. Link is here to pre-order.