In the face of gigs and festivals being unable to go ahead, many have turned to digital streaming as a potential solution.

In the same vein, Bluedot

this week announced ‘A Weekend In Outer Space’, a free online festival that will serve as an alternative to the live edition that was supposed to go ahead this year. There will be donation links up throughout the weekend to support Jodrell Bank, the site where Bluedot is held each year.

It kicked off yesterday (Friday 24 July), and features a range of talks, live performances and recorded reruns of old Bluedot sets.

Read this next: Bluedot Festival is a unique blend of science and rave

Sunday features a talk at 12pm on Afrofuturism with writer and performance artist Keisha Thompson, reruns of such legendary Bluedot sets as Elbow’s 2012 performance and Hot Chip

at Jodrell Bank in 2019, and Tim Burgess’ Twitter listening parties hosted by the likes of Nyege Nyege Tapes, Hot Chip, New Order, and many more.

Bluedot has been postponed to 2021, with Bjork

, Groove Armada and Metronomy as the first acts to be confirmed.

Tune in and find the full schedule for ‘A Weekend In Outer Space’ here. 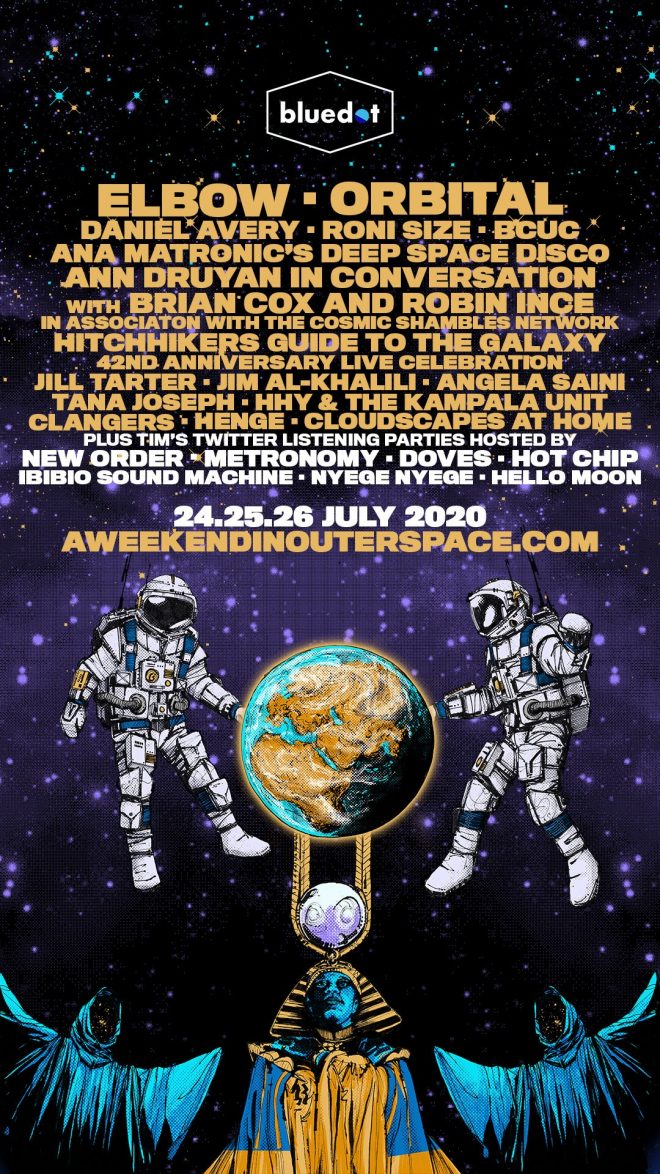