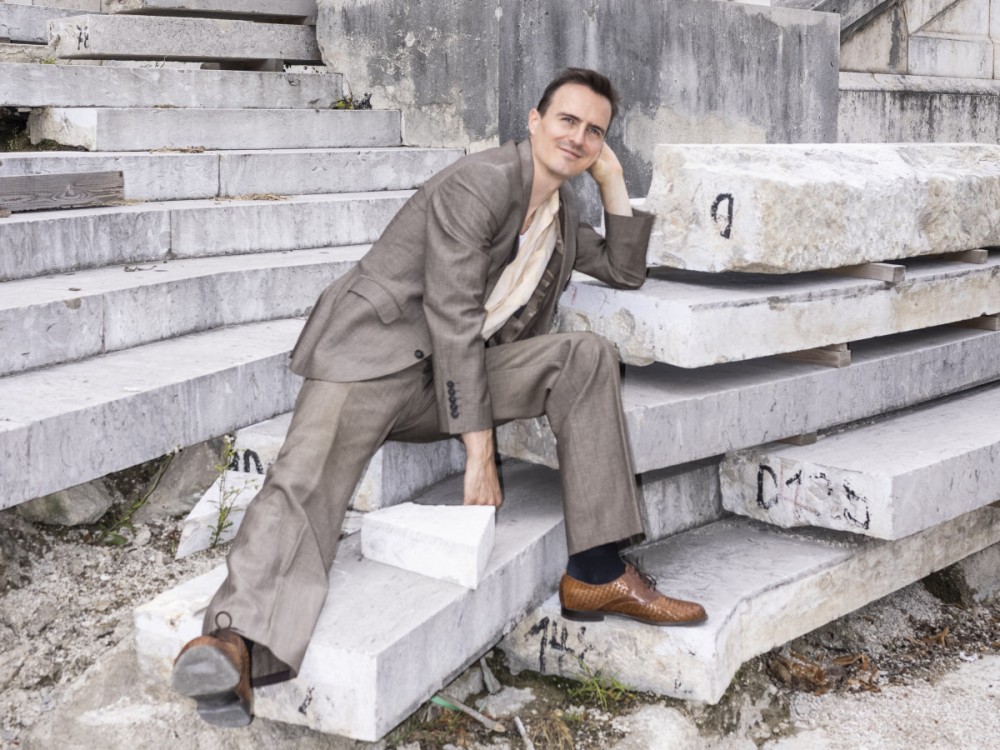 CID RIM has always done things a little differently. His music can feel at times familiar, but it often will take a left turn into the unexpected. That is an area that Clemens Bachern thrives in, whether it is a strange sound, switch thematically between songs or a collaboration that shouldn’t work, but does. His first two albums, CID RIM in 2012 and Material in 2017 captured the subversive nature of his music. Now the Austrian has released a new album Songs of Vienna, the city that he grew up in.

The name would suggest that this is an ode the beautiful Austrian capital which CID RIM called home for many years. There he learned the piano and drums at an early age and completed a degree in jazz drums at the Vienna Conservatory. He is also one of the founders of Affine Records with other Austrians. On the heels of the success of Material, the producer moves around between London, Los Angeles and Vienna.

At the core of each track on Songs of Vienna is an idea that originated on an old analog synthesizer. In each studio where CID RIM has recorded over the past two years, he took time for a short, hour-long session, recorded live. That helped shape what this album would be: slightly odd, but always with a purpose.

The album covers a lot of ground sonically without ever leaving the listener behind. There are quirky indie dance tracks like “Purgatory” that sounds like it could have been found in the archives of an early Miike Snow album. The album comes in waves as sounds match each other from song to the next, before switching up to a different tone and mood. “Marrow” builds and builds with growling bass and drums into something heavier. Then things slow down with the autotuned and disparate “We Drums Two,” which helps transition into “Too Long,” which sounds like a more complete and fuller version of the previous track.

“Blame” finishes the album with a flourish, bringing some low-chugging electro and distorted vocals like he was collaborating with Justice.

The full project is adventurous and always has a new twist around each bend. That is the way of CID RIM and his music, which is why he has collaborated with the likes of Sky Ferreira, The 1975 and Theophilus London. CID RIM keeps you on your toes, while still making an album that is very digestible. Get your copy of Songs of Vienna now in various formats via LuckyMe.