Welcome to thatDROP’s music round up, where we showcase the hottest tracks, albums, and EP’s that the EDM scene has to offer. The first week of April featured a whole lot of good music, so sit back and enjoy the ride. 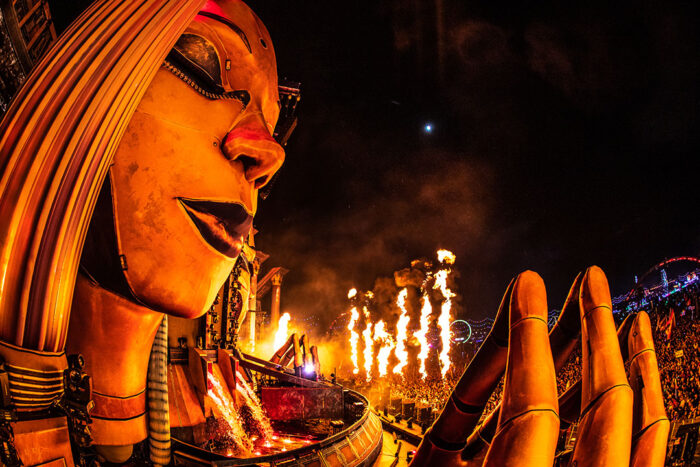 With one of the best stage presences around, Steve Aoki proves himself to always be relevant to today’s scene. With Steve Aoki’s latest highly-anticipated Neon Future IV, Aoki marks the conclusion to the California artist’s Neon Future saga. 27 diverse tracks such as “One True Love” and “Play It Cool” showcase Aoki’s range and talent.

Joyryde’s debut album “Brave” is truly a masterclass album. Originally set to release on November 2018, Joyryde made the decision to delay this album to focus on artistic vision and hone these tracks. Just over a year later, this English DJ developed an explosive dance album that will prove to stand the test of time. Tracks such as “ON FIRE” and “GOT REAL” remind us that JOYRYDE  just got started, so strap in for a wild ride.

This dutch dubstep prodigy blew everyone’s minds with classic tracks like “Africa” and “Internet Boy”. Years later, Dion Timmer releases his new album “Enter Achroma” an album as mesmerizing as it is expansive. The opening track “Vertical” sets the stage to the rest of the album.

The latest EP from Israeli born producer Borgore. None are quite like him. Borgore blows the roof with this heavy and relentless EP. Tracks such as “Ratatata” and “Destroyer” act as aggressive dubstep bangers that do not let up.

This LA based dubstep producer sets the bar for production quality and does not disappoint. This EP on Disciple records is a much needed addition to 12th Planet’s Swamplex vision, which is both aggressive and polished.

Seven Lions is a Santa Barbara based EDM artist that transcends genre. His latest EP brings upon a soundscape of trance and progressive that further defines his ever-changing sound.

This ambient electronic master of the craft brings us his latest EP titled “Embers”. From soft beauty to aesthetic vision, Phaeleh brings his all.

Kaskade delivers with his latest EP from his iconic “Redux” series. This house producer and DJ shows us time and time again why we love house.

Ghastly couldn’t have released this single at a better time, with the world in disarray, LA based DJ Ghastly delivers a departure from his high-octane production style and presents a laid back dreamscape that reminds us to just breathe.

This balaclava wearing DJ and producer brings the heat with his latest single “OCB”. The future house artist shows no remorse with his dark club anthems.

These titans of dubstep bring their A-game with Deathmatch. SVDDEN DEATH and Snails create a fusion of their distinct sounds to give you a heavy headbanging track that will leave you needing a chiropractor.

The long awaited second single by dream team Excision and Illenium delivers on multiple levels, bringing euphoria and aggression all in one package. ‘I Prevail’ lends a hand, turning this track into a stadium anthem for the ages. Many will headbang, many will cry.