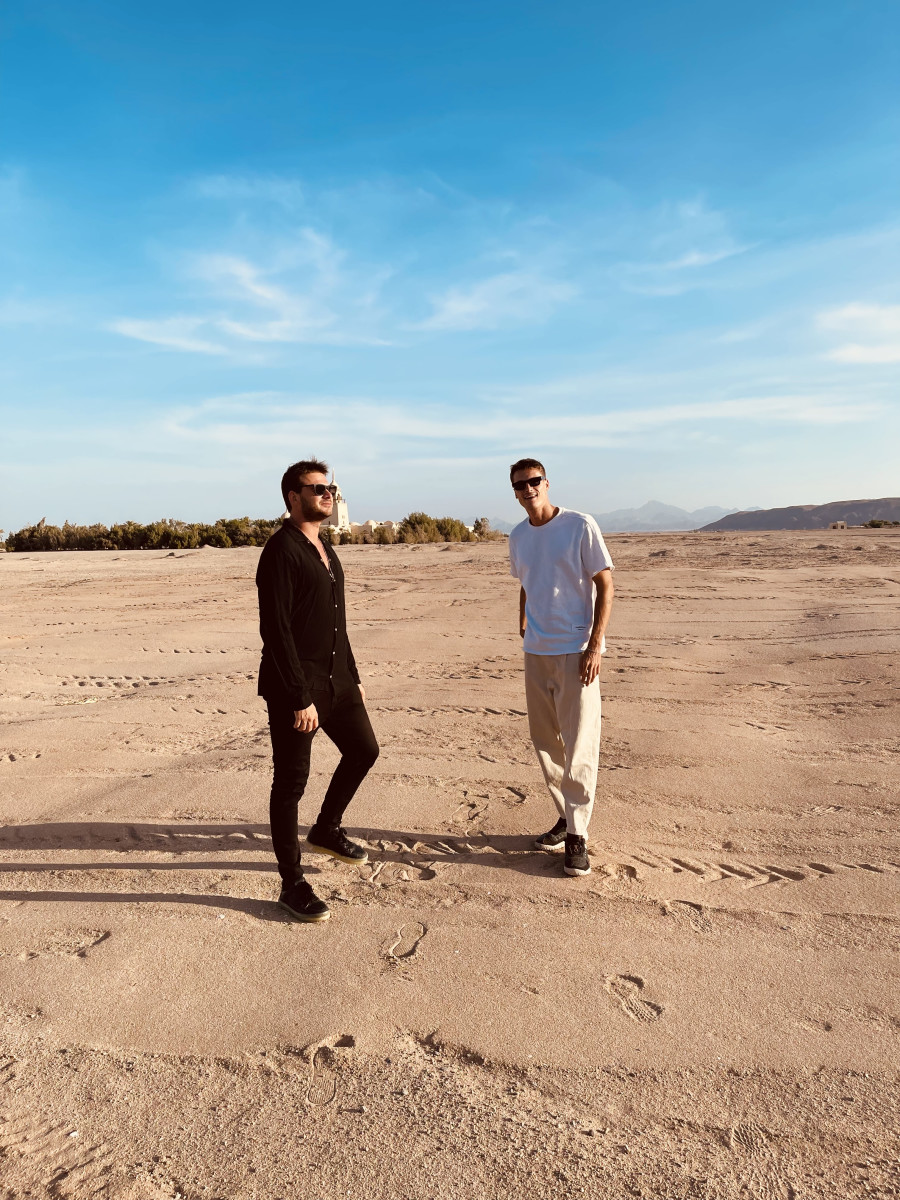 But just because it's the best place in the world to listen to music doesn't mean that every single nightclub you go to will guarantee you a fantastic time. So we invited Ibiza mainstays, the Argentinean duo NonCitizens, to curate a list of the best places to listen to dance music in Ibiza.

With releases on in-demand imprints such as MoBlack Records and RADIANT. The duo also launched their imprint Black Circus Recordings as a home for their hypnotic creations. In 2021, their single Lost Trumpet In Space made a considerable impact, gaining worldwide support, including from Pete Tong on his BBC Radio 1 show.

It has to be one of our favorites. It is pure Ibiza and pure magic! Top quality staff, who are extraordinary human beings.

Something extraordinary is that they do a daytime party, with an open-air stage. As the residents for four seasons of Rumors, a party curated by Guy Gerber, we opened at Destino for the best DJs in the scene, with one of the favorites being the closing party of the venue’s club, ‘TOX.’

Our best memory has to have been meeting Guy for his closing event, which was so good that we ended up hosting an afterparty at our villa, despite our flight to Argentina being that day… one of the best flights in our careers.

It has to be one of our top 3 places on the island: it’s a daytime party where you can find the best international music artists within an out-of-this-world-inspired venue exposed to the elements.

It has its style.

You can feel the energy of the crowd, and that is what makes it so magical. Rumors threw a lavish party here, the food was delicious, and the vibe from the crowd was so alive. We have so many memories here, but after an equal amount of Hierbas Ibicencas and tequilas consumed, we can’t even begin to remember half of them!

One of the newest clubs on the island, super modern and impressive. The party that we like most is Black Coffee’s night on Saturdays. We have Great memories with the team, with many tequila shots and crazy times together.

One great moment was when Joseph Capriati unexpectedly dropped our track “Remember When.” People loved it and were screaming, which we do for real, bringing people together to feel good and enjoy the sound.

The most iconic club in Ibiza, as the pioneer of the cultural movement and the electronic dance music scene for over 50 years. They have a great new sound system and big DJ names as residencies.

Our main memory was meeting an adorable, newly-married couple on the dancefloor who we chatted to for a while over a few shots of tequila before being invited to play at their afterparty close by. We arrived at a huge villa, everything was set up, including multiple bars with alcohol and a lovely tent with a great sound system, and we began to play for their 200 or-so guests.

A couple of hours in, the police arrived, closing the party early. The couple wasn’t finished with us, though. They flew us to Mykonos on their private jet to play for them there! It was like being family right away. That’s Ibiza’s charm; it brings people together through music who want to share experiences and celebrate talent.

Circoloco on Mondays is the day to go if you’re looking for an excellent spot to start the week. It can get a little crowded there, but it’s a must on the Island. When we first started tour managing Guy Gerber, we were nervous about doing our first show at DC-10. Upon arriving to set up all of his gear: computer, controllers, sound card, cables - we were told by the sound technician that we had 10-minutes to do so before he needed to play.

It was already stressful, as Jamie Jones was playing with Seth Troxler prior, and we couldn’t kick them off the decks. So, 19 minutes before, we are in the (relatively small) booth with the Martinez Brothers and Marco Carola, no pressure.

Trying to connect everything without disturbing the vibe, flying drinks, and Seth and Jamie's set. We pulled it off, but it was one of the most sweaty Circoloco sessions we’ve ever had!

The famous Hippie Market! Here you can buy hand-made goods and crafts hand-made in Ibiza. It’s been on the island for 65 years, full of history and, of course, with lavish parties.

Daytime vibes outdoors, and then the fun moves inside at their new club Akasha which is an elevated yet intimate club environment.

Not so hippie, but very cool.

We’ve been residents here for a year, and it’s extraordinary for us since we opened Rumors and took control over the afterparties. Another cause of a near-airport miss, we finished playing at Akashaand then had to race to the airport (after a bite of breakfast) only to find that we had forgotten our passports. Saved by the sound technician, we made it.

That’s when you know you are a part of the furniture.

Iconic place, very intimate, steeped in rock ‘n’ roll history. Freddie Mercury used to stay in the Hotel, which explains the feeling that it has a history.

The laid-back pool is a great hang-out spot to enjoy drinks while listening to great artists. We had a crazy experience while playing at Pikes where a guy from the crowd fell into the booth, and his drink went all over the plug socket…cutting the music for over half an hour.

He was having fun, and so was everyone else, thankfully!

We mustn’t forget the villa parties either! We can’t say you’ll get in every time but try. Speak to locals, follow the music, and jump the fence if you have to!

We’ve all done it, and it’s always worth it… and now we get invited, so it’s a little easier, haha!