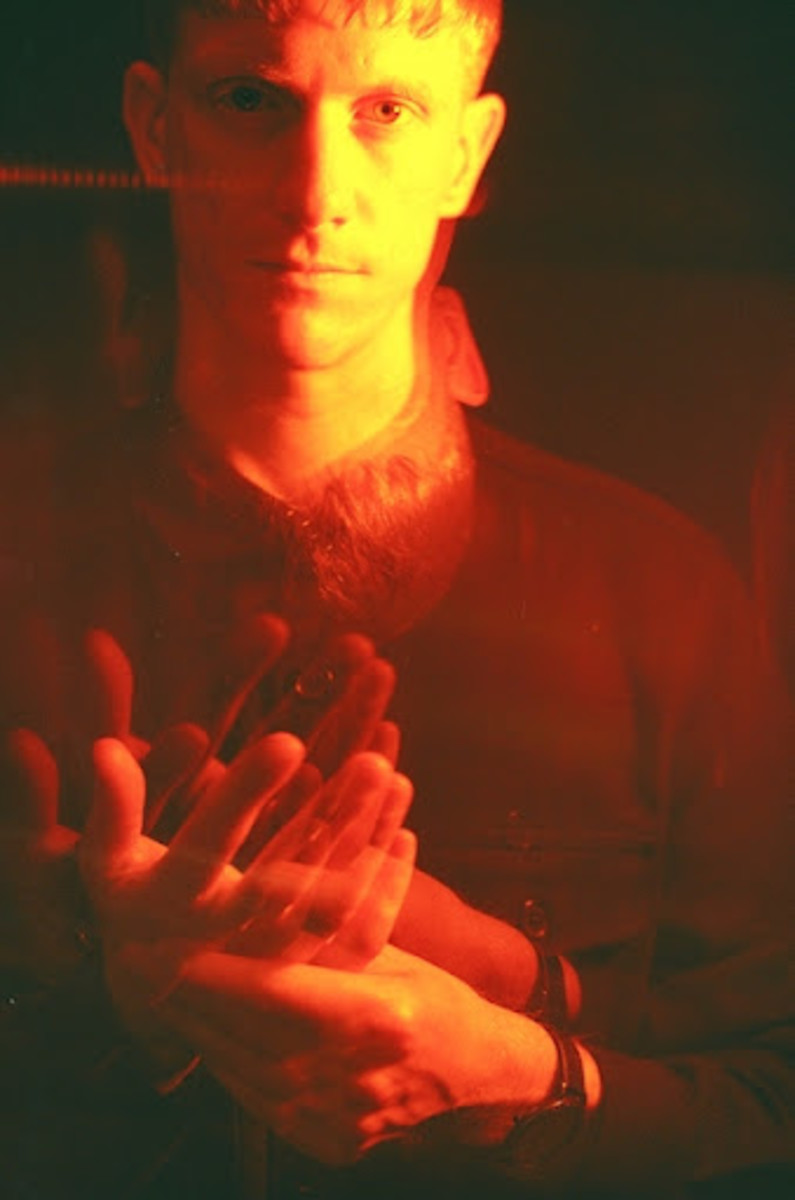 We sat down with Naylor to celebrate his recent release; "Okay."

The track itself does what few manage to do these days; it pulls characteristics and flavors from rave days gone by and fuses them with a modern sentimentality and sense of longing that injects the single with an emotional charge that enraptures the listener.

Stream the single below before diving into our latest interview with Naylor, where we chat about everything from the current state of the industry, to musical influences, and much more.

How are you finding being an electronic musician during these current times?

It’s hard. Being still a relatively new artist, it feels like there are a lot of mountains to climb. I fully committed to pursuing NAYLOR at the end of 2019. Without going too much into Covid, it did make me rebalance how I spend my time and what to prioritize.

Now that things are moving all around me I feel as long as I stay focused and manage my time, I feel like I’m slowly climbing!

You are originally from Leeds, do you think this impacted your music? If so how?

Absolutely. I grew up surrounded by music and most of my formative musical experiences happened when I lived in the North.

I played piano since I was 5, Drums since I was 7, so that part of the world immediately conjures up early musical memories. Both my parents were musical and never discouraged me from pursuing music.

My Dad was a piano/keyboard player and had a pretty serious synth collection when I was growing up. If I’d have had the foresight I’d have dissuaded him from getting rid in the early 90s! I did manage to salvage an original TR-707 which is on most of my tracks now!

We moved from the North when I was 16 down to Cornwall, which too impacted my music and process, but I’d say now, every time I go back North, I feel like I’m going home.

How was your experience touring with George FitzGerald and what did you learn?

It might be drastic to say I wouldn’t be doing what I’m doing now if it weren’t for meeting George when I did, but he was fairly instrumental in encouraging and giving me the confidence to release my own music.

I met George when I was still only really playing other people’s music as a session musician. I’d been asked to cover some shows on both the keys rig and drum set up and I started by coming in and approaching the show as I would have any other. I’d started making tracks and over time George ended up hearing them.

Fast forward and he’s playing one of my early tunes on his Radio 1 show. This gave me the confidence to keep going and release my own music.

The live shows with George were phenomenal. I got to hear how people react to this music in a visceral way. As I’d come from a live scene as opposed to a club/rave scene, it was inspiring to see how the music affects an audience. I met some amazing people and heard some of the artists which now influence my music up close.

On your socials, we can see a lot of live content, could you describe what you use live?

My main setup is a Prophet 08, Moog Sub Phatty, and various effects boxes/pedals. When I’m not playing with Luke (Tomlinson, live drummer) I add in some drum pads to play some of the percussive elements.

I think there’s quite a lot of debate in the electronic world about playing live and what the benefits/pitfalls are. For me, music is live, and the way a bass line or drum groove is played, is what gives music life, and the interaction between two musicians will be different every time.

If you had to pick three artists to collaborate with, who it would be?

You just released Okay, can you describe it in one sentence?

For the young generation, could you tell us where do you find your inspiration?

There was a great documentary about Jazz pianist Keith Jarrett, and he professes that “music coming from music is like saying that babies come from babies, it’s just not true”, so I also think other Artistic avenues such as Visual Art, Film, Literature as well as music definitely help inform my musical ideas. I’m also interested in the artistic process.

Finding out what makes Stanley Kubrick, Francis Bacon, and George Orwell tick can offer a surprising and often fresh perspective when it’s applied to making music. This and Brian Enos' oblique strategies are a great way to get around tricky artistic corners.

More recently, collaborating with other producers and artists has helped me find ways of working that I might not have found. Big shout to Joe Brown (XL Recordings) who co-produced OKAY. We have a way of working together where there’s trust and understanding, and every session we do together ends up culminating in exciting ideas.

For the Nerds, could you please give us more info about the production, the gear you used, the plugins etc..?

I use Ableton as my DAW, and as much as I’ve used it, I still feel like I’m scratching the surface of what’s possible. All the synths on the NAYLOR tracks are either my Prophet 08, Moog Sub Phatty, Roland SH101, or DX7.

I feel keeping a small arsenal of synths that I know really well is more beneficial than a room full of too many options. Drum-wise, there’s always a live element in my tracks. Whether that’s a live break or me playing live with the programmed or vice versa. My main drum sounds are from the Dave Smith Tempest or MFB Tanzbar. Due to the powerful nature of Ableton, I’m conscious of option paralysis so keep things tight and if I can’t achieve the sound I want with these, then I may start to look elsewhere!

Vocal wise on OKAY, we recruited an amazing Vocalist, Jess Greenfield who sounds incredible. When we started the process, I asked her to send me some acappella ideas that you may have found on an obscure 90s RnB record. I wanted this track to nod to the soulful, house of Kerri Chandler and Frankie Knuckles, as well as the more harder rave tracks Joe (Brown, XL Recordings - co-Producer), were listening to when we started putting the track together.

Plugins-wise, I’m all about Soundtoys. All the sound design and saturation come from this collection. I’m also using quite a lot of more traditional methods too, Pultec style eq’s to add character, and LA2A, 3A, and 1176 Compression on most things. I want my tracks to retain an organic sensibility so don’t go too overboard with post-processing.

I should also mention the mastering process too. Since the first NAYLOR release, I’ve been working with Oli Morgan at Abbey Road. He uses stem mastering, which for me is a great process as it adds a final buffer between my mixes done at my studio and the finished product. It’s almost like doing a mini mix before the final master. Oli has become an integral part of the process, he knows the music, understands what I’m trying to do, and is able to add that final piece to the puzzle.

What would you change in the industry?

As well as a musician, I’ve had a role as an educator and my big takeaway is about increasing opportunity at the earliest stages of someone's Musical development. I feel the best opportunities are reserved for only a few, and we should do our best to ensure that everyone who wants to can be exposed to learning the craft of playing and composing music.

I feel I’m still figuring out a lot of the ‘industry’ stuff as an Artist, maybe ask me in 5 years and I’ll have some ideas on change!