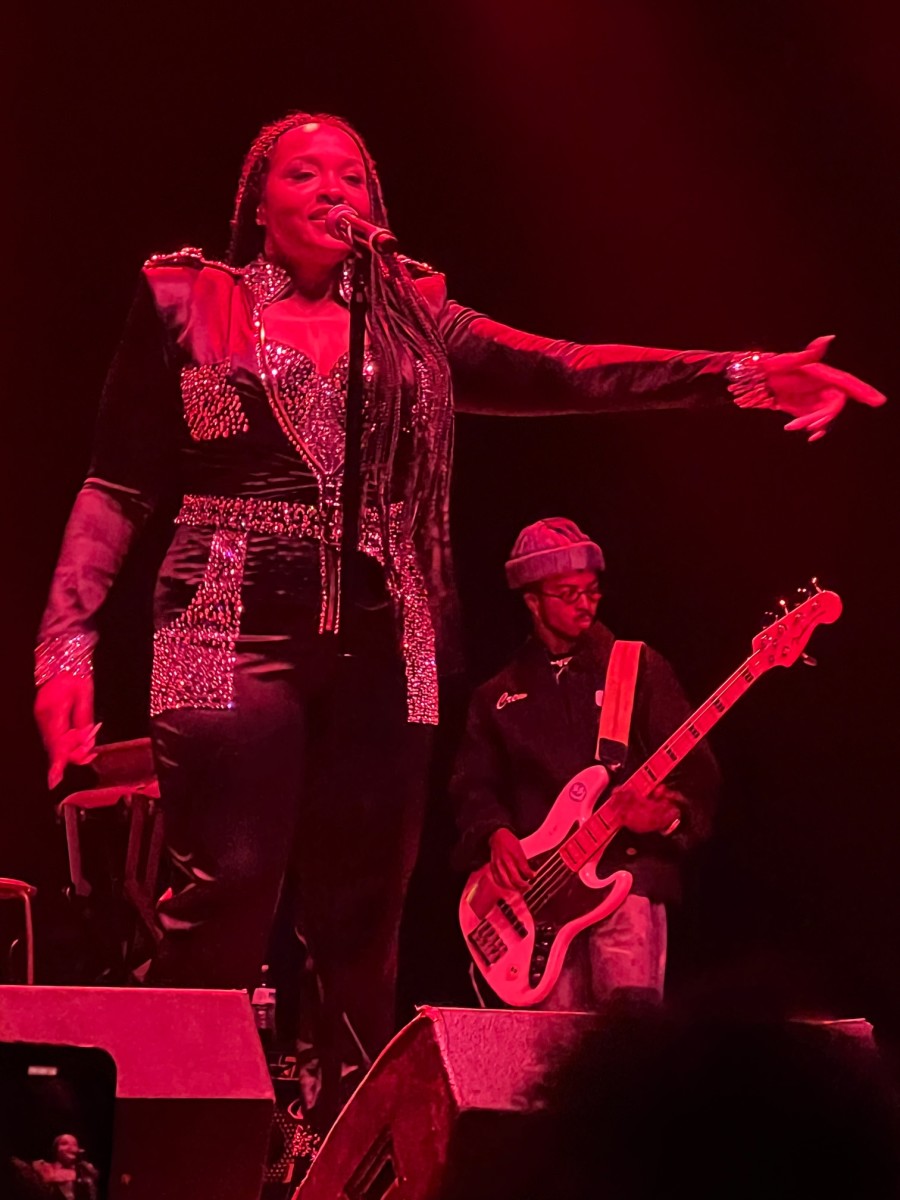 I remember being introduced to R&B singer-songwriter Alex Isley's music a few years ago through a Spotify playlist, and I've been a fan ever since! I knew I wanted to see her in concert, so I tracked her tour dates using the Bandsintown app.

What Is The Bandsintown App?

The Bandsintown App alerts you when artists are coming to your city. It also allows you to integrate your music library with the app, so you can always see your most-listened-to artists up close and in-person and snag tickets before they sell out!

I saw that Alex Isley was going on her Marigold Tour and coming to The Masquerade in Atlanta on August 24. All it took was a quick ticket purchase through the app and an RSVP to remind me of my upcoming concert plans.

As we know, in life things change and so can plans. Between having friends with different schedules and musical tastes going alone to the concert was ideal for me. Although I went to the show solo, I wasn’t the only one alone.

According to Bandsintown survey, 77% of people said they would attend a concert alone and 80.4% of people said they would rather attend a show of their favorite artist alone than to miss it. While standing by the stage waiting for the show to begin I met Julia, a fan from Nashville, Tennessee, who drove to Atlanta, Georgia, and came to the Marigold Concert Tour by herself to see headliner, Alex Isley, and opening act Gwen Bunn.

Julia mentioned an instance where she had a chance to attend late rapper Mac Miller’s concert but ended up not going. She missed his concert, thinking she would have another chance to see him perform one day, but the rapper passed away. After that experience, Julia realized she never wanted to miss a concert of an artist she enjoyed if they performed nearby.

How Was The Alex Insley Show?

Chelsea, another solo concert attendee I randomly met while searching for the venue entrance, and I struck up a conversation. I even looked out for each other's safety, walking together after the show to our designated rides. Chelsea said she was happy she ran into someone who liked the same genre of music as she. There are perks to attending concerts solo.

One of the best parts of attending a concert alone at a smaller venue like Atlanta’s standing room only, The Masquerade, is that if you’re by yourself, you can maneuver through the crowd more accessible and get as close to the stage without having to consider where your group of friends will stand or if they’re enjoying themselves.

It’s also a great way to start a conversation and make friends because you already share a commonality of liking the performing artist.

I saw an eclectic mix of people from different generations at The Alex Isley concert: Some were by themselves, some were with their friends, and others were couples. Alex gracefully captivated the intimate sold-out indoor venue, The Masquerade, in Atlanta, Georgia, which held around 1,000 fans.

Singer, Alex Isley, comes from R&B Royalty, yet she holds down the throne with perfect pitch and a jazzy yet soulful soprano voice talent of her own. Music is definitely in the Los Angeles native’s DNA. Alex has had “Good and Plenty” examples growing up around music. Alex’s maternal grandmother was an opera singer, her father is guitarist Ernie Isley, and her uncle is Ron Isley of the legendary R&B/Soul group The Isley Brothers.

Alex’s opening act was R&B singer and Decatur, Georgia native Gwen Bunn, who sang songs from her new album “Phase” and a unique cover of Usher’s “U Got It Bad”. It was an energetic show.

You could feel the positive vibes in the room, with the audience standing up for two hours, singing and cheering along to every one of Alex Isley’s songs.

Alex sang songs such as “Into Orbit”, “Mine”, “We’ll Always Have Paris,” “Zero,” “Colors,” and more! She ended the night singing one of the classic 70’s songs her Dad, Ernie Isley wrote, “At Your Best”(You Are Love), which has been covered by many artists such as Frank Ocean and the late singer Aaliyah.

Alex Isley has also collaborated on songs with artists such as Kaytranada, Robert Glasper, Tank & The Bangas, P.J. Morton, Jill Scott, Lucky Daye, Masego, and Jack Dine. She has even performed for NPR’s Tiny Desk at Home series.

Don’t forget to download the Bandsintown app and check out Alex Isley’s Marigold album, and tour in a city near you!