BOO CREW! Have you been keeping up with Matthew Lucas? For those who are new to The Boo Crew, Americano, space bass, dubstep DJ and Producer, PEEKABOO, is recognized for reverberating bass drops that split the world apart, collaborating with Bassnectar and creating heavy-hitting tracks like ‘Babatunde’ that we still can’t get enough of.

Recently, PEEKABOO and Calcium teamed up for their first collaboration together on their latest track, ‘Hands Up’. They strategically timed the release for the season. From the skeleton cover artwork, to the track’s Halloween-esc sounds, this heater is giving us all the dark vibes.

PEEKABOO and Calcium’s “Hands Up” was the Halloween house party banger of the year. 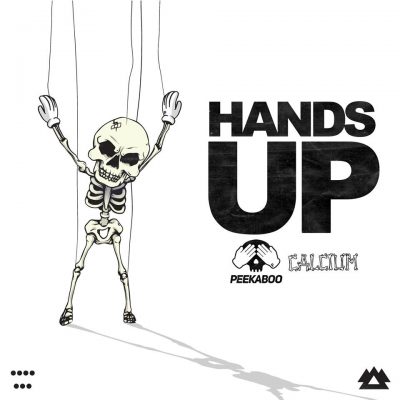 PEEKABOO and Calcium‘s sounds blend flawlessly for ‘Hands Up’. The tune is infused with haunting wobbles, cryptic beats, strong and fast builds up to heavy drops, and a “Hands Up” sample to add fuel to the fire. Then tune into his latest edition of Hide & Seek, that shines light on the latest music he is messing with.

Listen to “Hands Up”:

Keep the PEEKABOO vibes going by watching his Lost Lands 2019 set and listening to his new fueled up Bassnectar collaboration, ‘Illusion’. 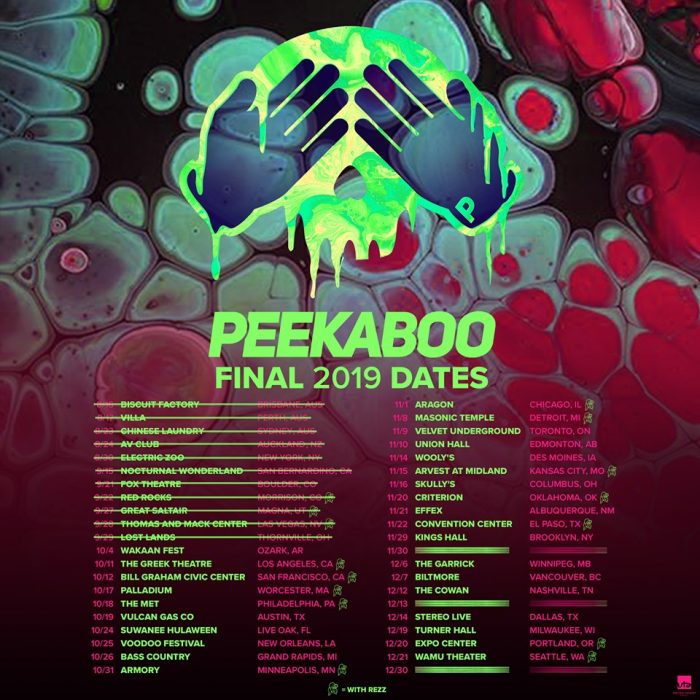 PEEKABOO just annouced that Moodygood, Zeke Beats, and ISOxo will be joining him on the Impossible Tour!!

Join The Boo Crew and stay up with the latest from PEEKABOO by following him on his social media handles linked below.