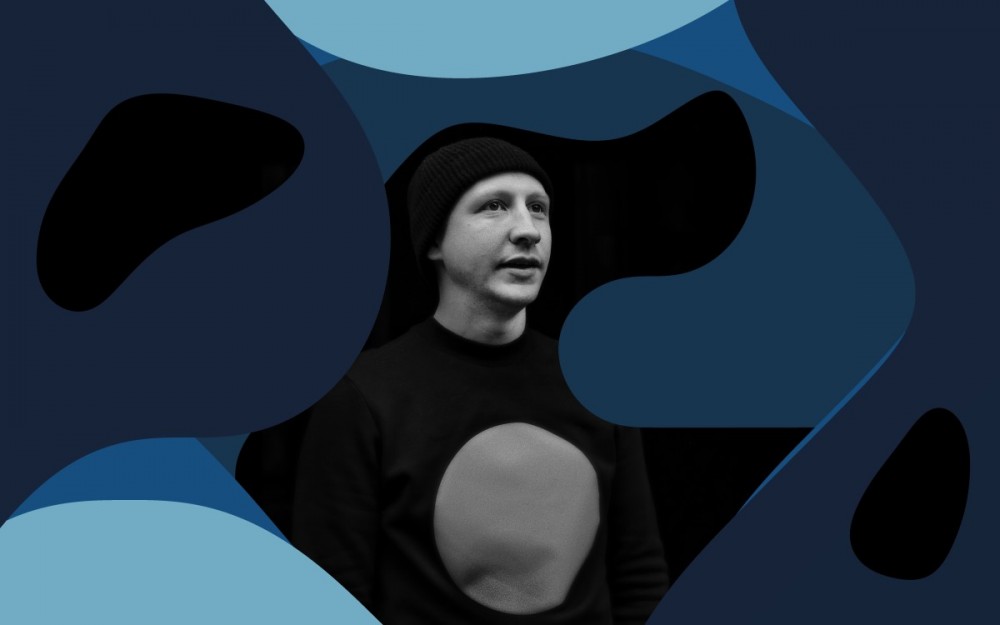 An expansive yet concise exploration in a synth and sample-based songwriting, ‘More Than Anything’ is the new Mini-LP by Brooklyn-based electronic musician and audiovisual artist Varsity Star. Featuring lo-fi electro 808 drums and neon synths on "Summer", precise and pristine sound design on "Pipes", and futuristic synthetic four-on-the-floor beats on "LED", this release spans a wide sonic palette unified by a focus on deeply personal songwriting.

Varsity Star explains, “For me, it's about making emotional, encapsulated experiences that hit physically from the speakers. From Aphex Twin and the Miles Quintet, I learned a lot about exploring the tensions between those things, tearing music apart, and putting it back together in one take. I found music that spoke to me in a real-life, non-theatrical, emotional way is something I’m always trying to get back to.”

Below, he breaks down the release for the latest installment for The Director's Cut

This reminds me of coming home for Christmas after I moved out of my childhood home. I guess the bell sounds tie back to that sort of thing pretty directly but I think there’s something about the dark still night that’s in the track too. I made this when I was going through this phase during the pandemic of scoring tons of scenes from Normal People on Hulu, just because I kind of found myself constantly going back to the way it was shot and trying to wring some of the same feelings from the show out of my tracks.

I wanted to see if I could get away with pretty hard breakbeats and some sort of 90's UK-sounding stuff next to tape-machine detuned acoustic guitar. Hence the title. I decided to have a little melody at the end mirror the next track and crossfade it just a bit, to kind of make them feel like a 1st and 2nd part to something. I think this is the oldest track on the release - I started working on it just after I finished up ‘That’s Something’. Besides the genre-stuff, this one to me is really all about moving between a really large and a really small physical space, and kind of getting an elastic feel of transitioning between the two.

This was another one where I wanted to try and get away with recording upright bass along with some janky garage drums. I used a bunch of ripped sword sounds from this video game I was into at the time, to get that really metallic jangling kind of feel. I don’t think it comes out sounding that medieval, but it gives it a nice physicality you don’t get from just using synth drums.

I wanted something that really had a 4 on the floor thing to it but also felt like it really built up and went somewhere, more than just doing a big banger drop. But also I felt like the synths on here was kind of housecat-feeling, sort of cozy like being in a bedroom. This was another one I worked on during the scoring period - I was really fixated on another scene in a bedroom during a hot summer day and to me, this kind of has that feeling too - mostly pretty intimate, close-sounding things.

Some of my tracks take forever to put together, like Mixtape and Bedroom, but basically played an arp and improvised some chords, bounced it through this weird delay and that's about it for this one. Sometimes if I just get a good sound going with my setup, I can mess around and just make something in one take that I’m happy with.

This one was on the backburner for a while - I think these kinds of tracks are really tough to get right because I want that crunch and the bendy nostalgic sound, but I also want the thing to hit physically, especially with the low end and the drums. To me, this track is really about a couple of simple melodies that fit well together, and compelling charismatic sounds to make them interesting. It's got kind of a neon-arcade vibe, but musically really plays like a song instead of just a beat.

This is actually a reversed and then chopped-up sample of the background Rhodes from Summer - I don't think anyone would ever really notice that but it's part of why they fit together pretty nicely. It’s another one of those tracks that I just got as a gift. This one always reminded me of an empty playground in the fall - one you walkthrough as a teenager or something.

I originally called this one "Ginger" because I knew it would be a palate cleanser on whatever record it ended upon. I didn't care about making this one that song-y as much as I wanted it to be extremely physical to listen to like you could feel the materials in the track coming out of the speakers.

They sound like pipes to me, sort of like a wooly pipe organ or something but with a percussive behavior to it. There's a mix of some really clean hifi stuff on here with some really grimy sounds also, and for me tracks like these are all about trying to get different textures together; each opposite makes you experience the other more strongly.

I try not to box myself in too much when making tracks but I really stuck to the concept of making this one with no drums. Like Summer, it was around on my hard drive for a while before I really mixed it and produced it. And like Pipes, it's also a pretty physical experience, although I think it's also got a pretty shaped melody propping it up. The chords are kind of like an exoskeleton for the whole track though.

I've heard a decent amount of electronic music with no drums but in time lately, but a lot of it really tries to lean into a very passive mood, a very un-opinionated emotional setting. And that's cool - I just don't really make music that way, so I was curious to try and do it with a heavier hand in putting a narrative in the track and really going somewhere. My good friend still lives in his hometown but refuses the label "townie", and he loves all that no-drums stuff so part of me is doing this just to fuck with him, but the more I listened the more I also kind of imagined that suburban setting with this one.

The mini-track at the end reminds me of going to a museum as a kid and being in one of those dark but colored lighting exhibits on a field trip, where you know for some reason you're supposed to talk quieter because it's dark in the room, but everyone is whisper-yelling to each other "oh that's so cool!" I honestly can’t remember how I actually made it - I ran some bounce of something through a bunch of effects and out it came.

I know this one didn't make it to be a single because it's too long and there's too much different shit in it, but it's my personal favorite of all these tracks. I felt like this was really the first track I kind of stretched out on with sound design spanning across all the parts, instead of just hearing it as drums+bass+synth+whatever. I really wanted to have a super synthetic, kind of futuristic setting to this, but have a very human-scaled, melody-driven song at the center of it.

I called it LED because the whole thing to me sounds like a colored set of lights glowing to the beat of it, sort of growing as the track goes on. Everything has a really "electric" sound to it - obviously, it's all synths and samples, but I think they sound like lights and wires and all that too.

I don't design my music for clubbing but I love 4-on-the-floor stuff, and so this track I wanted to really get into that and find a way to put some kind of romantic emotional feel to it, without it being really stupid of course. The shakers and kick and claps are all kind of a little slopped out, which I spent a lot of time getting right. I wanted it to feel constant and driving like a real dancefloor banger, but still have that kind of wobble to remind you that someone's on the other side, writing it like a song, not just laying down some sequencer patterns.