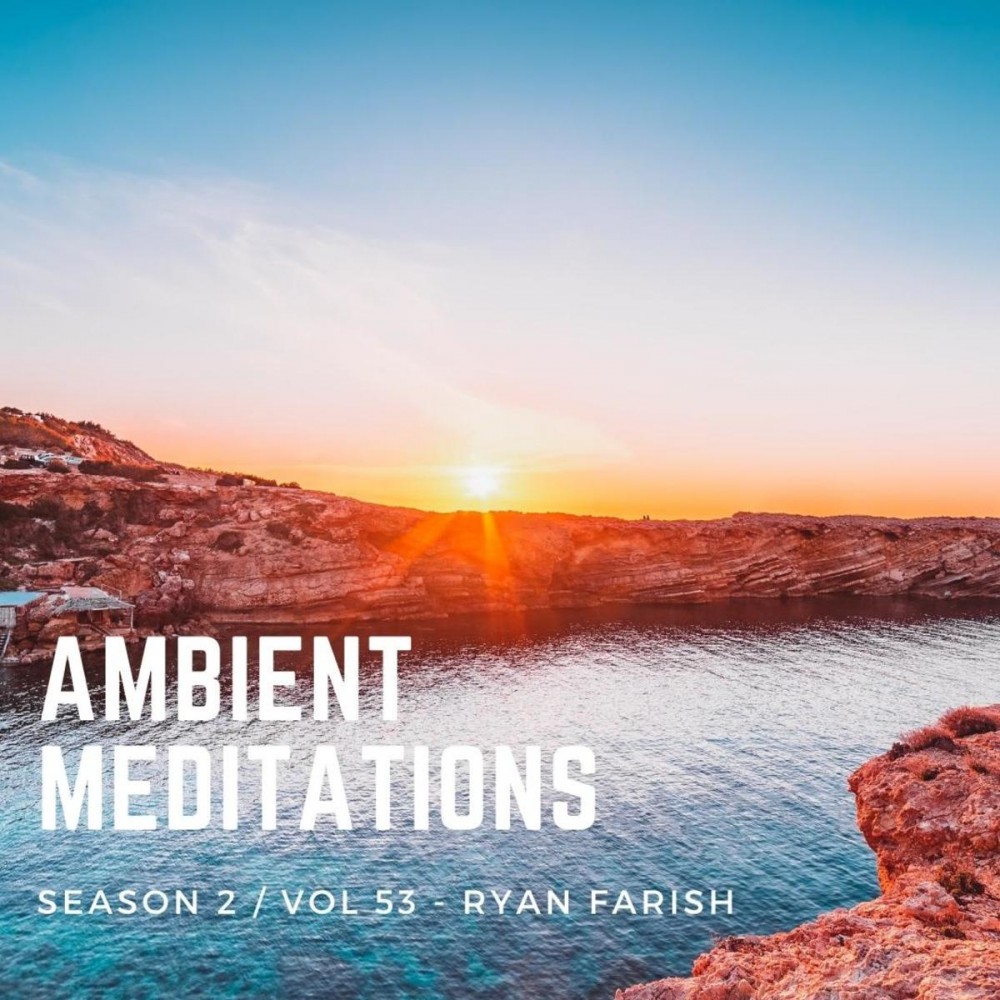 This week we welcome Ryan Farish to the podcast, who has been producing music under his own name since the days of MP3.com, where he was downloaded roughly 1.8 million times. This early success on the OG of streaming platforms started a long career in music, both in commercial work for brands like Audi and Bang & Olufsen and as a solo artist, with early tunes gravitating toward classic chillout and later into more 4/4 dancefloor work. His early chillout sound takes us back to the golden years of Cafe Del Mar and the endless, amazing "chill" compilations that defined the mid-90s and early 00s. His mix is a bit of a nod towards the classic with some modern touches, perfect for a glass of sangria and a sunlamp - just pretend you are in Ibiza watching the sunset.

An Ending (Ascent) by Brian Eno

Strength From Inside by Above & Beyond

Floating Above the Below by Ryan Farish

Energy by Above & Beyond

One Time by Itona

"Music has often been there for me in my life, in so many meaningful ways. At times it grounds me, helps me focus, and inspires me to see things from a new found perspective. I've carefully curated this continuous mix of music for you, featuring some of my most favorite compositions, songs that have perfectly served my life and given me a sense of connection and inspiration, along with songs of my own that I've created in almost 20 years of crafting intentional music, with a focus on this specific aesthetic." - Ryan Farish

Through the highs and lows of the journey we call life, Ryan Farish reminds you to return to the consistent beat of your heart with his album Rhythm of the Seasons. This new body of work hones in on his signature sound of uplifting melodic, trance and deep house, while veering towards new analog techniques in the mix and mastering process. The interaction between ambient instrumentals and rich percussive elements throughout the album resembles the underlying heartbeat that prevails as a constant in our lives.

Farish's goal in the production process has always been to search for the sounds that exist within the music. His latest album focuses on the interchange between notes and melodies in contrast with the downbeats of each track. The theme of rhythm persists through the album, which means so much more to Farish than just timing. Rhythm of the Seasons captures an impalpable dance between drum patterns and sweeping melodies.

The album comprises eleven songs and opens with the title track, which serves as the gate into Farish's world of symphonic ambience. "Rhythm of the Seasons" lays the groundwork and sets the album into motion, while "Wild Horses" brings texture to the album and informs the cover art. Through the use of bells, chimes, and soothing vocals, "Wild Horses" encapsulates the feeling of freedom in the vast experience of nature.

Farish shares with us more of his musical voice with "Stay," introducing his own vocals into the mix. The vocal sample is doubled and processed to create an entirely new melody that brings nuance to the track. "Safe In The Hills" captures the comfort that can be found in channeling one's happy place. The mountains have always brought great comfort to Farish, and in the conception of this song, he recalled vivid memories of camping with his family in the Blue Ridge mountains. Farish hopes that "Safe In The Hills" will bring you to recall your happy places when you take a listen.

The album ultimately challanges you to live the present moment and build momentum as you pulse through life. When the rug is pulled out from under you, the album serves as a reminder that the beat of life goes on. In the mix of it all, Ryan Farish is thrilled to present "Rhythm of the Seasons."

RHYTHM OF THE SEASONS TRACKLIST

Rhythm Of The Seasons

Safe In The Hills

Certain paradigms in the world of electronic music cannot be entirely replicated, and the body of work by Ryan Farish deserves such an accolade. The decorated DJ, producer, composer and multi-instrumentalist has touched innumerable hearts over the course of his career. Although best described as downtempo or chillout, Farish's music exists in a category all its own. By pairing rich instrumentals with elements of ambient and uplifting trance, he's yielded a polished and unmistakable sound that resonates with a wide international audience. He's garnered over 330 million streams across the major digital platforms. As electronic music's youngest generation of enthusiasts continue to discover the music of Ryan Farish, his catalogue of music will continue to expand. For Farish, the artistic journey continues to be embarked upon with new avenues constantly being explored – with 'Rhythm of the Seasons' and forthcoming bodies of work still to be revealed being of no exception.