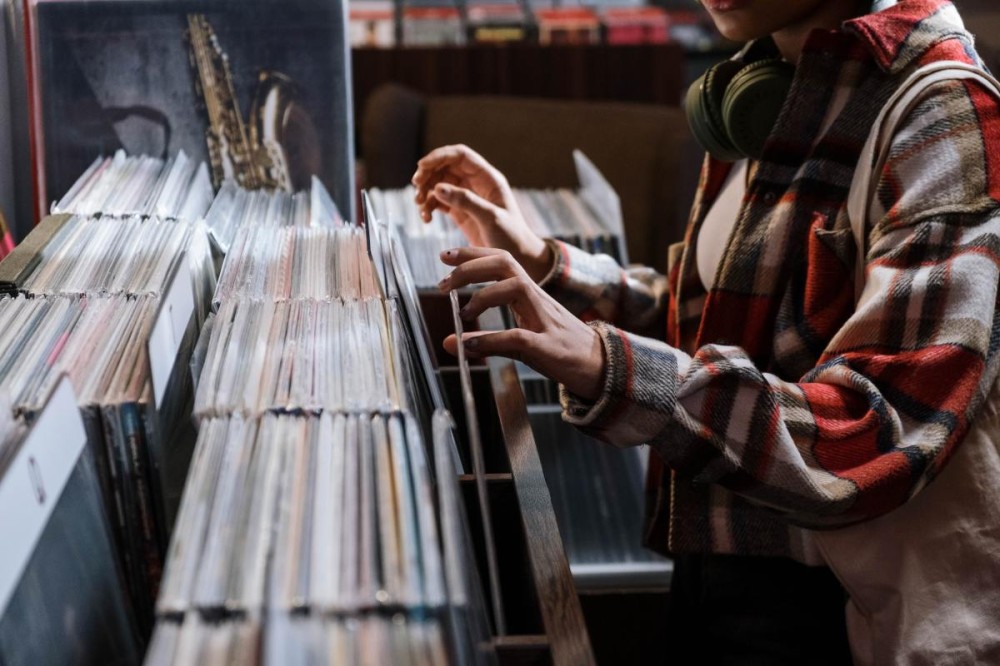 New for 2022, each month I will be breaking down the best new vinyl releases across all genres hitting the market. Everything from the latest releases from your favorite artists & producers, to special editions, reissues, box sets, and whatever other interesting titles that you might be missing from your collection. Going forward, I'll highlight titles dropping in the coming month but to get things started, here is what you'll want to check out from the month of January.

Artists & Labels that are interested in having their records reviewed for this feature can send their submissions here.

For the first time since it was originally released in 2001, Daft Punk's second album has finally been re-pressed for collectors and fans to enjoy. The re-release was supposed to happen on January 14th but the street date has now been pushed to later this month. You can still pre-order it here and you should have it in your hands by the end of the month.

Bonobo's 7th studio album and first since 2017, Fragments is truly a complete project that hits the listener emotionally like a beautiful pile of bricks. What started out as more of an experimental work, the final product resulted in one of the most creative projects we have ever heard from the UK producer. I can't wait to see him play this live.

Now I know I don't have to tell you this but David Bowie was a certified legend when it came to the amount of music he released. His catalog consists of 26 studio albums, 21 live albums, 46 compilation albums, 10 extended plays, 128 singles, 3 soundtracks, and 12 box sets as well as 28 video albums and 72 music videos! His latest posthumously released studio album Toy was released on January 6th and featured a variety of songs both new and old, with the majority of the titles recorded between 1964 and 1971. This special (Toy Box) release includes 6 LPs and is a must for any serious Bowie fan.

Originally released in October of last year, Lazerbeak's Cameron finally finds its way to vinyl 3 months later (which is no surprise as the manufacturing delays have been insane with records in recent years). Lazerbeak (Aaron Mader) is most famously known for his production work with artists like Lizzo, really went in on this album, combining serene vibes with the wild energy of his seven-year-old son (named Cameron). It's a great listen and obviously sounds much better on wax.

One of my favorite albums from last year, Madlib (with the help of Four Tet) released a beautiful collection of tracks that the pair had worked on together over the years (supposedly there are dozens more). While Sound Ancestors has been available on vinyl for some time, in January fans were blessed with a special green version that glows in the dark. For all the Madlib freaks out there this buy is a no-brainer.

DJ Krush is one of the most respected DJs in the hip-hop/breakbeat world. and his incredible 2020 album Trickster has finally been made available for the first time outside of Japan. Technically listed as a pre-sale order after delays, you can expect to receive your copy by February 22.

Considered to be their best album by many fans and critics alike, Wrong Creatures was originally released in 2018, and just like so many other great albums that have come out over the last 5-10 years, this one as well has been given new life through this recent pressing.

This classic project from Wiz Khalifa is finally getting its vinyl flowers with a special 10-year anniversary edition. While Wiz's career really exploded after releasing the song "Black and Yellow" back in 2010, Kush and Orange Juice was a viral sensation that actually took the Pittsburgh product to another level, bringing his mainstream appeal and die-hard hip hop fans together to celebrate smoking good in a way that only Wiz can.

The GOAT of original movie soundtracks and one of my favorite Coachella acts of all time, Hans Zimmer hits our very first vinyl chart with a special clear edition of the soundtrack he created for the blockbuster hit Interstellar. You almost don't need the movie at all once you hear this record on a legit hi-fi set up and if you're looking for some background music to make any household activity more exciting, then this record is exactly what you need.

Another band that I have thoroughly enjoyed watching blow up over the years, Chicano Batman's Freedom in Free was originally released in 2017 and is one of their most popular and well-rounded albums. The songs are catchy and the vibes are heavily influenced by the sounds of 60s and 70s R&B but mashed effortlessly with the band's signature sound. This special release, which dropped on January 14th, came in a very cool pink and blue splatter colorway.

The 9th studio album from the legendary band, Voyeurist is the first full release from the guys since 2018. It was originally supposed to come out in Q4 of last year but just like so many other releases, the vinyl ended up facing a 3-month delay. The album has received critical acclaim so far and fans will get a chance to see it performed live when the band hits the road for their 2022 tour later this month.

Originally released in 2008 and then re-released in October of last year The Bedlam in Goliath is the band's most intense and electric project to date. The music on this record is an energy all its own and takes the listener on a journey that is just as complex as it is chaotic. After several delays the vinyl has finally hit retailers, coming in a variety of color options.

I actually featured this record last year on our Hip Hop chart and now the 7" vinyl featuring production from the boom-bap legend Mr. Green and a solid feature from Rick Ross is finally available for purchase. If your fan of that classic hip-hop sound then you'll want to scoop this up before this limited run is gone.

This is the third release from Wagram's music Trip-Hop Vibes series and really shines the spotlight on everything people love about this unique genre. With tracks from legendary artists like Tricky, RJD2, DJ Vadim as well as more recent offerings from producers like Flume, the end result is a well-balanced mix of deep grooves and chill energy that will take you to another world once the needle hits the record. If you are just getting into trip-hop then these compilations are a great place to start.

Closing out the first chart of the year is another compilation, this time featuring some of the best Lofi producers on the planet. On this double record offering from Vinyl Digital, you'll hear tracks from artists such as Mujo, pettersson, Saltyyy V, Flughand, Burrito Brown, Thelonious Coltrane, SÃ¡tyr, Harry Hawaii, plus many more.