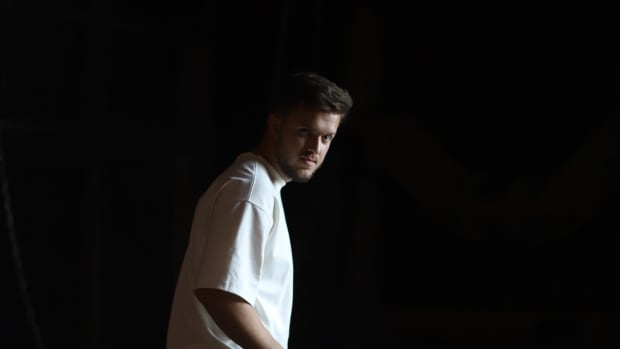 The summer is fading away and the month of September had waves of new music along with vibes that seem to fit the season just right. We have the top Progressive selections in our monthly top 15 chart here.

Some of our favorite producers released great new music including originals by Nopi on Replug Records, as well as Franco Armellini & Ignacia Berardi's new original on The Soundgarden. There were also fresh original releases from artists Aerospace Project, Mayro, Kroyan, and more including some stand out remixes!

Checkout the top 15 Progressive House selections of September 2022 below and stream the whole chart on Spotify as well.

Cid Inc's Replug Records welcomes Nopi back to their label for his first solo project. Ukrainian artist Nopi brings a surreal beauty to his innovative brand of electronic composition. "Mistake Forrest" is packed to the hilt with drama and emotion, its adventurous spirit is something Nopi relishes in, as he flexes a trance-inducing side of his studio repertoire. A genuine exchange of melody and texture provide the narrative, where themes of introspection and hope get translated by fuzzed out vocal fragments, thought-provoking musicality and machine-gun style grooves.

Deep Down Music is pleased to present their first sampler compilation. Seven deep, emotive progressive tunes from across the world with "Pegasus" by Aerospace Project as a stand out favorite.

Univack presents "Objective" by the Argentinian artist Mayro. This producer was always characterized by the breadth of genres, and over the years he acquired and created his own sound with influences from Progressive House, Melodic House, Deep House, Trance and more... Transmitting versatility, groove and a unique atmosphere both in their productions and their live performance.

Kitchen Recordings features this new release "Desert Wind" by Kroyan an artist whom is able to transfer deep music ideas and make interesting sound experiments in his productions.

After Hours - The Remixes is back with volume 14 on the AH Digital imprint with a collection of fresh remixes including Martin Bernini's "Seasons" getting a fresh remix from Liam Sieker.

Onedotsixtwo welcomes the fabulously talented Ric Niels on board the label with two wonderful originals, the first titled "Rapture Sky" and the second "Falkner". Both tracks ooze energy and drive and have been receiving great responses from those supporting thus far.

The Desert Hearts Black label has been consistently releases top tracks and releases and the trend continues with "Creativity" from the collaboration of D-Nox and Stereo Underground on this massive original.

Dutch artist Alex O'Rion releases another big track with "Relic" delivering chunky grooves providing the backbone for carnival-like motifs and shape-shifting atmospheres to work their magic. A prophetic blend of melody and texture highlights the break as Alex re-affirms his ability to captivate a dance floor, as off kilter percussion and a wave of noise melt down into a groove-centric drop.

"Sirans", is a new original by the Polish artist Cream (PL), in his first appearance on Univack. Krzysztof Kupczakiewicz (Cream) is a veteran artist, who has spent over 35 years working as a DJ. His music style is a combination of house, progressive, tech house and minimal techno sounds. Nowadays Cream is one of the most well known artists in the Progressive House scene, with plenty of tracks released on most important labels in this genre.

Matan Caspi and Kamiel Kiko team up on this original "Amaryllis" on the Outta Limits label delivering a progressive vibe you have to hear.

"Take My Demons" is a new single by Weekend Heroes on the Beat Boutique label. Say no more, dance.

Movement Machina returns to Yomo Records, this time teaming up with fellow Finnish producer Kajis for a superb collab track blurring the lines between progressive house and techno. "Zone" gets the remix treatment from Mike Koglin who delivers an impressive rework full of percussive grooves and analog synth textures.

The Malta-based label Lost & Found has just exposed a new two-track dancefloor weapon to the world! It's one of those releases that fans of the genre waited for for countless months. The release speaks for itself with Tantum's remix of "Loco Motif" by Kasper Koman is a favorite progressive cut. The masterpiece has an otherworldly attitude surpassing the unwritten rules of music classifications and satisfying the emotional needs of the global audience.

We hope you enjoy these hand picked chart selections and remind you to "Like" and follow along on our playlists to keep up to date. Also remember that sharing is caring when it comes to music the more we support artists and producers, the more they can keep making the amazing music that we all enjoy.

Remember you can also See past Progressive House charts here.