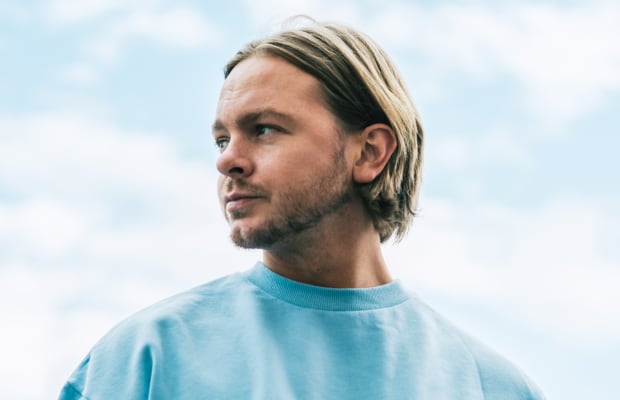 Many genres simply run out of gas when it comes to producing quality, new music so it's quite invigorating to present you with brilliant new tunes each and every month within this genre. Tunes to look out for this month come from DJ Seinfeld's new, next-level LP, Disclosure's DJ Kicks single ahead of the long overdue mix, as well as this month's top tune coming from Luciano and Michel Cleis. Plus, many more, including, Steve Bug, Super Flu, Felipe Gordon, Low Steppa, and more. It's a stacked line-up of house music. Enjoy!

Listen to past house charts here

Nick Holder first grabbed the Pat Metheny sample back in '97 for his euphoric late '90s house classic, "Summer Daze" and now Michel Cleis along with Luciano are updating the beautiful tune for a new generation under the moniker, Los Niños.

A personal favorite of mine off of the recently released DJ Seinfeld L.P. via Ninja Tune, Mirrors, is this absolutely gorgeous spliced vocal house cut, "Tell Me One More Time." File it under "Ethereal House Music."

It would be rude not to include at least one more tune from DJ Seinfeld's Mirrors L.P. and what stands up just as tall for yours truly is the album's closer, "Song For The Lonely."

DJ Koze's interpretation of this traditional Haitian song is expectedly brilliant. The vocals are run through some sort of filter thereby giving the tune a new life with Koze's stamp of originality on it.

Alehho's Monday Social Music debut is a double sided affair that features this deep one which may remind some of a Future Sound of London classic.

Disclosure's highly overdue mix for !K7's DJ Kicks series is set to land on October 15th and its advance tune is this deep house magic which bounces quite nicely thanks to the guest appearance of bubbles.

After a 15 year break, house music stalwarts, Milton Jackson along with Shur-I-Kan return to Freerange for a three track affair which features this lovely house jam that's highlighted by string sections galore.

Jungle Fire is an L.A. based afro-funk band and Felipe Gordon is a Columbian house music wizard who was deservedly put in charge of remixing the former's early 2020 tune, "Atómico."

It's no secret that German production duo, Super Flu are always one step ahead when it comes to house music. Their skill and mastery of the genre is unrivaled and it shows with each and every release that fails to sound like its predecessor. Their newest EP, Go Re Neu which features this powerful tune is of course no exception whatsoever.

Sampled from a '76 dance-floor classic, this fantastic collaboration on Toolroom is the latest display of how undeniably timeless the marriage between disco and house really is.

Track #2 on Super Flu's newest goes a bit more tribal while still retaining some gorgeous electronic elements that take center stage and elevate it to the next level.

Steve Bug's newest outing on his own long-standing imprint is an ear-worm that transcends house music and branches out to a few different sub-genres.

Released only on vinyl back in October of 2019, UC Beatz' Midnight Swing EP is now available digitally and it features this fine house jam deserving of some attention here in late 2021.

Low Steppa's latest offering, "Make It Through" is that one track that needs to be played at the next early-fall, day party.

This acid, tech-house banger is very likely to disrupt a floor full of ravers grooving along monotonously.

Stream the entire house chart uninterrupted via one of the playlists below: