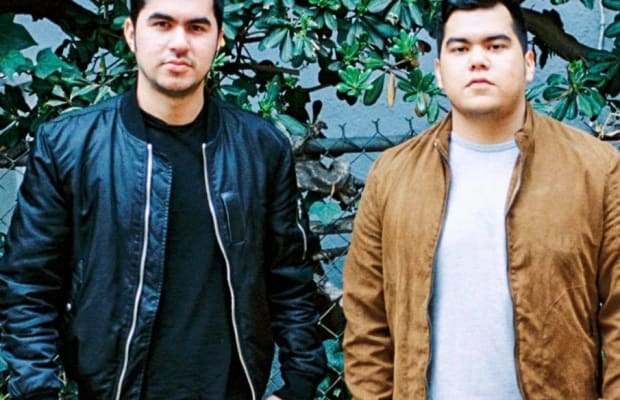 Piano-house may be aplenty in this month's house chart but it's the long-awaited "Lauren" by Oden & Fatzo which take center stage. The tune is just amazing and its timeless qualities are very likely going to keep it around for many years to come.

Originally released strictly through Bandcamp in August 2020, this bona-fide summer anthem finally gets the major release it deserves here in early autumn.

Mexican production duo (and brothers), Soul Of Hex are back on Delusions Of Grandeur with trio of tasty tunes including this very deep and delectable tune they call "Dreams."

3. "SMILE FOR A WHILE (JON DIXON REMIX)" - JIMPSTER [FREERANGE RECORDS]

Freerange Records is celebrating 25 years in the biz this year and as part of the festivities, label founder, Jimpster has invited some special guests to remix his back catalog. Including this very one from 2020 by none other than Jon Dixon of Galaxy 2 Galaxy fame.

Felipe Gordon's long-overdue debut on Heist Recordings is finally here and it's a varied, yet themed four-tracker which closes with this elegant slice of house music.

Melbourne, Australia is in full effect on this ultra-funky tune with Surprise Chef being the band and DJ/producer, Harvey Sutherland the remixer.

Ahead of his debut artist album, Spanish producer Dennis Cruz dropped this flamenco-house hybrid that'll have you hooked on the first listen.

Following up on his fantastic Watergate compilation late last year, Hyenah is back on the label with the Once A Man EP which includes this rather spectacular remix by Nandu!

The repetitious sampling pattern may be a bit manic on this one but the tune sure does live up to its cheeky title.

The same vocal sample from The S.O.S. Band in '86 which was then chopped up by Roberto Surace two years back for 2019's biggest house tune via Defected gets new life courtesy of Spanish producer, Pablo Fierro. The tune is titled, "Before" and it's a hypnotic groover that gives this infectious vocal sample new life in 2021.

After his participation in the label's 100th release, house music maestro, Sandy Rivera is back on Let There Be House with this gem of a remix.

Street Tracks' co-founder 9th House is back on the label with this piano-house that'll have you grinning from ear to ear.

Classic house music enthusiast, Cinthie is responsible for this flawless remix of "Womb" by Dominii and Hotflush boss, Scuba!

After his introductory appearance on the very first release via All I Need, Andrea Oliva is back on his own label with this floor scorcher destined for world domination.

This Australian collaboration would sound just as good in 1991 as it does today in 2021!