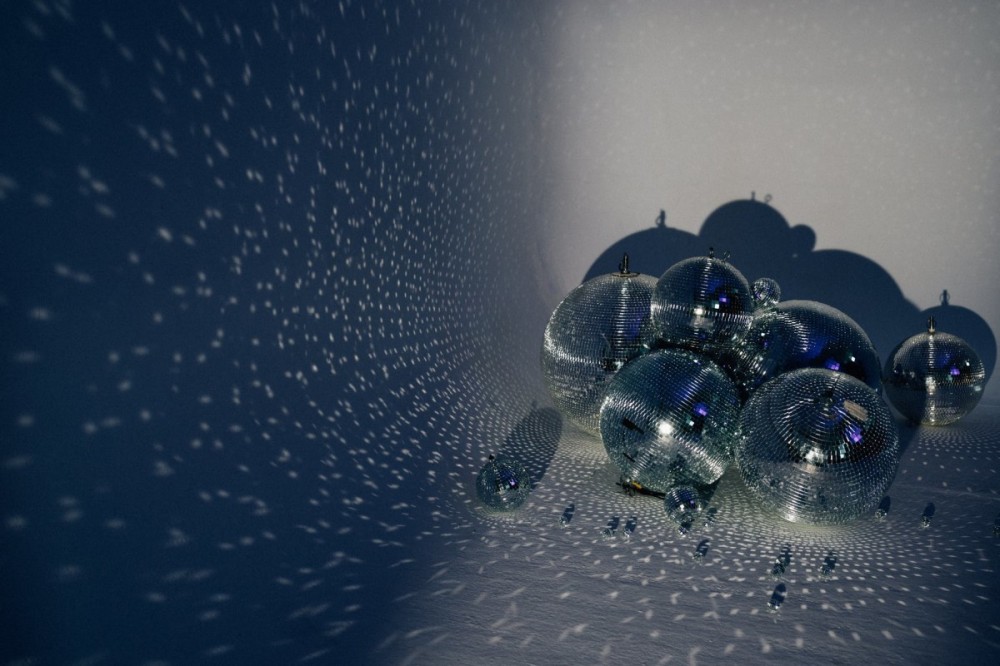 Parcels and Little Boots are back to groove us, Ready In LED, Kylie Minogue and Jessie Ware are bringing their fabulous look and sound to the chart, and all of the other artists making the November chart are all going to make your holidays merry and bright! Let's Go!!!

Happy Gutenberg's "Joli" is an exercise of pure joy! Every second of this track is a retro-sounding dream, harkening back to the sweet early days of disco, but made for our appreciative modern ears.

Parcels have made their best album yet with Day/Night, and "Famous" is a standout track that leans into the disco sound that made them famous! The dreamy overlapping vocals mixed with the swirling strings, funky bass, and silky synth sounds will make you feel like you are the one who is famous when you are dancing like everyone is watching!

What a year 2021 has been for Little Boots! Victoria Hesketh slogged through 2020 just like everyone else, but the game-changer for her was she wrote and completed her upcoming album. "Landline" is a disco-tinged nod to those teenage relationships where you tie up the phone all night with your boyfriend or your friends, but it's also a commentary on the isolation of the pandemic itself.

In what could be considered some of the best marketing of an album in 2021, we have Kylie Minogue's Disco: Guest List Edition, which includes the brilliant "Kiss Of Life" with the equally brilliant Jessie Ware. These two divas bring all of the fire to this saucy disco track and you won't regret buying this incarnation of the Disco album either!

Ready In LED is the complete package. By her own admittance, she isn't a prolific artist, but that is because she creates a complete concept with each of her tracks. With "Nostaligenta", she has created a space-themed vision of a planet that you might dream of even though you've never been there. The Soft Crimes (LA Sunset 84 Mix) gives the track an early 80's nu-disco vibe that is sure to get you moving.

Donna Summer's scrapped album I'm A Rainbow knocked around for years as a bootleg and finally saw an official release in 1996. This November some of our favorite disco DJ/producers got to have a go at remixing these classic tunes on I'm a Rainbow - Recovered & Recoloured. Ladies On Mars took on "Brooklyn," and the Child of Rhythm Extended Mix showcases the sexy groove that was always in the song, but polished up for today's disco aesthetic.

Sebastian Stuetz aka Final DJ's has added his masterful nu-disco touch to Michael McDonald's "I Keep Forgettin'" and has made the track sound right at home in 2021! Stuetz makes sure to maintain the integrity of the original vocal while pumping up the energy of the music, making it dancefloor ready!

Abbacaxi (a misspelling of the Portuguese word for pineapple) is an Irish multi-instrumentalist who is making his first appearance on this chart. "The Pageant" is a tour de force of disco sexiness, combining funky bass lines and soulful vocals, plus enough rhythm and claps to make your body move.

9. Dave Mathmos - Disco Is My Religion

It's been a minute since we've heard from Dave Mathmos, but he has made it worth our wait with two back-to-back EP's. "Disco Is My Religion" is from the first EP Get Back On The Dancefloor. This track is laden with plenty of tropical vibes, lovely jazz flute, sultry vocals, and handclaps. Disco is our religion, so make sure to queue this up during your next holiday party!

Spa In Disco head Fran Deeper has given us a shot we all could use with "Balearic Vaccine." Dim Zach's remix takes the already excellent track and smooths a few of the edges to transport you to a place of luxury and relaxation, a disco vacation if you will!

The title "Jazzy Piano" barely covers the depth of instruments that make this track work! Pavel Svetlove has wrapped the piano with organs, rhythm guitars, deeply funky bass, claps, and other percussive sounds to make most songs blush! Check this jam out on Spa In Disco now!

Stewart Birch's "Comin' 2 Ya" was already a super funky jam and then Uptown Funk remix happened and increased the bass thumps, making an even heavier hitter. This is Birch's Hot Gorilla debut, and I think this track bodes well for what is to come!

Daniel Lindeberg and Ingemar Perä of Drop Out Orchestra want to add the live element back into the production of their brand of disco, and you can hear that all throughout "I Got You." This track is excellent and a party starter for sure! Check it out on The Disco Express Records.

Celebrating the 10 year anniversary of Scratch Massive's "Paris", some of today's best remixers were invited to add their flavor to the song. Turbotito's remix is chill personified with its perfect nu-disco feel. Feel free to just drift off and enjoy this one!

Check out my SoundCloud playlist below:

For more Disco and Funk, check out my Spotify playlist: