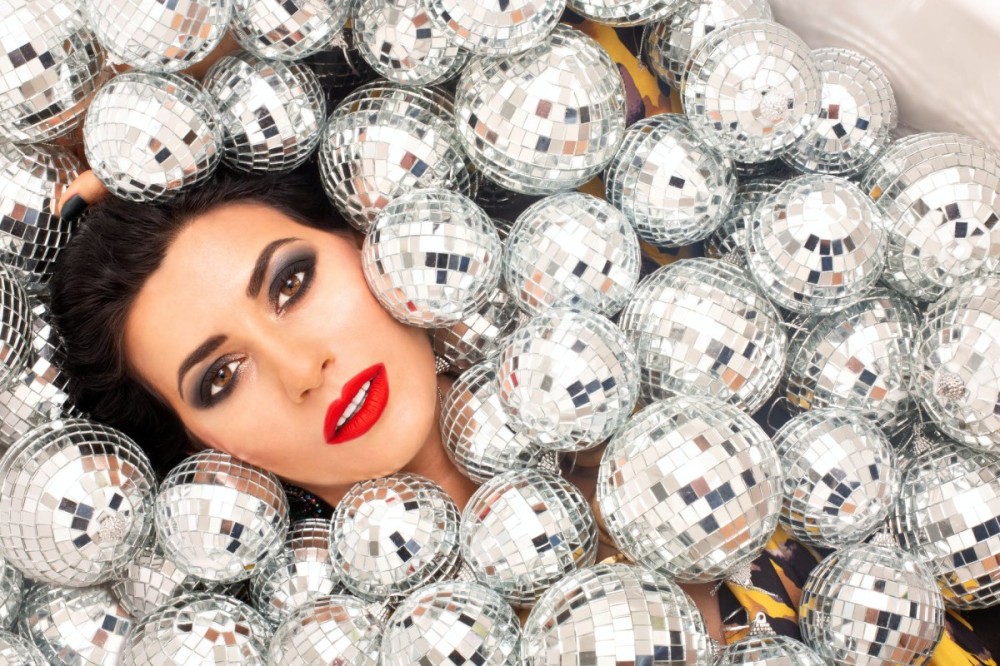 February gave us plenty of reasons to shake our booties, from Hotmood and C. Da Afro, to LUXXURY and Bootsy Collins. Let's dance it out for those who can't right now, shall we?

Thank God for Bootsy Collins! He's a funk pioneer who continues to push the boundaries of the genre. This time around we are introduced to the spitfire rapper Fantaazma and also get an appearance from jazz great Victor Wooten. Everything about this track works and should not be left off of your next party playlist!

Who wants another tribute to Studio 54? We do! Hotmood is always good for a floor filler, and "Studio 54" is a great example of the respect for the classics that Hotmood has. This track still has a very modern disco sound to it, so get ready to sweat when this comes on!

Fouk's "Late Night Snack" is a tasty treat to be sure. Even though this is a February release, you will definitely want to be playing this one well into the summer! Sleek synths and congas drive this song with a little breathy vocal added in here and there for good measure. Delicious!

4. Even Funkier - Long And Slender

Even Funkier is making February an even funkier month with "Long and Slender" off his Slender Trippin EP. This song is kitschy in every sense of the word! The lyrics are all about peeling a banana in an entirely cheeky way. This song is cute, a little dirty, and really fun to dance to. Look for it on Hot Gorilla Records now!

The dream team of Yam Who? and Jaegerossa are back with "Tried, Tested," and the partnership has produced yet another disco classic! Midnight Riot! would certainly not be the same without these two in the house. Suki's vocals add that classic soulful vibe reminiscent of Sister Sledge. Turn it up y'all!

C. Da Afro is killing with his multiple releases in 2022, but "Dub-O-Logy" was a real stand out for me. The base of the track is all disco but has a great electronic element to it as well. Check it out at Tropical Disco Records now.

Let's welcome Musta and the lovely Venessa Jackson back to the chart! "Loving Me" is a slow disco jam that will create the right mood for the evening. "You are the rhythm in my drum, you are my number one" is the lyric and we could all use some good lovin' right about now, no matter what that means to you. This track is the slow jam you are looking for!

Moonroy's disco queen might be Mexican, but this groove will make you feel like a queen too! "Mexican Disco Queen" has the breezy feel of summer all wrapped in a wonky synth blanket and the autobiographical tale of the disco queen in question. Disco is for you, disco is life, and all you need is disco. Need Moonroy say more!?

Slug Father & tourdefrance are new to the chart, and they are coming in strong with "Tell Me," a luxurious disco affair that will make you want to dance the night away under the night sky. There is a lovely r&b/jazz feel to the vocals and the bass is straight up funky! Check out the Feeling Right EP on Casablanca Sunset now!

LUXXURY has been in the disco game so long that it seems like you might have heard it all, but then he drops "Somebody Tonight", an idea that has been percolating since 2019, and perfected in 2022. Blake Robin has deep musical knowledge (just check out his Tik Toks on interpolation!), so I always appreciate that he still sounds fresh with each release, and you know it couldn't be anyone else's song. Lovely!

Making their first appearance on Midnight Riot!, Double Dee have joined forces with The Dukes on "Always Better," a nice slice of disco gold. The Da Lukas remix adds just a touch of Italo disco to the original, making a good thing even better! This track is a perfect part of the soundtrack for your next cocktail hour.

Spa in Disco is happy to present the latest EP by PECOE called That's Right. "A Fantasy" is the standout track for me on this one, with it's layered horns over a simple backbeat. Lovely rhythm guitars, organ, and female vocals round out the mix to create a sexy jam. Check out the rest of the EP as well. You won't regret it!

Tonbe is really a master of many genres. Sometimes it's house, sometimes synthwave, or even deep house. This time he is focusing his talents on the very nu-disco "I Feel Energy," a light and airy jam that can very easily get stuck in your head for all the right reasons. Grab this free download on SoundCloud now!

Carlo's "Sensitive Response" has a sneaky quality about it. The groove builds up slowly, enveloping you in it's funk. Before you know it, the tracks lightens up with cool synths and repetitive vocals, finally blending all of the elements together into one seductive jam.

Elder Island is an indie band out of Bristol that make music that is so minimal that it's perfect to remix. Moods has done just that with "Late at Night", in such a convincingly sexy way that you can't believe the track sounded any other way. This take on the original is perfect way to end any evening, preferably with someone to share the experience.

Check out the SoundCloud playlist below:

Need more disco and funk? Head to Spotify to hear my playlist!