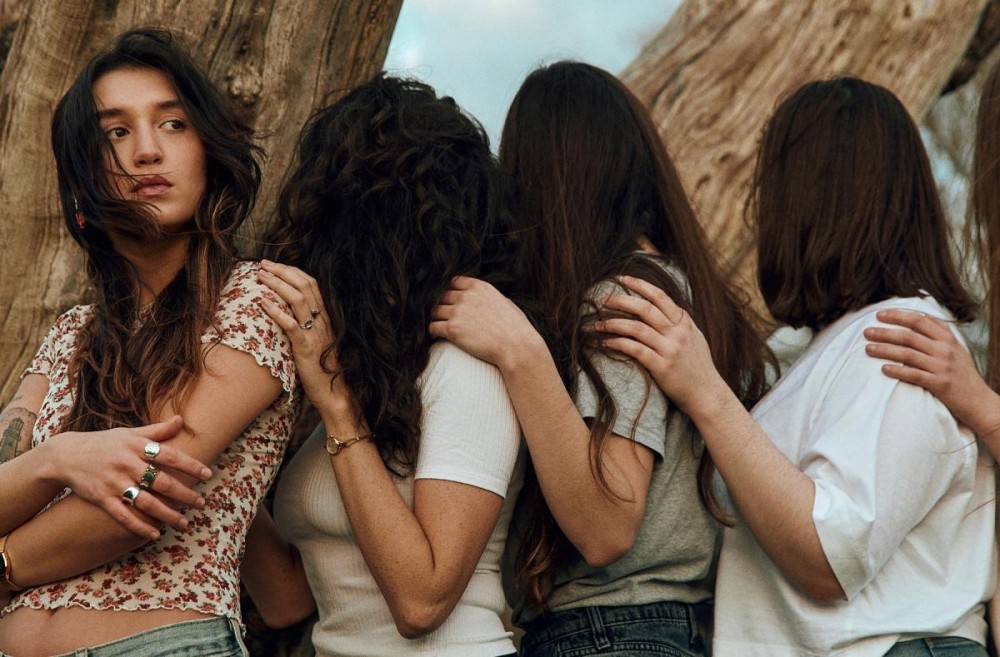 Caitlyn Scarlett recently shared her new single, ‘Forgive Yourself’, via Point Blank Recordings. Now, the artist has shared the accompanying visuals to the song, in collaboration with Her Ensemble, the UK’s first Orchestra for musicians of marginalised genders.

‘Forgive Yourself’ was written by the PB student Caitlyn Scarlett and the Mercury Prize-winning producer Jonathan Quarmby. The song was recorded at Miloco Studios in London with the full 14 piece Her Ensemble orchestra. Stream the song here on the platform of your choice.

The intimate video, which was filmed by Point Blank’s in-house content team Stanley Li and Tony Harewood, pulls back the curtain on how ‘Forgive Yourself’ came together, showing Scarlett and Her Ensemble working in unison.

Caitlyn is one of London’s most respected and highly-decorated, independent singer-songwriters. Drawing influence from the likes of Kate Bush and Stevie Nicks, the songstress harbour’s a gorgeous, alternative-indie sonic that you could file next to the likes of Caroline Polachek and Joni Mitchell. Her writing skills have landed an array of impressive achievements, including her 70 million streams on Spotify, a publishing deal with BMG, a place at Roc Nation’s writing camp, a sync on popular reality show Love Island, a theme song on the BBC Drama Clique and a feature on Rudimental’s 2019 EP Distinction.

Her Ensemble is a string orchestra aiming to make a positive impact on the gender gap in the industry, whilst creating space for musicians of marginalised genders – the first of its kind in the UK. Deriving from the European Union Youth Orchestra, the group brings together some of the UK’s most in-demand musicians in the UK. Her Ensemble musicians are passionate about creating meaningful change within the music industry, highlighting the ways in which outdated expectations, traditions and a lack of awareness restrict visibility and creative development. For performances, Her Ensemble musicians enjoy a relaxed dress code, often playing around with colourful trouser suits, and replacing gendered concert dress. Addressing the dearth of women who have been overlooked in global concert programming, Her Ensemble seek to engage with new and emerging composers, giving a platform to both contemporary and historic voices.