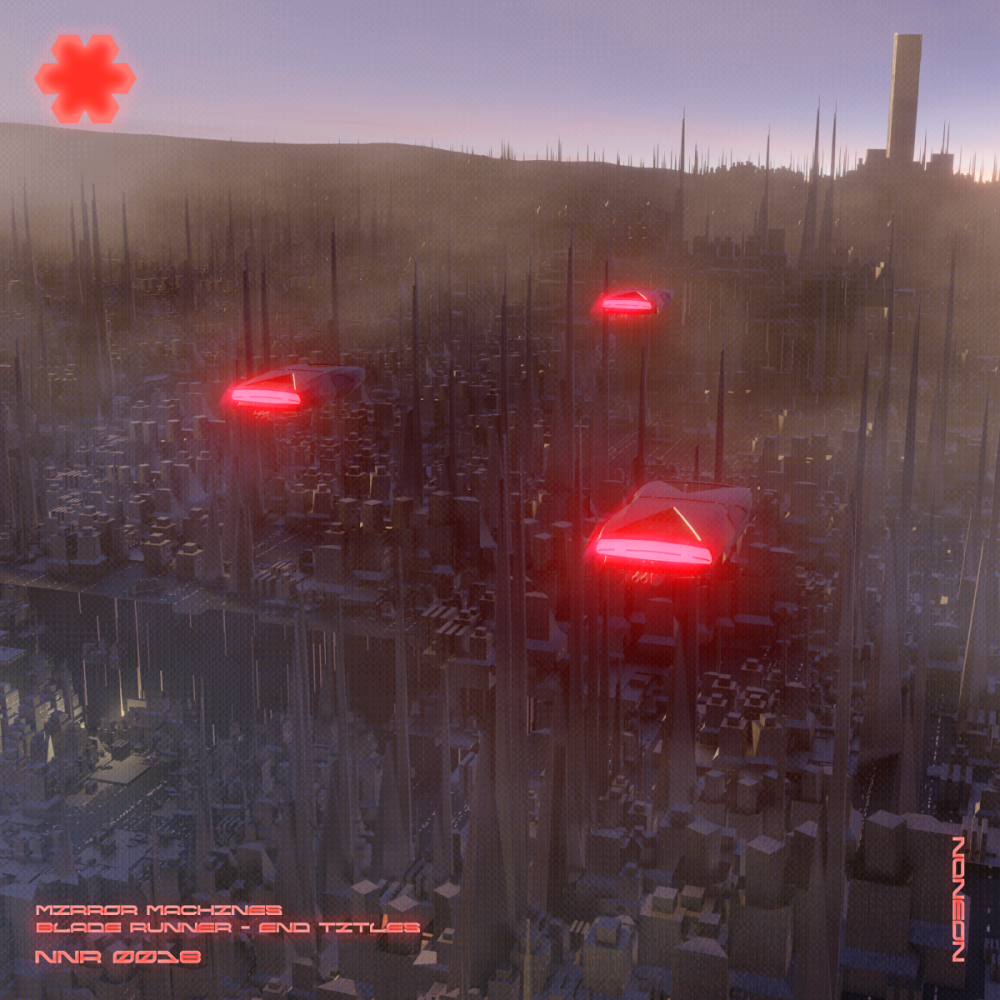 Rising to acclaim with debut releases on Lane 8’s This Never Happened (Pray For Rain EP) imprint as well as Above & Beyond’s Anjunadeep (Remind Me Why EP), Mirror Machine are ready to add another strong addition to their ever-growing catalogue catalog.

Mirror Machines latest release is the recreation of the iconic “End Titles” cinematic record from the soundtrack of the original “Blade Runner” movie.

Recorded in April of 2022, the passing of the maestro Vangelis on May 19 brings this recording to a place of reverence and tribute to one of the greatest film composers of all time.

“Blade Runner (End Titles),” which commemorates the 40th anniversary of the original release, is out now on No Neon.

Who Are Mirror Machines?

Mirror Machines are the producer/dj/live duo of Jeremy Dawson and Chad Petree. The two grew up together in the midwest of the United States throwing raves in their teens.

They produced melodic dance music under the name “Slyder” in the 2000s on labels Moonshine Music, Kinetic Records and Guidance Recordings. The partnership grew into a hybrid of electronic and indie rock in the mid to late 2000s by forming, writing and producing the band Shiny Toy Guns.

Jeremy and Chad went on to earn a Grammy nomination for “Best Electronic Album” at the 2007 Grammy awards, toured the world extensively, and procured a pair of gold singles. In 2013, Jeremy went on to form and produce the two-piece dark electronic group MXMS on Kobalt recordings with singer Ariel Levitan which has had numerous licenses, millions of streams and touring success.

During the pandemic, Chad and Jeremy revisited their childhood love of vintage analog synthesizers, sci-fi films, and their original passion for melodic dance music. As Mirror Machines, their new productions were discovered in Summer 2021 by artist and This Never Happened label head, Lane 8.

The result is the debut EP, Pray For Rain, a 3 song EP of variant styles of melodic techno and trance....

Soon thereafter the duo released a collaboration with Amy Wiles and Matt Fax, lending vocal duties to the break-out trance anthem “Remind Me Why,” released on Anjunabeats in Spring 2022. “Remind me Why” was top billing on Spotify Playlist “Trance Mission,” while raking in huge numbers across Friday Cratediggers, ASOT 1062, Witness the Fitness, Trance 2.0 Supernova and Group Therapy Radio