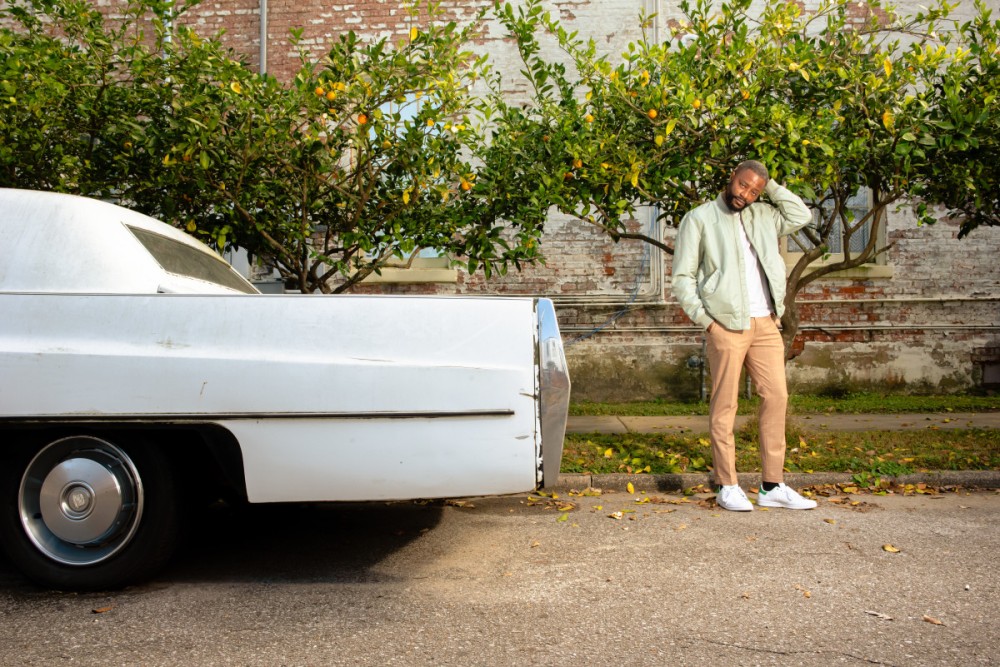 Created through daily improvisations during the last few years, Letters From Home is Malcolm from start to finish from recording to playing violin, cello, synths, piano, and guitar on this gorgeously soothing and wholesome record.

Embracing his vibrant roots in New Orleans, the album takes listeners on a spiritual journey opening with the delicate piano-driven and string arrangement ‘Fleeting Thoughts’.

The record perfectly encapsulates the ebbs and flows of childhood, growing up and returning to your hometown after a long time away. Malcolm has a knack for crafting these intricate compositions that effortlessly flow from one to another. Every note has a purpose.

Personal highlight comes from ‘St. Charles Avenue’. The composition is full of optimism and jolly, taking listeners back to a time where life was simpler as a child, messing about with childhood friends during summer breaks.

The album perfectly concludes with ‘The Morning After’, a dreamy soundscape composition that evokes the sense one fills when looking back at the past with happiness despite knowing things have changed and time must move on.

As well as working on his solo project, Malcolm is a member of both Turtle Island Quartet and Grammy-winning Carolina Chocolate Drops.

He moved to Atlanta aged 11 where he began studying cello through Atlanta Symphony Orchestra’s after being selected on their Talent Development Program.

Speaking on his new album, Malcolm described that:

“I created this project with the intention of reconnecting with my childlike spirit. The idea of spontaneous inventions where the process was more important than the end result. To fall love back in love with the act of creating.”