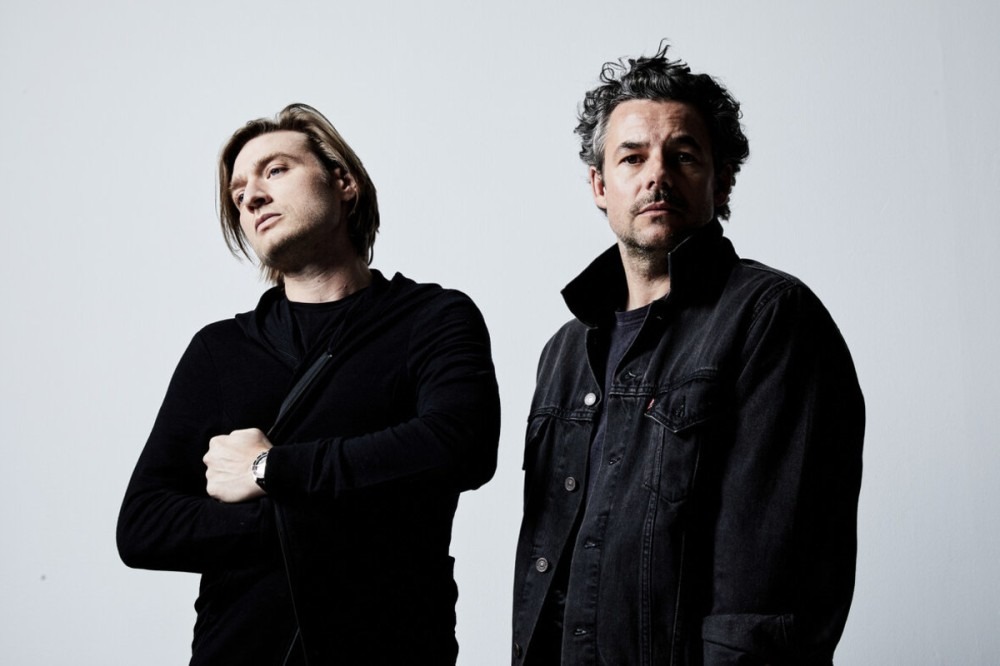 On the horizon is The Midnight's Heroes album, and the singles and updates continue to pour in about their tour, the album, and artistic productions.

So much goes into releasing an album that, too often, we forget to take time for the deeper meaning behind the songs and stories of the album itself. This goes just as much for the artists themselves as it does for their fans

We had a chance to sit down with Tyler of The Midnight and asked him the simple question...

'Share with us the story being the lyrics of this song.'

Tyler spoke at length about his New York experience, love, familiar places, and the other little moments in life that came together to write the lyrics that turned into 'Brooklyn. Friday. Love.'

If you haven't yet, take a few listens to the song itself.

Really take in the song and read the accompanying lyrics as you do. It will make the following story behind the lyrics that much more impactful (I promise)

Day-trader in a tie-dyed jumpsuit
And a gutter punk kid with a neck tattoo Hooking up at the unisex bathroom
It was Brooklyn
It was Friday
It was love
Across the bar sat the hip-hop purist
Arguing with the jazz obscurists
And in the corner were the terrified tourists Brooklyn. Friday. Love.
Angel choirs on the corner all night
Sing Johnny Cash and Jackson 5
Little heaven you can stumble into
We got your invite tonight

We had a chance to sit down with Tyler of The Midnight and gave him an open forum to discuss the story, meaning, and context behind the lyrics of the song 'Brooklyn. Friday. Love.'

A song whose surface paints the picture of an ordinary evening in the boroughs becomes heavy through narrative as the artist takes his chance to show how variable a single night can be to different people.

It puts things into perspective and makes you wonder about the hundreds of narratives in every passing person you see. But I will let Tyler take it away. This single anecdotal quote was pulled from our chat with Tyler.

Want To Know The Story Behind More Lyrics? Check Out What Emma Hewitt Had To Say

I wrote the initial version of Brooklyn. Friday. Love. in 2016 as a surf rock song while I was living in Ft. Greene. On days when I couldn’t stand staring at my computer screen anymore- usually around 4:00, I would get on a Citibike and ride up Flushing Avenue around the Navy Yard to Williamsburg.

My wife was working long hours at a corporate job in Midtown and usually wasn’t home before 8, so I would walk, well, I would walk and drink Happy Hour bourbon and cokes at Skinny Dennis, and I would look for books at Spoonbill & Sugartown, and vinyl at Rough Trade.

There was a refreshingly weird creative energy that permeated gentrifying Brooklyn that I’d never felt before. It struck me as a kind of weirdo heaven for a kid who grew up in the Bible Belt. When I die I want to go to Skinny Dennis and hear Zydeco or some Bushwick loft party Modular Synth set. Anyway, the place changed.

Apple and Whole Foods soon arrived in Williamsburg and Ft. Greene, the rents went up, the neighbors were no longer starving artist types. My wife and I also grew up- we had a baby and shortly thereafter we decided to end our five year relationship with Brooklyn.

The song became a Midnight song in 2021- two years after I left Brooklyn for Atlanta. I went back to visit New York for the first time during a lull in COVID waves to see my old neighborhood. 1/3 of the businesses were closed. There was more graffiti, and trash piled on the street like I’d never seen it before. I felt like I was seeing the ghost of an old friend. Reworking the song as an idyll to fit The Midnight felt like a way to honor the strangeness and vibrancy of a Brooklyn that seemed to disappear.

Thankfully most of the splendor has returned to the shabby neighborhoods I love, but I’m approaching my late 30s now, with a family and a mortgage and a more predictable life. The thought of drinking absinthe, or staying up past midnight to watch live music, or spending a day writing indie pop songs in an unheated Bushwick squat is unimaginable. This song is about an ideal that may still exist. It just can’t exist for me anymore.