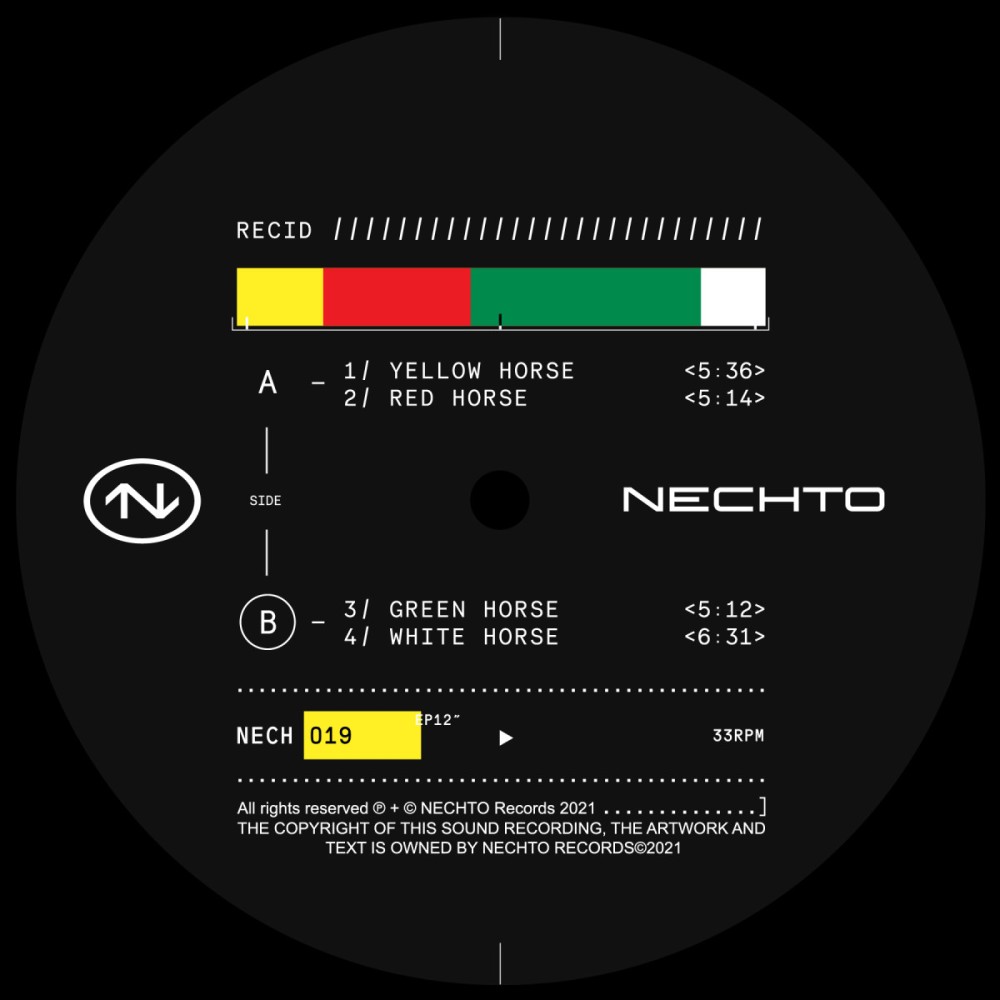 Today, Lights Out brings you an exclusive premiere from Ukrainian artist Recid. The record embodies the artist’s aim to seek new ways of approaching music production – through creating various chains of midi effects, Recid offers an auditory piece of work that consists of unimaginable and striking variations of drums, melodies, and noises. The EP is inspired by equestrianism and the Four Horsemen of the Apocalypse, delivering at times an intense mood and narrative. Red Horse is a hammering mix of breaks, techno, and industrial, which create a cybernetic and dystopian atmosphere.

Recid, whose real name is Andrey Dyachenko, has been one of the key figures in Ukraine’s electronic music scene. Having played in Kyiv’s most prolific underground venues and events, including Nastia’s thrilling “NECHTO” showcases, Recid is now the resident of the renowned ∄ club on Kyrylivska 41 and continues to grow both as a masterly DJ and distinctive music producer.