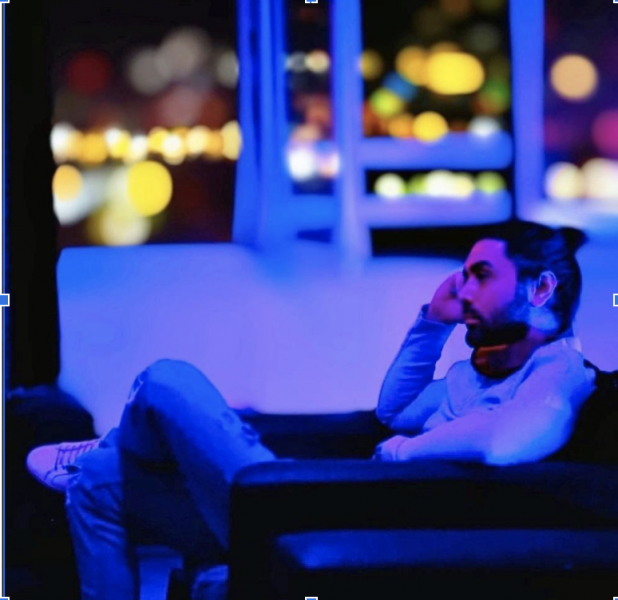 When people talk about music, Usually everyone remembers the singer of that music, But behind it are the composers who make that music pleasant to us. Today we will focus on the works of Kamibekami, Who is a young music producer and has attracted a large audience.

Kamibekami's works have a whole spiritual but emotional atmosphere that every human being sinks into a spiritual trance after hearing it. one of his songs, which has won several awards at the Music Festival in Iran and has received a lot of views in ganja2music [The biggest iranian music source], is the song “Master Of Universe”.

This is how Kamibekami describes his work and how that music was made: “I’m inspired by nature; I'm inspired by the pure emotions and amazing challenges most of us experience, no matter our backgrounds grief; resilience, love… I’m inspired by all the ineffable mysteries of the universe and the heart—you know, the light and the dark!”

Kamibekami's songs often have a dark style, which is very enjoyable for those who are interested in electronic dance music genre, When you listen to Kamibekami music, you will remember the music of famous international DJs: “DJ Tiësto” and “Armin Van Buuren”.

Dark atmosphere are a common thread throughout the Kamibekami's playlist;  the first single is “Red Cube”; This music is in the style of Slap House; Which uses the Iranian Setar instrument. “Unlimited” is another song with unbelievable and many VST (Made by FL studio) in Electronic genre on this Playlist; The beautiful thing about this song is that it describes a full dark universe with sensitivity and without any sing or lyrics.

In a private interview with a magazine; This is how he expresses his sense of life and his music:

“Sometimes less is more and sometimes more is less. Know where you’re going in life, you may already be there! Know at the very least where you WANT to go… it may not be that far away.  Stress less and ENJOY more. Exactly what I try to do in my music is to convey a sense of calm to the listeners; Think less about the future and spend more time in the NOW. There’s nothing wrong with striving to be your best self… but don’t get attached to THINGS, MONEY or ACHIEVEMENTS to determine your value in life. Happiness, great relationships, peace and health are better measures… For me Making hit music is the biggest goal! Try to find your true goal in life.”

Kamibekami released his first music in 2006 called “Rain Drops”, which was very popular at music festivals; He became interested in music at the age of 11 and began learning his genre “EDM”. In Kamibekami’s songs rhythm play with your brain. The rhythms he chooses often have a spiritual atmosphere.

He (Kambiz Noorollahi) was born on September 7, 1988 (Tehran, Iran) better known by his stage name Kamibekami for many years. In 2019, Kami was nominated for the best music by the people vote, So He has make a record label in 2019 under the name “NRL RECORDS”, Kamibekami believes it will be a starting point for electronic producers who want to bring their work to a wide range of “EDM” lovers.

Kamibekami is a young producer, We will hear a lot of news and music from him in the near future.