is viewed as a god by many, and yesterday he affirmed his deity parallels by penning 10 DJ commandments.

Sharing his thoughts online, Mills said: “From my professional opinion, Electronic Music, in comparison to other genres, it isn’t an array of boring or mundane musical works as some people suggest. The notion that it’s a genre that has “ran its course” due to the over dependence on technology is unproven too.

“Now, there are artists in Electronic Music that are learning this industry, the art form, how to be a musician and artist as they go forward. This isn’t unusual and the idea of knowing everything from the start is unrealistic. Only the artists can design their careers, not the public.

“To any artist that feels that most criticism towards their work is harsh and unwarranted, I say to them this. “The only way to shut them down is to get better at what you do”. If you call yourself a musician, make a lot of music. If a DJ, master the art of programming music. If you don’t know how, watch and study.”

Mills followed up this discussion by writing out 10 points he thinks all artists in electronic music should take note of.

Among his points, the Detroit icon encouraged free thinking, saying “Sometimes the public can be wrong.” He also dismissed the idea of DJing as purely a technical skill, writing: “Mixing music together doesn’t make anyone that does it a DJ.” 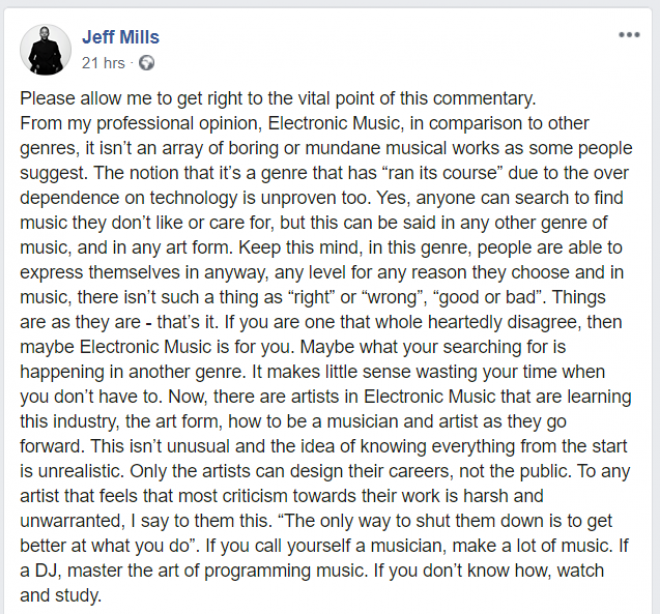 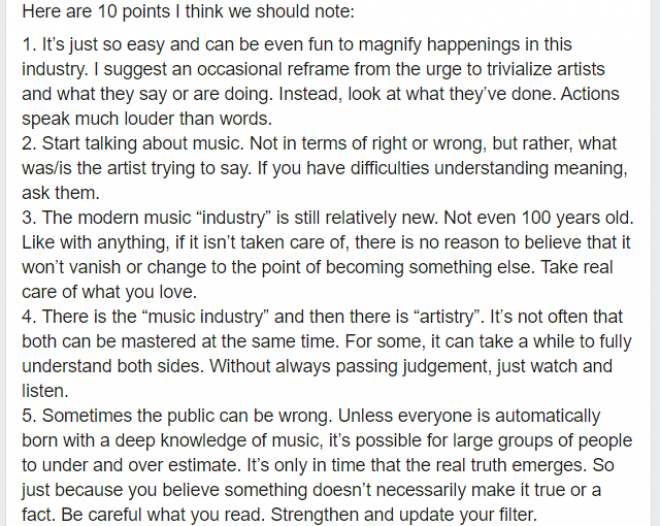 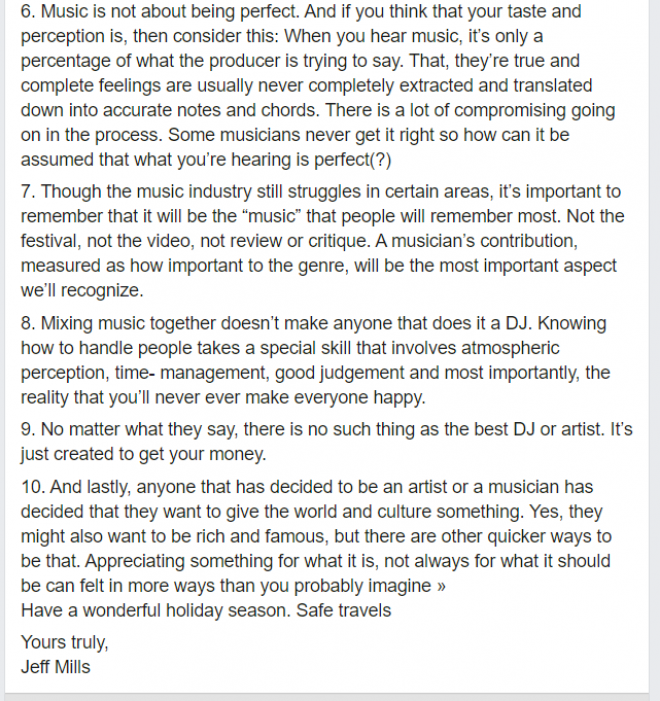