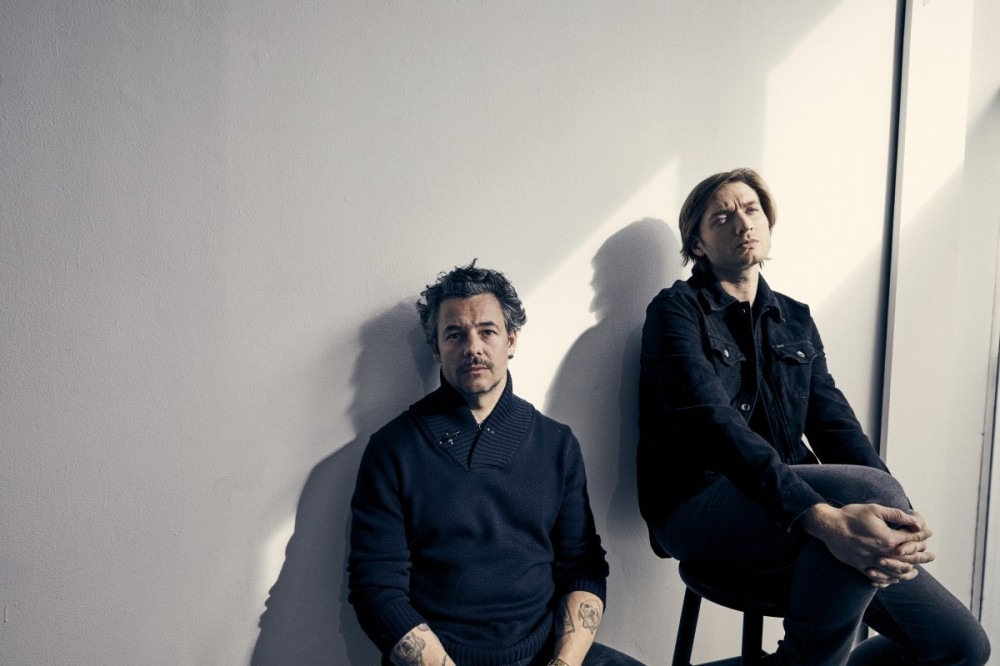 Now the dust has settled from the latest season of Netflix's show Stranger Things, deeper processing of the show can begin. Without the massive deluge of gossip about Nancy and Barb, lore about the Upside Down, and conjecture about the Duffer Brothers bombarding us, we can let the show's meaning sink in.

And as Stranger Things brings synthwave more into the mainstream, there is no better duo to shed a bit more insights into the show than the LA-based duo The Midnight. Their sound is built on the nostalgia of the Stranger Things era, and to celebrate their fresh new single recently released, we sat down to interview them about the show, their thoughts on its music, and what it means to them.

The interview went longer than expected, so we cherry-picked the most insightful moments and quotes from the interview so you can get right into the highest value perspectives the duo brought to the table. Before diving in, listen to 'Heart Worth Breaking,' which is the duo's latest single!

Hardware Synths Are The Future

'Nostalgia is always a draw. I think stranger things did it so blatantly from the beginning. The Mandalorian did nostalgia a little different, but stranger things were out to capture that youthful optimism of the 80s, and it's such a palpable feeling." - The Midnight

The sounds and timbres of hardware gear are familiar to many of us. We didn't grow up hearing Serum or Sylenth in all of the most timeless music. It was hardware gear like Junos, Prophets, Moogs, and Oberheims.

Stranger Things taps into those sounds fully, and they aren't subtle about it. They relied on a sound palette of timeless music, composed using timeless sounds to double down on the feelings of nostalgia.

In my opinion, as powerful as softsynths can be, they will always have the mark of modernity on them; of an age where the shelf-life of music begs that it's forgotten about in a week.

But, relying on the sounds of hardware, you can similarly tap into that warm and wholesome feeling of a time when the quality of the music meant something. That's the direction Stranger Things went, The Midnight is going, and where you can do so in your productions.

Nostalgia Is A Sandbox

"People are creating their worlds these days that are immersive. Our music is the building blocks, and without even knowing it, we have given people a sandbox for people to recreate things from their past and individual things that our listeners and fans want to reconnect to their past... and I think stranger things are doing something very similar. It's another world to get lost in" - The Midnight

I had never thought about nostalgia in this way, but it is true. While we all feel and experience nostalgia, we don't all experience it the same way. Our perceptions of times that have passed are the most subjective things about our shared history.

So what does this mean for you?

I would argue that chasing nostalgia in your life or creative arts can be very liberating. Because, more than any other sentiment that your art conveys, you have the latest amount of control over how your fans interpret it and the highest probability that it will be received well.

All you can do is offer them a world in which to explore; from there, it's entirely on them. Isn't that fun?!

It's Okay To Change Your Tune

'Tyler, our resident gearhead, convinced me we should get more hardware. We were doing rehearsals for some live stream stuff, and we went to a store in LA and bought two hardware synths. We got an OB-6 and a Prophet 6, which completely changed my tune. I'm still working on adjusting my workflow since it requires you to commit differently." - The Midnight

Art is fluid; having one approach to your creative endeavors doesn't mean it's set in stone. Being adamant about where you're at can be a fantastic thing as long as you can change your approach when the timing is right.

Doing so allows you to master particular workflows and techniques while staying disciplined with your vision. Then, when it's time to change how you do things, like how The Midnight finally buckled and bought some classic analog gear, you can make the adjustments with confidence.

Along the way, you will learn new skills, techniques, and things about yourself that you can tap into later in life.

David Bowie Would Be Their Stranger Things Motif

"Stranger things used heroes by David Bowie at the end of season three, and I would go the David Bowie song called 'This Is Not America.' In my ears, that's the start of synthwave and dreamwave's rise in popularity.' - The Midnight

Alright, this last one is just a bit more of a fun one. While watching Stranger Things, you may realize that each character has a motif song that plays when the character is in the spotlight doing something extra special or essential to the plot.

So we asked the boys what their signature motif would be if they were put into Stranger Things. Turns out it would be Bowie's song 'This Is Not America.'