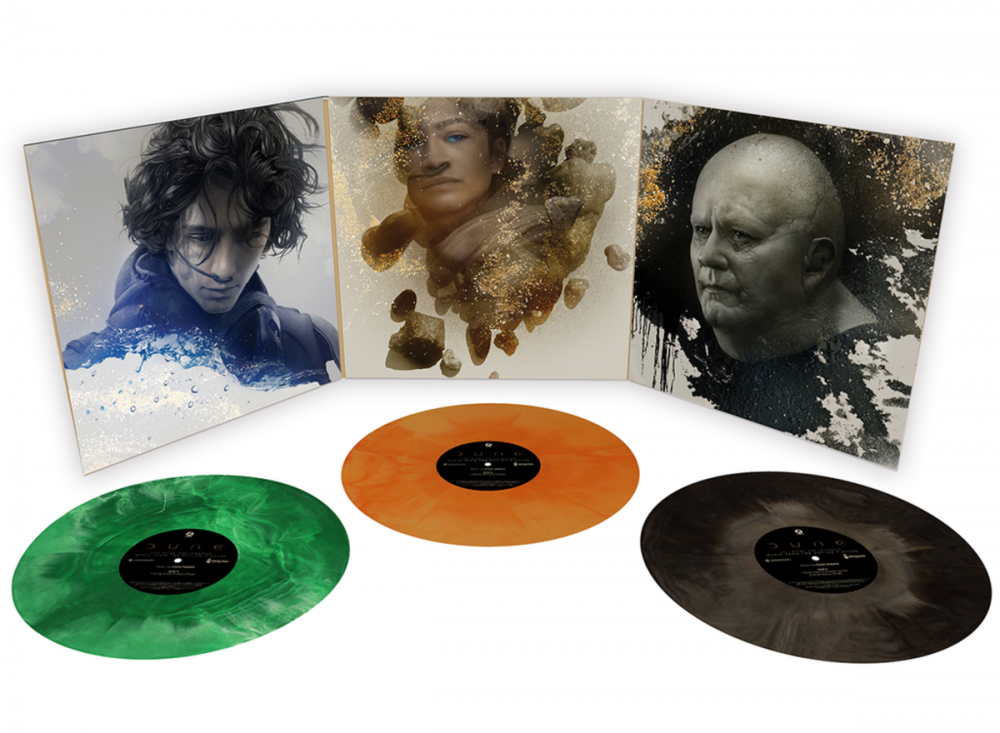 Denis Villeneuve’s film adaptation of Frank Herbert’s groundbreaking 1965 sci-fi novel DUNE has been rolling out slowly across the world over the past few weeks, with its debut coming in the US next week. Generally better received than David Lynch’s 1984 adaptation, the new DUNE film comes with a Hans Zimmer soundtrack. The soundtrack was released a few weeks ago, but now there is a beautiful triple-vinyl version, which will arrive tomorrow via Mondo.

This version, titled THE DUNE SKETCHBOOK (also released digitally), includes the preferred and lengthier versions of songs in the soundtrack. The vinyl arrives with artwork from Greg Ruth, approved by both the composer and director. The 3xLP is split up to represent three of the main planets in the book / film, Arrakis, Caladan and Geidi Prime.