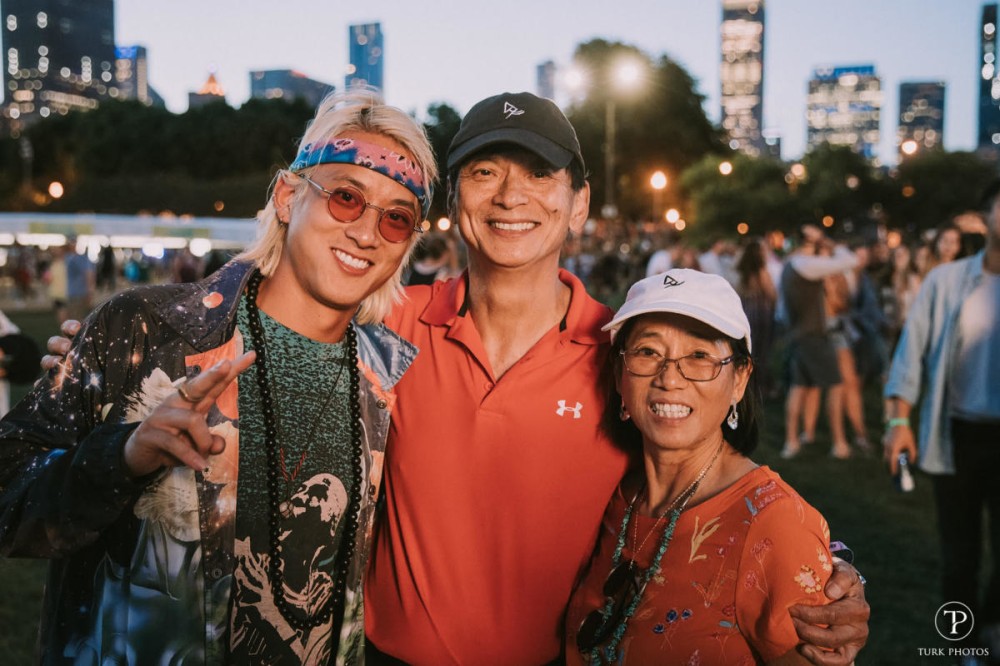 Tim Wu, better know by his artist project Elephante, is an Asian-born producer and performing artist who's parents immigrated from Taipei, Taiwan. Elephante's illustrious career was the same as many others, filled with hardships and setbacks.

But what separates Elephante from many other of his contemporaries is an upbringing and cultural background filled with nuances, history, and connotations that he could not have arrived at this moment without.

When taken as a snapshot, his latest single, 'Love Again,' may seem like the apex of his career; but taking a look at the wider journey that has brought him to this moment shows that this is only the beginning for him as an artist and the community in which he calls his own.

Nobody knows of this type of lived experience better than the ones who walked it, which makes it an honor to have given Tim a platform in which to communicate his story and vision of the future to a wider audience.

Below is Tim's story, in his own words, that offers a poignant views of the hardships that well underneath the surface that ignited the fire in him that drove him to become the icon that he is today; both in music and the greater community at large.

“Don’t draw attention to yourself...”

These were the mantras instilled in me from a young age, as a second generation AAPI (Asian Americans and Pacific Islanders) with parents from Taiwan.

If that sounds like the opposite of what an artist’s ethos is - well, you’re right, it is. And yet, somehow, I find myself now as a professional musician and performer. I have bleached hair, a cartilage piercing, and seven or so tattoos.

How did this happen? How did my parents’ lessons go so terribly wrong?

It’s important to remember that the AAPI experience is as diverse and varied as any other culture. My experience as a second-generation Chinese American growing up in Michigan is wildly different from an immigrant Vietnamese girl who just moved to Texas or a fourth-generation Korean guy in SoCal.

And yet, often the “AAPI experience” is flattened into a monolith...

The Assumptions Of AAPI In The Music Community

Many of the generalizations about us are as reductive as saying, “All ravers like dubstep.” So, I don’t pretend to speak for anyone besides myself. But I do think there are some threads that bind us, based on observations I’ve made about my experience in the music industry and revelations I’ve had about my identity as both a member of the AAPI community and as an artist.

One of my favorite Family Guy gags is the one where an Asian dad yells at his son, “You doctor yet!?” The son replies, “No Dad, I’m 12.” And the dad responds, “TALK TO ME WHEN YOU DOCTOR.”

It doesn’t offend me. In fact, it makes me laugh my ass off because it brushes up against an uncomfortable truth.

My dad wanted me to be a doctor (although never as abrasively as the gag). So as a kid, despite knowing deep down that I loved music, dreamed about music, and spent all my free time making music, and begging my friends to come to my open mics, I thought, “Well maybe I’m supposed to be a doctor.”

It was so obvious in retrospect that it was not my path. And I don’t blame my parents one bit for their beliefs - as I’ve gotten older, I’ve come to appreciate the incredible sacrifices they made to move to this country in search of a better life for our family.

Just a few years after my parents moved to Michigan and a few miles away, Vincent Chin was beaten to death by two white men blaming him for the success of Japanese car companies. Vincent was Chinese and worked in the auto industry - just like my dad. No wonder he wanted me to lay low and have a stable career.

Cultural Pressures On Musicians In The AAPI Community

This cultural pressure to fit in was more than just from my parents...

There were no role models in the music industry that looked like me for me to look up to. In all of entertainment, I basically had Jackie Chan and Harold from Harold & Kumar – the message to me was that if you’re Asian, either you know kung fu or you’re a nerd.

It took 20 some years for me to overcome all this social conditioning to say, “Fuck it, I have to give this artist thing a shot.” And I’ve been incredibly lucky to have made it to where I am.

Even still, I fight impostor syndrome every day, trying to tune out those ghost voices in my head that tell me I don’t belong.

With that said, I’ve never experienced anything overtly anti-AAPI in all my time in the music industry.

No one’s ever told me straight up “You’re not welcome" or "You can’t play." I think the prejudices are more subtle - the look of surprise on a fan’s face when they see me in person and didn’t know I was Asian; a promoter passing on me for a show I never hear about because they don’t think I can work a crowd; a guy seeing my bleached hair and asking if I’m white.

Even now, the lineups for many festivals don’t reflect the demographics of the crowds that attend them.

The Future Of AAPI In The Music Industry

Despite all this, I’m hopeful for the future.

We have Asian Marvel superheroes and slots at Coachella - suddenly we’re cool now. If you told me 15 years ago that we’d get here, I would have responded there’s no fucking way.

While the current clout is great, what I’m really excited for is for the next generation of Asian creatives to see that we do have a place at the table.

I think a lot about this next story...

For years, scientists thought it was biologically impossible for humans to run a mile in less than 4 minutes. But when someone finally broke that threshold, within a year, dozens more had done it, too.

Just seeing that something could be done inspired people to reach new heights that were never thought possible.

I imagine the 12-year-old version of me, seeing me, or Zhu, or Gryffin, or Steve Aoki, or Simu Liu, or Rich Brian. Now that the universe of possibilities is broken wide open, I think we’re going to see an insane boom in AAPI talent in all art forms.

So, this is what I would tell an aspiring AAPI creative, or any minority for that matter:

Believe in yourself and believe that your voice deserves to be heard. Don’t let anyone, don’t let your parents, don’t let your friends, don’t let society tell you to “stay in your place.” Making it in music is hard enough for anyone - don’t add yourself to the list of battles you have to fight. You’re going to take some L's.

But if there’s something you believe in enough to bash your head against the wall until it crumbles, know that you can make your own way. Just don’t wait for all those years to start like I did.