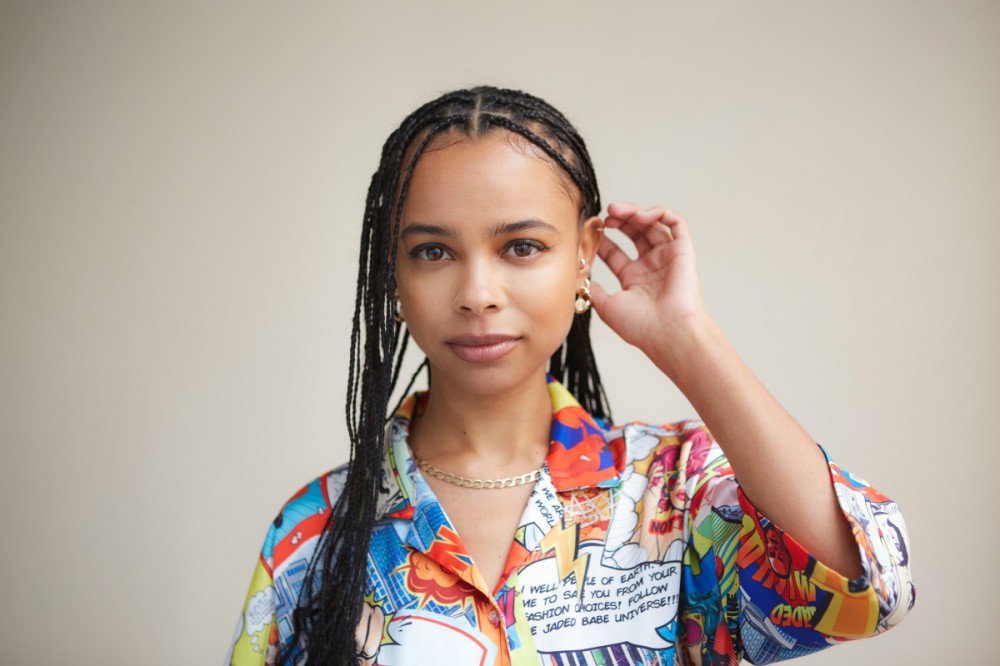 One of the UK’s most exciting rising stars, TSHA, has released her new EP OnlyL. Two of the songs, “OnlyL” with NIMMO and “Power” have already been released, so most of the EP should be familiar to regular listeners, but now we have the full compliment of tracks with “I Know” rounding out the three-track EP.

The EP kicks off with the two previously released tunes, starting with the title track and its summery feel as NIMMO helps add another level of euphoria. “Power” adds cheery dancefloor work that urges you to keep moving with a voice sounding like mix of Nintendo characters in Mario Party saying, “come on.” The final, and unheard to this point, piece of the puzzle “I Know” is a sublime piece of electronic music with gentle percussion and a floating melody that takes you down a few paces as piano works along pitched vocals and soft synths.

TSHA says that these songs each represent a different part of her.

“I’m over the moon to share this full EP that features 3 songs that all encapsulate different sides of me, personally and musically. It's been such an amazing feeling to have seen your reactions to 'Power' over the past couple of months as the UK has slowly began to open back up again. Hearing the track for the first time in the environment that I wrote it for, at a time when these moments seemed so far away, has been a seriously humbling experience for me," explains TSHA in a statement.

"I started writing 'I Know' a while ago and didn’t touch it again for a long time, but decided to pick it back up again in what was quite a reflective time for me in lockdown. I’d like for people to interpret the music in their own way, but for me this transports me to that point in the night where things slow down, and transition into the afterparty. Some of the experiences at that time have been very special to me. It’s been a real journey the whole thing, so finally being able to share it is a real pleasure.”

TSHA has been very consistent over the past three years, putting out an EP per year, plus various other singles and remixes. As we move into the twilight of 2021 and look ahead to a hopefully better 2022 (time keeps on moving without end), hopefully there is more in the pipeline for next year.

Get your copy of the EP now on Ninja Tune.