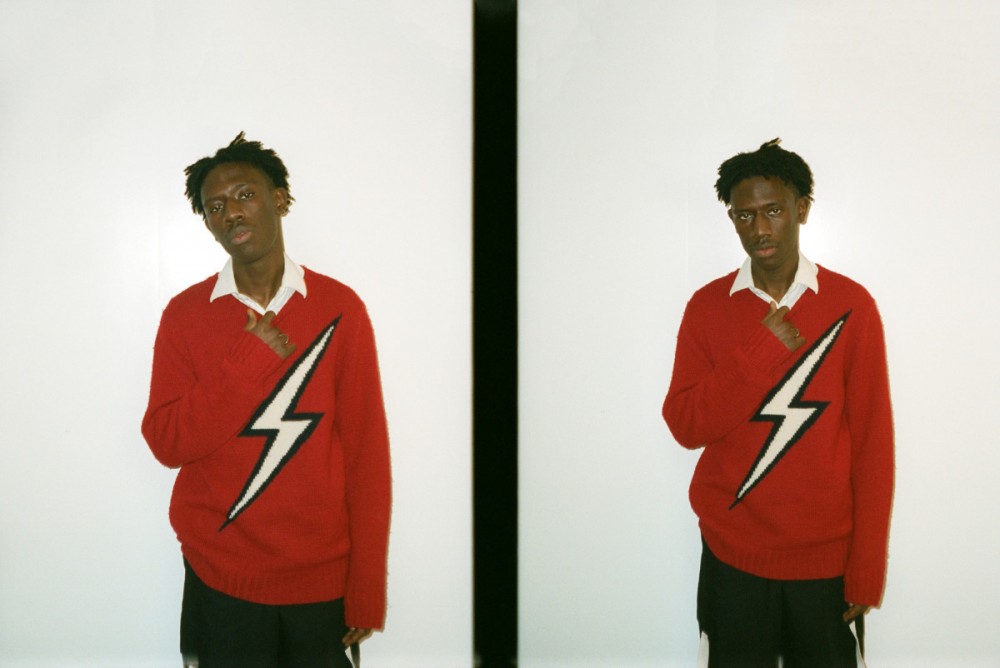 Born to Kenyan parents in Pennsylvania, Baraka Ongeri, who goes by the stage name binki, has all of the makings of a star. He was studying to be an actor at UNC Greensboro, but as he was in school, he slowly started to gravitate towards music. When he graduated in 2018, he released his debut single “Marco” and has since released tracks like “Wiggle,” “Sea Sick,” and “Heybb!,” capturing a crunchy, funky rock-n-roll sound that is both throwback, but very modern. Over the past two months, he has been rolling out a debut EP, MOTOR FUNCTION, which is out today.

Finding himself unable to write music during lockdown, Ongeri worked on other parts of craft. However, once the clouds of lockdown started to loosen, he started to ruminate on some “anti-love” songs. He finds himself basing his songs on the world he lives in with lyrics that “come out like vomit.”

“My first songs were based in reality, but it was really me fantasizing, for the most part, about what love could be,” binki says. “Now, I’m facing reality and it's just more nuanced. It feels more honest.”

These songs don’t move at the exact same speed as vomit, but they aren’t slow either. The drums keep you moving briskly like you were walking home on a very cold day, while the crunchy guitars accentuate his vocals about the troubles of love.

Like the pacing of the tracks themselves, this EP moves quickly with each song under three minutes. You will find yourself after about 10 minutes of dancing and slightly thrashing your way around your room wondering where the time went.

If you didn’t have fun with this project, I will simply quote binki from his track “Wiggle.”

“Why y’all standing around? When you could be moving your hips.”

binki is going to be a star. Get on the train before it leaves the station. Get your copy of MOTOR FUNCTION here.