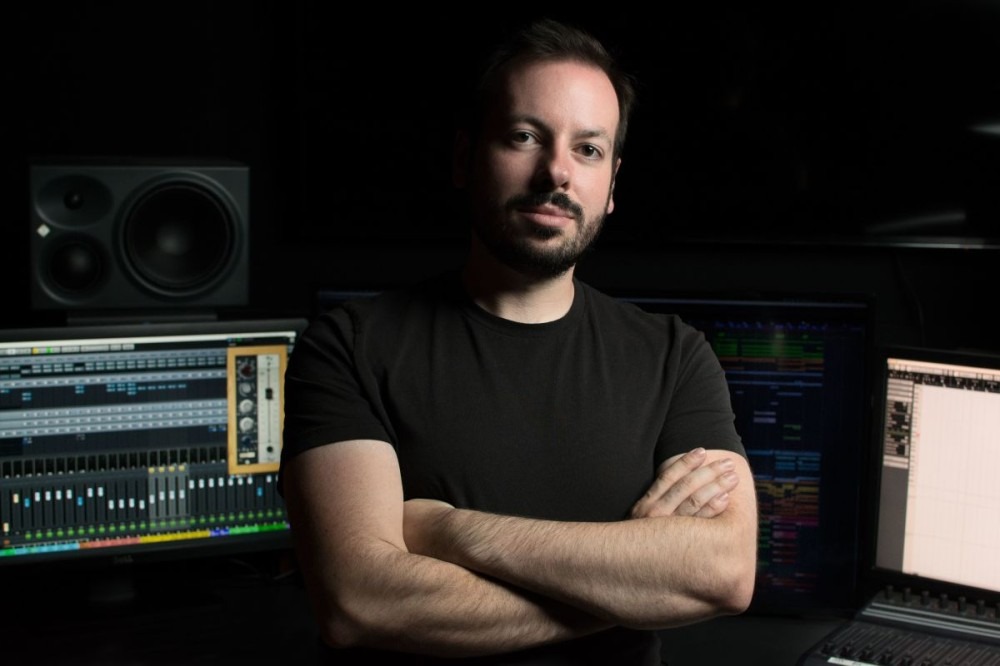 Phill Boucher is a talented composer of soundtracks for video games, movies, and television shows. His impressive resume boasts work on the soundtracks for games like HEROish, Civilization VI, and Fortnite, as well as soundtracks for movies like Pirates of the Caribbean and Rango, among many other classic titles.

It was a privilege to hear the insights of such an experienced artist on a craft he's passionate about.

When we spoke with Phill about what it's like to compose a soundtrack for a mobile game, it became immediately apparent that he had a blast! He revealed some of the unexpected and unique creative liberties the format of a mobile game like HEROish can provide when composing.

Let's see what Phill has to say on composing a soundtrack for a hit mobile game!

How is writing music for mobile games different from writing for other media?

Musically, it’s not necessarily different at all. There are some additional considerations, though. For instance, I’ll ensure the score mix translates to small phone speakers and headphones, which is less of a concern in a film.

Sometimes, there are constraints on how much total music the game can support to accommodate a target app size, or how complex the interactive systems can be. With modern tools, though, that’s becoming less of an issue.

At least in the case of HEROish, the levels are relatively short, so writing music that gets to the point with memorable themes was important. No extended, drawn-out, slow builds here.

What's the hardest part about writing for mobile games compared to your other work?

Every project, whether it be a big AAA game, a film, TV, or a mobile game, has its unique set of challenges. The composition process for a mobile game isn’t inherently different from anything else. I’m not interested in writing the same score twice, so I dive into every project as a blank slate.

Not to mention that these days, many games that start as mobile will eventually find life on other consoles and PCs, so that’s always something I keep in mind. Since many mobile games are designed around quick play sessions, I suppose there’s an added emphasis on trying to grab the player right away, no matter where they are in the game’s progression.

That’s not something I think about consciously, though.

What do you love most about composing music for a mobile game?

In the case of HEROish, one great thing was the ability to pick up my phone anywhere and play the latest build.

This meant I could always check out how my music was working or test the latest features and levels while on the go. I was always up to date with the game’s development. The game is so colorful and bursting with personality that it was easy to find things to latch on to musically. I didn’t have to be subtle.

Getting to use the full range of instrumentation from a traditional orchestra, Celtic and medieval instruments, and modern metal guitars is undoubtedly a rarity, and it was a blast to write!

How do you approach writing music for a mobile game?

Everything I work on starts with a conversation. I want to hear what the director or designer has in mind for their project. What’s the tone, the plot, and what do they want the player or audience to feel? You can learn a lot by hearing someone describe their project to you.

If I can check out the project before that conversation, I can show up with my first impressions of where I think it could go musically. But ultimately, it’s their vision, and I want to help them bring it to life, which often means suggesting ideas outside their comfort zone.

What are your go-to tools and resources for a mobile game project that you don't have access to on a standard project?

One of the nice things about having a game like HEROish on my phone is that I could loop the music on my computer while playing along.

Then I could see if it felt right - was the tempo too slow? Was the music distracting from or supporting the action?

I spent a lot of time playing the game while writing, constantly tweaking it to make the experience feel better. With many game projects, I’m working on videos of captured gameplay. It feels different when you can play along and experience it first-hand. It’s more visceral and immediate, and it’s much easier to put yourself in the player's mindset.

Are there any themes or style choices you have found yourself following when designing the soundtrack for a mobile game?

I’ve only worked on a few mobile games, so maybe it’s too soon for me to figure it all out. One thing that seems to be true though is that the music often has less reverb and is more up-front than it would be in, say, a film being shown in IMAX, where things can stand to be grander spacious.

The music, sound design, and dialogue are competing to come out of those small speakers, so clarity in the score is crucial. Simplicity helps, so I do my best to trim out all the unnecessary bits and write a bit leaner than I might in other formats.

Would you make the music for another mobile game if given the opportunity to?

The medium doesn’t matter to me. I’m interested in working with creative, inspiring people that have good stories to tell and want to do something unique. Whether that’s a mobile game like HEROish or a studio film, it makes little difference.

I feel very fortunate that it felt like Sunblink treated the game the same as it would an AAA title - they believed in creating a score bursting with live instruments, personality, and strong themes. I felt we were kindred spirits in that regard. I don’t think the medium should dictate a score it’s presented in, technical limitations aside.

What are some inspirations you drew upon for the themes found in the soundtrack to HEROish?

The design of the characters themselves was the launchpad for the themes. I combed through backstories and character art for all heroes to find the best instrumentation and themes for each character.

Lavinia’s dark and twisting fiddle plays like the pied piper calling armies of the undead to her side. Contrabassoon, the lowest instrument in the orchestra, was perfect for Bulvi’s hulking yet noble presence.

Nimble Celtic woodwinds for Spiderbait, boisterous orchestral brass for Flynn, and an unlikely pair of tenor recorder and viola for Ajax and Vega. Similarly, the Imperial, Feral, and Cursed all have different instrumentation and melodic solid themes.

My goal was that it should be easy to recognize where you are or which heroes are around by the music alone.

We had a great time picking Phill's brain on some of the ins and outs of composing a mobile game soundtrack; there's so much exciting work behind the scenes. If you would like to learn more about Phill and what he does, check out his website here!