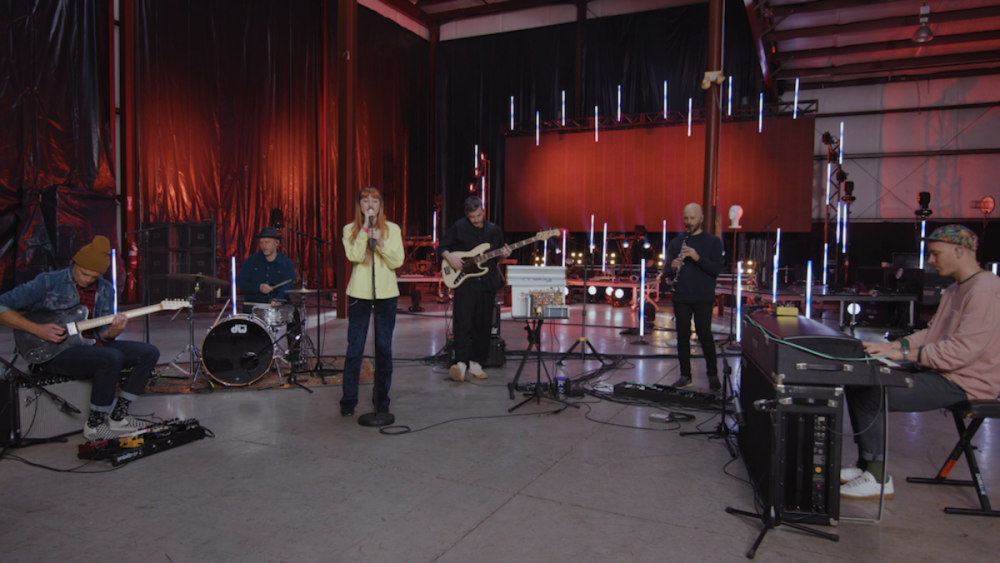 NPR’s Tiny Desk series has become one of the showpiece music gets for an artist these days. People’s careers have taken off or hit a new level from these. They allow artists to go for a more minimal approach to a performance and show how well some people can sing. These often are focused on singers, bands and rappers, but now a dance act is in the building (almost). Bonobo did a Tiny Desk (Home) Concert that was released today.

Bonobo didn’t head to the Washington D.C. NPR office to do his, but rather was in a different location. The performance was done from a warehouse in Nashville where his band was rehearsing for their tour, which is ongoing and I highly recommend.

The video opens with a very accurate miniature replication of Tiny Desk at NPR's Washington, D.C. headquarters built by Cheronda Scott of CSpykerMiniatures and Kat Williams of Real Life Miniatures.

Bonobo plays bass and synths and is joined by Nicole Miglis & Jordan Rakei on vocals, Mike Lesirge on horns, Jonny Tomlinson on keys, Ewan Wallace on guitar and Jack Baker on drums.

They performed four songs from Bonobo’s new album Fragments: “Tides,” “Shadows,” “From You” and “Break Apart.” The performance is similar to his live show, but is a little more subdued and stripped back.

Watch the performance and get tickets to his tour here.