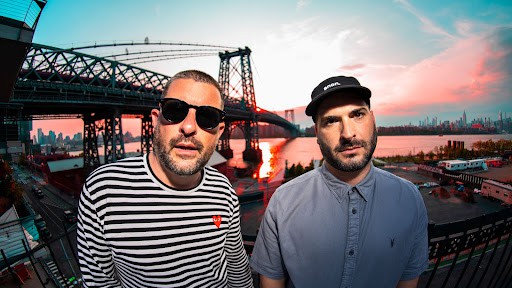 DJ/Producer duo Black Caviar  is back with their newest single, “Beat Goes On” a song in collaboration with singer and songwriter Lee Wilson. “Beat Goes On” is out now via Deep Root Records.

Known for party hit singles like, “Coco” and “El Camino”, Black Caviar serves us up another infection party song. “Beat Goes On” is an uplifting house tune filled with warm island vibes and latin inspired beats.  Lee Wilson's (known for his work with house icons Kenny Dope and Todd Terry) smooth vocals work in complete harmony with Black Caviar's production and adds an additional emotive element to the track. Go ahead and take a listen to “Beat Goes On”, the perfect tune for the summer months ahead!

As Black Caviar mentions, “We sent Lee Wilson over a few song ideas to check out and he hit us back with this idea which we instantly loved. It was the perfect vibe for hope coming out of the tough time we all went through together over the past 2 years. Hope that after the rain pours, the sun comes out… and the beat goes on!”

Amassing over 300 million Spotify streams, New York City's Black Caviar has been solidified in the dance music world with genre bending music to fans across the globe. The duo's hard to categorize style comes from a wide spectrum of influences from Chicago house, New York City hip hop and Latin rhythms. With releases on Republic, Toolroom, Big Beat, Defected, Nervous, Heldeep, Dim Mak and Spinnin, Black Caviar’s Grammy-nominated gold-certified track ‘What's Up Danger with Blackway’ was featured on the ‘Spiderman: Into the Spiderverse' Soundtrack.