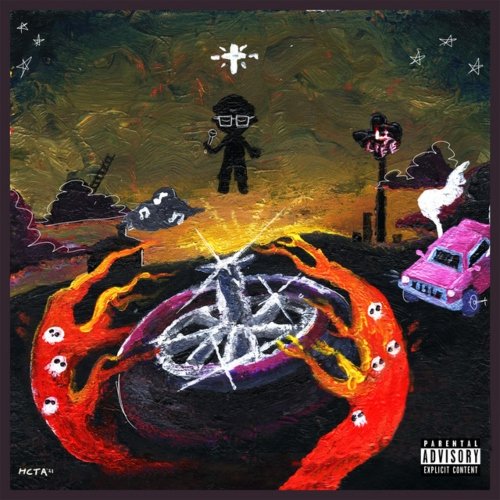 The first thing that will strike you about J Soulja’s newly released album, “More Than Nothing”, is HereComesTheArt’s incredible cover art which day ones will recognize as one of several covers designed by this local gem. Then, from the intro “Troubles”  through this no skips 10-track opus you will simply buckle in and enjoy the mastery that makes J Soulja such a standout in his city, Austin.

Aided and abetted by the board mastery that is Very Necessary CEO Steelo Foreign, the foundation of “More Than Nothing” was created in 2 six hour studio sessions on Thanksgiving and Christmas Day, during the height of the pandemic. As J Soulja put it, “With limited access to friends and family and the world in a seemingly downward spiral, the recording studio seemed like the only place that felt right to exist; the bare minimum, leaning on all you have cuz that’s all that matters, the subtle acceptance of mere necessities – it’s More than nothing.”

This album is J Soulja’s journey laid bare. The result of two gifted creatives with nowhere to go and no one to see giving it their all. It’s a journey worth taking and one, we think you will take often. It is also not the end of the road so stay tuned for tales of the next leg.