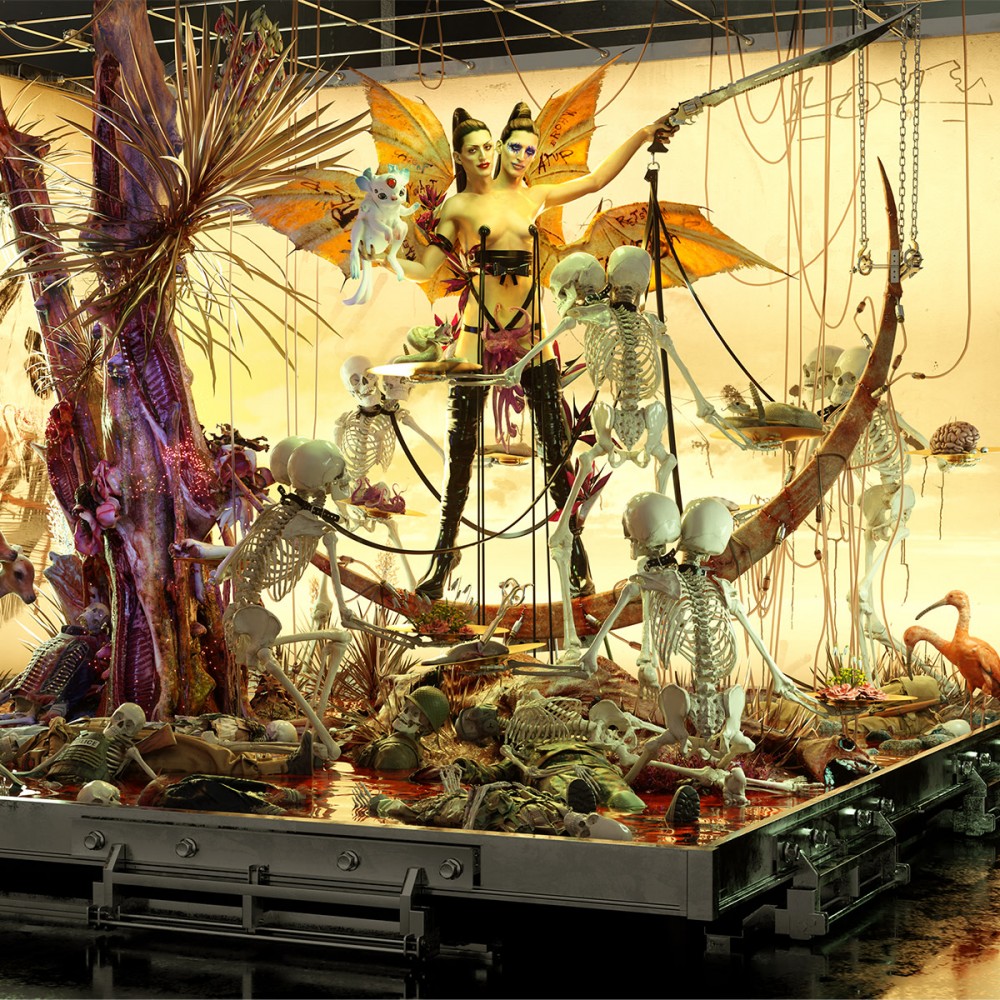 Arca has announced another new album, KicK iii, the third in the KicK album series. The second one isn’t even out yet. To help push the LP, she has released a new song from it “Electra Rex.”

KicK iii will be released on December 3, the same day as KICK ii, so Arca fans will be eating good on that day. KiCk i was released in June 2020.

Arca says KicK iii is the “most incendiary entry in the kick universe,” calling it ”manic, violently euphoric and aggressively psychedelic.”

"For me KicK iii is the most incendiary entry in the kick universe. The album is a portal directly into the more manic, violently euphoric and aggressively psychedelic sound palettes in the series. ‘Electra Rex’ is a new archetype I propose in reference to commonly understood ideas of Freud regarding the oedipal complex - Oedipus Rex kills the father and unknowingly making love to the mother. Electra complex posits the binary opposite: killing the mother and unknowingly making love to the father,” explains Arca.

"And so I am the first to propose a non-binary psychosexual narrative to avoid falling into the same generational tragic blind spots. ‘Electra Rex,’ a merging of both names, an integration of both Oedipus Rex and Electra: Electra Rex it kills both parents and has sex with itself, and chooses to live.”

You can see the tracklist below and get ready for 25 songs from Arca on December 3. The albums will be released on XL Recordings. Pre-order KicK iii here.