London-based Angel D’Lite has announced the release of her debut EP ‘Dolphins Have Sex For Pleasure’. It will be released on August 14 Banoffee Pies Records.

As her regular show on Netil Radio ‘J’adore hardcore’ might suggest, Angel D’Lite is a big fan of hardcore and NRG. In her sets at London queer-focused night Big Dyke Energy, she’s intent on bringing the fast tempos fun back to nights out.

Simply by looking at the title, ‘Dolphins Have Sex For Pleasure’ does just that. Consisting of three club-focused tracks and a remix from JAY, the EP is a lesson in not taking yourself too seriously.

Read this next: Pushing back: women are dismantling the hardcore boys’ club

Angel D’Lite treats us to two versions of ‘Crystalz’; the original is a clattering breakbeat-littered whirlwind of a track, replete with airy synth drones and a late 90s/early noughties-esque vocal sample, where the diamantè mix is slowed right down for a more chilled out groove.

‘Dance Like Dolphin’ is 90s in the extreme: it’s jungle laced with laser-like synths topped off with a subtle but pounding kick. JAY’s remix is far more minimal in its approach, but packs just as much of a punch.

Listen to 'Crystalz' below and preorder your copy here. 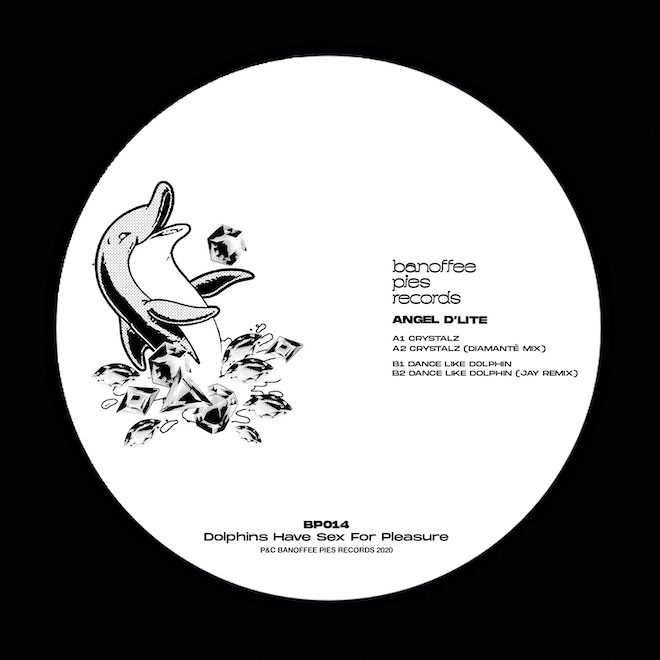