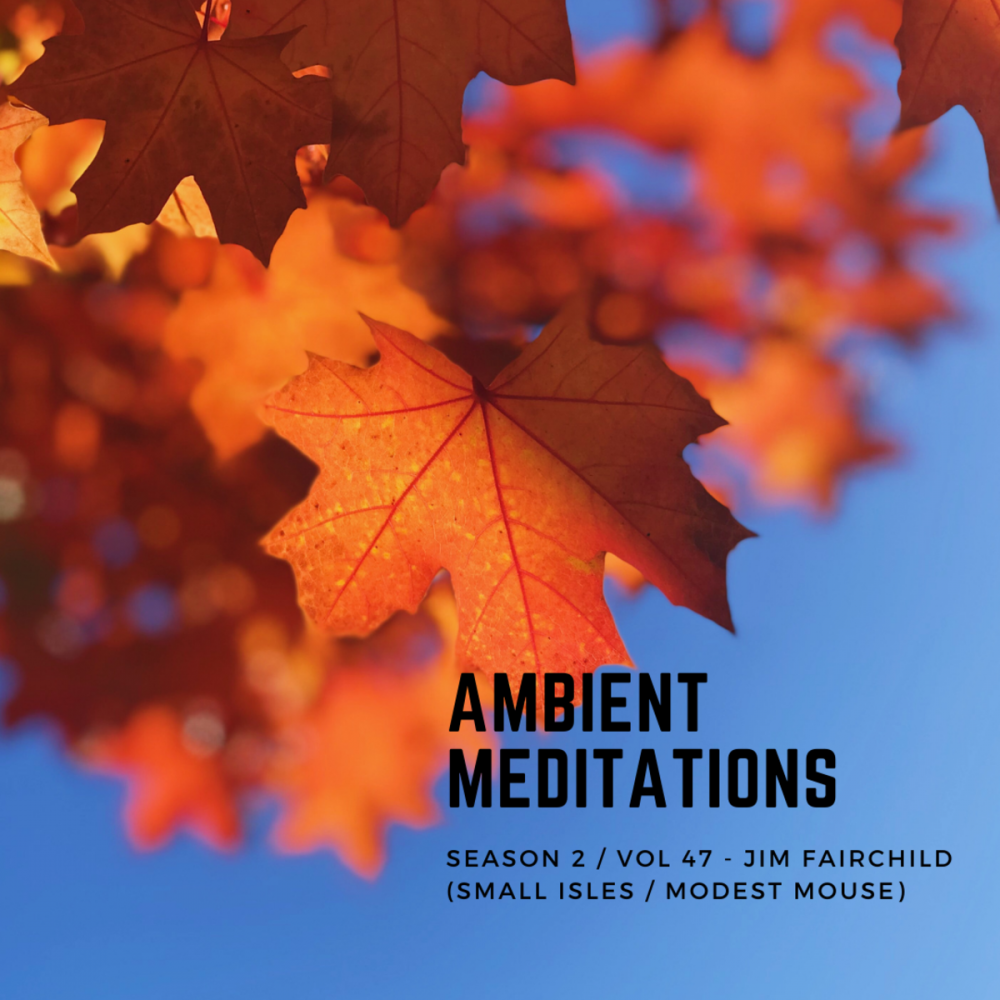 We are back from the summer break with a great guest mix from Jim Fairchild (Small Isles / Modest Mouse) that will perfectly ease you into the fall vibes. His new album The Valley, The Mountains, The Sea is out now on AKP Recordings and is a lovely ambient-ish, plucky, sparkling wonder of work - also perfect for your autumn soundtrack lineup. We will be working on trying to keep this going weekly and lining up some great guests for the final stretch of season two. So chill the last of your rosé, break out your sweaters, and bask in the changing of the leaves. Welcome back fall, we are ready for ya!

10) A Winged Victory for the Sullen - Desires are Already Memories

"I created this playlist in tribute to late-night Los Angeles. When I'm there, it's my favorite time. Driving around during the day, the sepulchral enormity of it all invariably requires some uplift. My listening then is confined to a world of podcasts and songs. Verses and choruses, stories and hooks. I need help getting anywhere but here. Someone else has to do the work for me, there is too much to concentrate on. At night though, the expanse feels revelatory. There is a lot more promise in the lights and hills. Space to dream. It isn't only in Los Angeles, or specific to most any town or city. I think this is the case with any sort of late-night motion, no matter where I am. There is less revealed visually at night obviously. More implications. In this music, with no presence of narrative and the perspectives existing only as hints, not positions, I find space for my imagination to fulfill the potential of expanse before me. These songs are for that." - Jim Fairchild/Small Isles

The new instrumental project of guitarist Jim Fairchild (Grandaddy / Modest Mouse / All Smiles) and songwriter/composer Jacob Snider (named Best New Artist by NPR-affiliate WXPN-Philadelphia), Small Isles inhabits a rare hypnotic twilight between motion picture music and incandescent cosmic folk. At once a love letter to film soundtracks and a meditative balm for our troubled times, 'The Valley, The Mountains, The Sea' was recorded by Fairchild on a bare-bones mobile rig while on tour with Modest Mouse, in the cracks of time between soundchecks and performances, from city to city, in darkened hotel rooms and over-lit backstage dressing rooms, giving the album a sense of intimacy, of stolen time and weary after-show solitude.

Playfully conceived as an imaginary score to an imaginary film in the spirit of the 90s sleeper classic 'The Ice Storm', the album is cinematic in a homespun way, at times recalling the innovative film music of Hildur Gudnadottir and Oneohtrix Point Never telescoped through a back porch Sigur Ros or the delicate cobwebs of barely-there slowcore Americana.

A linchpin track off the album, 'Life At One' is imprinted by Snider's chorale-like humming and an emotionally riveting video by animator Riley Thompson. In the words of Fairchild, "It's one of the first songs that we worked on together and became the spiritual center for the album. I wrote the central musical themes and once Jacob's voice entered the picture, providing the autumnal glow, the song became what it was supposed to, and pointed the way to so much more music."

About the beautifully evocative video, Fairchild had this to say, "I had this vague concept of a person facing down their mortality and then finding redemption and purpose. Where Riley took the song was beyond what I'd hoped for. It is heartbreaking in the best possible way, without becoming didactic. He is also making a chopped and screwed version of the video which will serve as a chaptered visual accompaniment for the whole album. Riley's work brought the whole album to life in a way I'd hoped for but couldn't have imagined."

Small Isles will be playing select shows later in 2021.

The Valley, The Mountains, The Sea

8 - The Plot to Take Clover

AKP Recordings is an imprint of Dangerbird Records launched in 2020 as a creative hub that encourages artists to engage the unknown through experimental music and visual art. The label has released albums by Jason Lytle (Grandaddy), John Herndon (Tortoise), Victoria Williams, Randy Randall (No Age), Tim Rutilli (Red Red Meat, Califone), Bill Baird, the art studio Arthur King, as well as remixes by Four Tet, Laetitia Sadier and others in a broadly unified series of music releases, video integrations, and art installations.

"The Arthur King Presents series was inspired by my deep exploration of Brian Eno's works and philosophies," says founder Peter Walker. "In the mid to late 70s Eno developed and curated Obscure Records, which put out a limited number of releases in conjunction with Island Records. It was a serious space for cutting-edge experimental music. I think there's room for that kind of thing today."