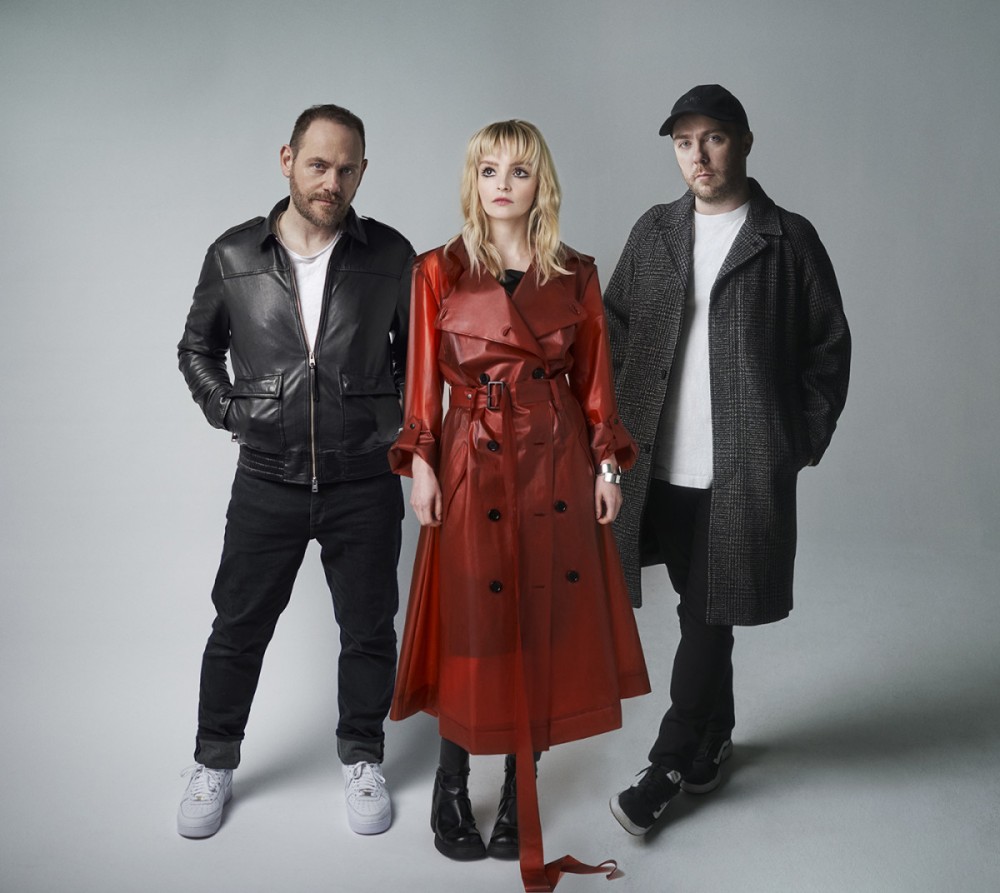 Highflying synthpop band CHVRCHES have released their new album Screen Violence. The band’s fourth album embraces the title, which was originally a potential name for the group. Commenting on a world increasingly separated / connected by screens, the LP was fitting recorded almost entirely remotely between Los Angeles and Glasgow where they self-produced and mixed the album via video calls and audio sharing programs.

“To me, the screen aspect was a bit more literal. When we were making the record, it was like half of our lives were lived through screens. What began as a concept was now a lifeline,” says Martin Doherty.

They hone in on that throughout with lyrics on “California” as Lauren Mayberry repeats, “pull me into the screen at the end.” It also isn’t lost on me that I am writing this piece staring at a screen, and likely anybody reading this will be staring at a screen as well.

Much of the project has the big, bold synthpop one expects from the group. “Good Girls” explodes with energy, driven by Lauren Mayberry’s vocals about girls not adhering to the status quo with a free spirit.

“It was about grappling with the idea that we’re always told that bad things don’t happen to good girls, and if you do all these things and you make yourself small and safe, then you’ll be okay, then you’ll be acceptable, and I don’t find that that is true,” Mayberry explained to Annie Mac.

However there are some variations from that, incorporating darker goth pop with The Cure’s Robert Smith on “How Not To Drown” or “Nightmares.” They also add some breezy indie rock to “Final Girl.”

CHVRCHES have been among the very best at making vocal synthpop since their debut a decade ago. They quickly honed in on it from the start and continue to build on it with Screen Violence. Tackling the very modern issues of our time, especially with screen use that has sky rocketed in the pandemic, CHVRCHES deliver some of their best work yet. The collaboration with Robert Smith was perfectly chosen for this project, giving it a darker edge sonically to match some more harrowing vocals throughout. It is some of the group’s best and deepest work in years. Pick up your copy here.