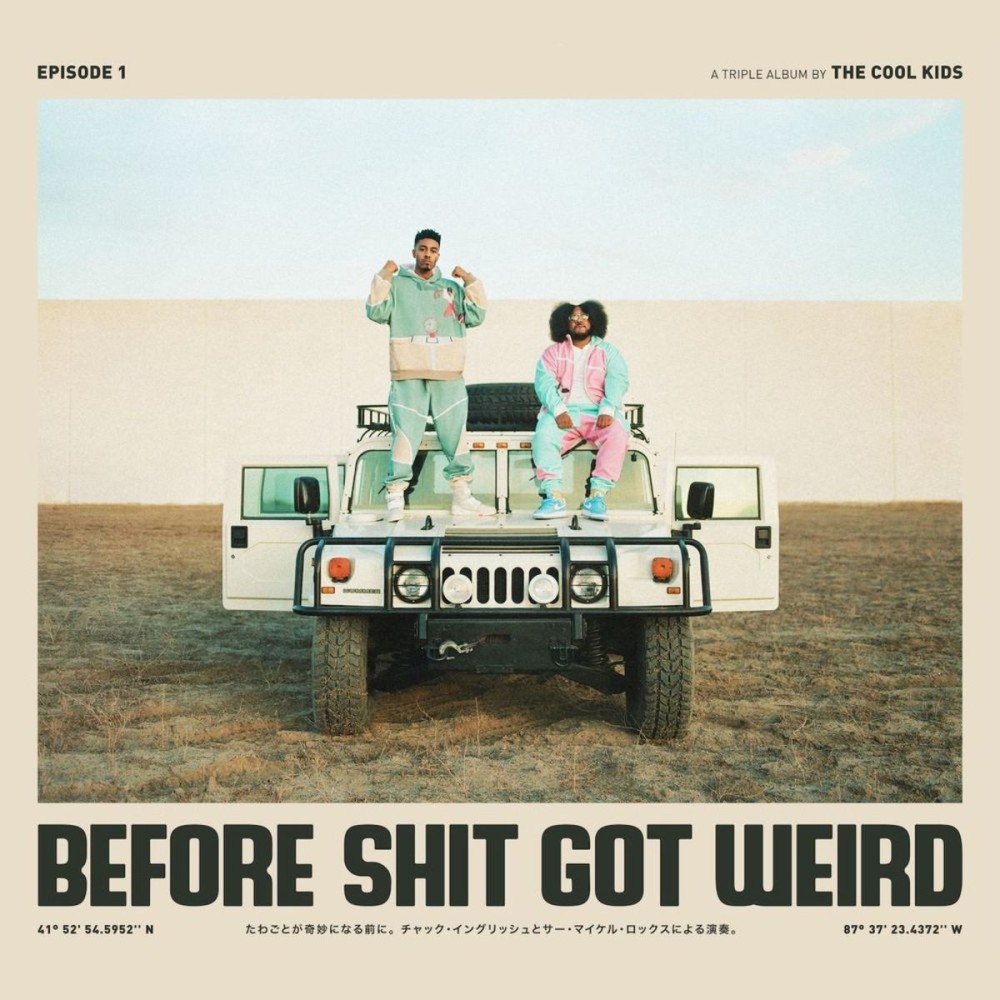 The Cool Kids are back and maaan are they back in 2022. The Chicago rap/production duo has released a new album Before Shit Got Weird, which is the first of three-part, triple album. Normally with these larger projects, it can be one album broken up into three parts that are almost EPs on their own. They said fuck that and dropped a 21-track album for part one. Episode one features JID, Guapdad 4000, Key!, Larry June, 6lack, Chance The Rapper, Pac Div, Don Cannon, Nic Jr, Gabby!, Pell, A-Trak and EMPD.

The project uses skits to situate itself way into the future. Judging from end of “SCAM LIKELY” where a radio host from WTMF who talks about “blazing hits from the ‘90s and 3000’s” we are way in the future. As the host says, this isn’t your “grandparents’ trap music.”

Even if it doesn’t have some of the typical hallmarks of music that claims to be futuristic with twisted electronics, the album keeps things brisk over an hour. There are plenty of bangers like “TOO BAD” with Pell and A-Trak or “IT’S YOURS, PT. 2” that balance with the other songs focused on rapping rapping. There is plenty of bounce on this album as the group raps about life, crypto, getting sneakers in London, women, money and more in a way that should appeal to both old and new fans.

One small complaint would be that the “Theatrical Trailer” feels like a great way to end the album and then there are three more tunes, including with the don himself, Don Cannon, who is always welcome. More music is good, but it feels like a fitting ending on the skit.

The Cool Kids were vital rappers in the nascent era of internet rap with albums and mixtapes in the mid to late 2000s. Now after a short period in between official artist albums, they are ready to dominate 2022.

The wait won’t be long for episodes two and three. That's A Baby Oil Staircase / Chillout, Episodes 2 & 3 of the triple album, will drop on March 21. Get your copy of Before Shit Got Weird here.