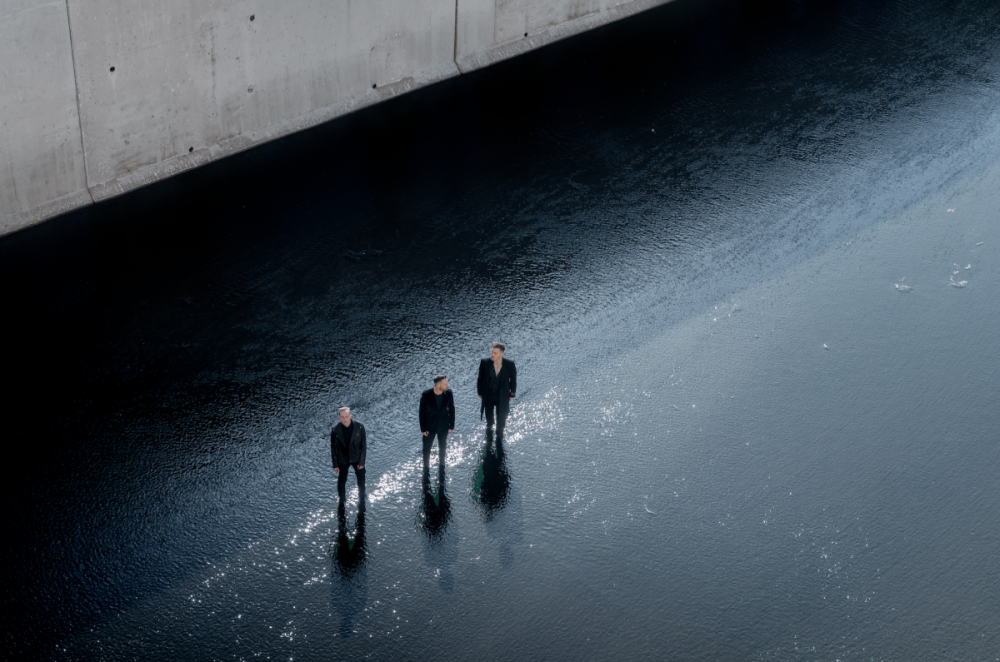 There have been few success stories in dance music like RÜFÜS DU SOL over the past five years. The Australian trio has grown from a band with a very strong following in Australia to now an act that headlines festivals around the world and can sell out multiple nights at small stadiums. Things really began to ascend with their early 2016 album Bloom, which subsequently saw them tour furiously around the world. Then SOLACE arrived in 2018, propelling them to bigger shows. Now almost exactly three years since SOLACE, they have released their fourth album Surrender.

SOLACE added bigger, bolder and occasionally darker songs to their discography. It felt like the time on the road, seeing what tracks get the biggest reactions, was internalized and channeled into their music. It chronicled lost love and heartbreak as they goes through the various stages of grief related to it.

Surrender doesn’t veer too far from that theme (rough time in the crew it seems). Singer Tyrone Lindqvist exclaims he is “on his knees again” with in “On My Knees,” before then understanding on the ballad "Wildfire" that whoever broke his heart runs hot and will do what they want with touches of electric guitar.

Sonically, there are some similarities with SOLACE. It captures the dark, brooding side of their work with some thumping house beats underneath on many of the songs to provide danceable heartbreak anthems.

“I Don’t Want To Leave” switches things up with skittering drums and the boisterous synths one would want from them. The track has all the makings of a new set closer (though “Innerbloom” probably still reigns supreme) as Tyrone Lindqvist exclaims “I don’t want to leave right now, stay with me for one more night.”

Some of the previous singles like “Alive” give the project the soaring thump it needs. Not everything is dark and thematically gloomy. The title track “Surrender” is one of the brightest of the bunch as they harmonize with Curtis Harding and a children’s choir with a slow, eyes-closed sort of drop one might hear from a remix of their songs.

There is the tradition for their albums to finish on a long and slow-building track. There won’t be another “Innerbloom,” but they carry that ideal into Surrender with “Always,” another gentle, proggy burner.

RÜFÜS DU SOL delivers the goods again for their fans with Surrender. There are the bright, soaring and cheery moments that explode out of the speakers, in addition to the heartbreak and chugging beats that underpin much of the record. They have mastered the live feeling of progressive, melodic and dancefloor-ready electronic music. It will be great to hear all of these tracks live when they add more energy to their songs. Get your copy of the album here.